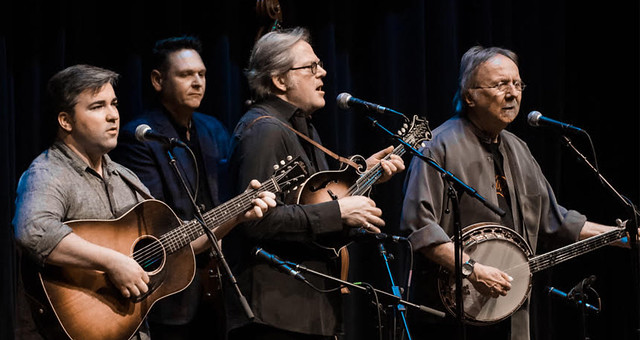 Guitarmaster John Jorgenson released From the Crow’s Nest, a new album with John Jorgenson Bluegrass Band, or J2B2, in July via Cleopatra Records. John and the band perform their new songs at City Winery on Wednesday, Jan. 2.

The gents recorded their latest album at Sheryl Crow’s studio in Nashville. In a performance at BMI Theater in Nashville on June 28, John said, ““One of the goals of this album was to bring new material into bluegrass,” according to a report from CMT.

Watch John Jorgenson Bluegrass Band performing “Wait a Minute” at Music City Roots Live from The Factory on May 10, 2017:

In a review of the ensemble’s first show, the International Bluegrass Music Association said of J2B2, “There was warmth, and storytelling, and lots of laughter as this fresh band of legends made their debut… but with their expertise combined, you would think they had been playing in this configuration for years.”

Yes! Weekly hailed J2B2 as “some of the best string players in the world.”