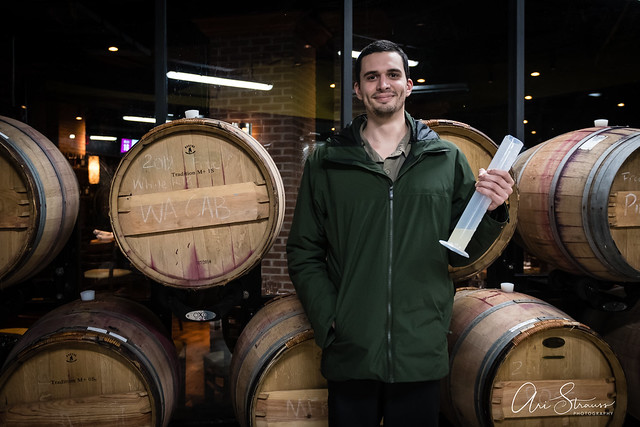 In April, DC’s City Winery will celebrate its first year, and it’s planning some celebrations for that month. As regular concert attendees at City Winery Washington DC, Parklife DC meanwhile visited the winery on a team tour. We heartily recommend you book your own tour after reading these notes on our experience!

As the DC winery is still relatively new, it has not yet produced its own wine in-house, but Winemaker Adam Drici is hard at work on creating a 2018 Sauvignon Blanc, made from California grapes, which should debut prior to the DC winery’ first anniversary. We had a sneak peek of that wine, which was quite delicious with a pleasantly surprising touch of tartness. Our sample was a bit cloudy as the wine was still settling, but it was very nice indeed.

For now, City Winery DC offers the wines make by City Winery New York City. The City Winery enterprise receives its grapes from 31 different vineyards across the country, including grapes from California, Washington, New York, Virginia, and other states. Generally, the individual City Wineries make their own wines once production is up and running, although they do share wines when supply runs low. 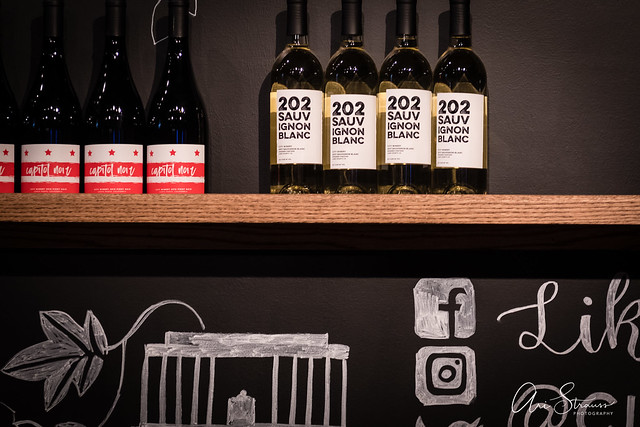 In our tour, Parklife DC sampled the City Winery 2017 Sauvignon Blanc, made from grapes harvested near Kelly Lake in California. The wine demonstrated a bright acidity, and it was intended to accompany food.

“All of the wines we make are intended to be drank with food, and we drink them young,” acknowledged Justin Harrison, City Winery National Director of Wine Sales and Marketing.

We also sampled the 2017 Rooftop Rose, a rose with a surprisingly intense ruby color rather than a usual pink. Justin told us the powerful syrah grapes, sourced from California, lend the rose its deeper-than-usual hue. The wine tasted of candied strawberries, with a strong fruit-forward presence.

Often, touring artists will co-brand a selection of wine with City Winery. City Winery will offer these special variants of their wine bottle for sale as merchandise for sale during the performance of your favorite artist. (Parklife DC recently enjoyed the syrah rose cobranded with blues duo Hot Tuna, for example.)

Check out the calendar of live shows coming soon to City Winery DC.

When you enter City Winery DC, the first floor greets you offering an expansive bar for ordering wine and spirits and a selection of tables for a full dinner menu. Hidden on the first floor is the wine fermentation operation, which you can visit on a tour, and the VIP room, which you can visit during a class or book for a private dinner or reception. The VIP room holds about 40 people, and City Winery hosts eight to 10 classes a month on topics ranging from wine to cocktails to various liquors — and how to drink them.

The second floor of City Winery is the main concert hall. It holds roughly 320 people, and there is not a bad seat in the house. Michael Dorf specially built the concert hall stage in a central location on the floor so that sightlines were straight from any point in the room. City Winery lights performances with state-of-the art lighting, and every City Winery location is outfitted with a top-of-the-line sound system provided by Meyer Sound. Of course, these details undoubtedly helped City Winery DC take first place in our annual Thrushie Awards for Best DC Concert Venue in December.

The third floor of City Winery is the wine garden level. This versatile level offers a secondary stage where acts can play to a smaller or general admission crowd. In the winter, it is enclosed, but City Winery opens the floor on sunny days during the rest of the year.

The fourth floor of City Winery is the rooftop level, which can also be booked for private parties. It is a striking space with a full bar and room to dance or mingle.

Book your own tour of City Winery DC. A 45-minute tour costs $40 a person, and it’s sure to please wine aficionados and newbies alike.

Here are some pictures of City Winery DC on Parklife DC’s January 2019 tour of the facility. All photos copyright and courtesy of Ari Strauss. 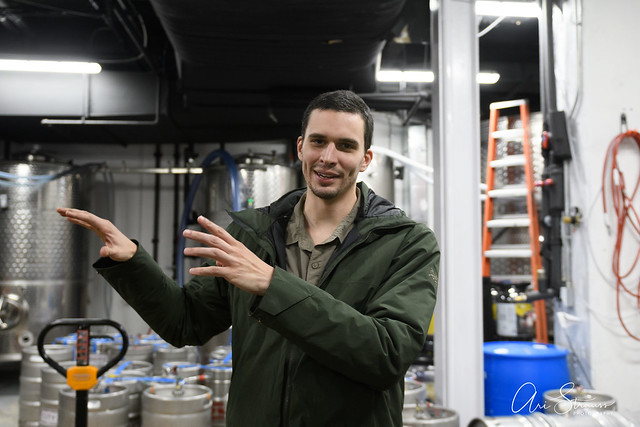 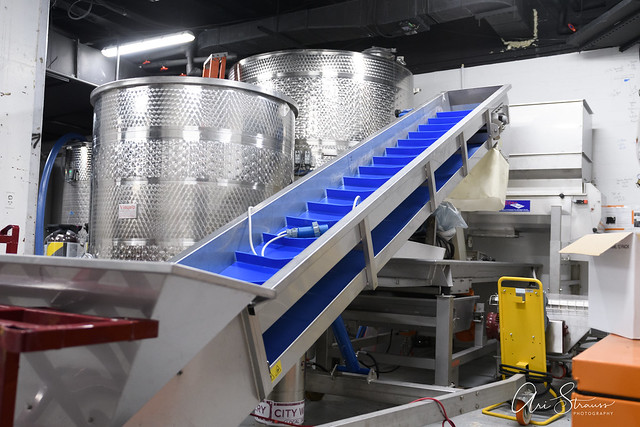 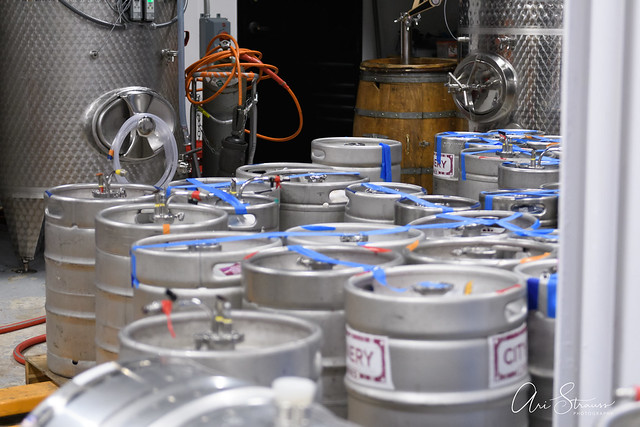 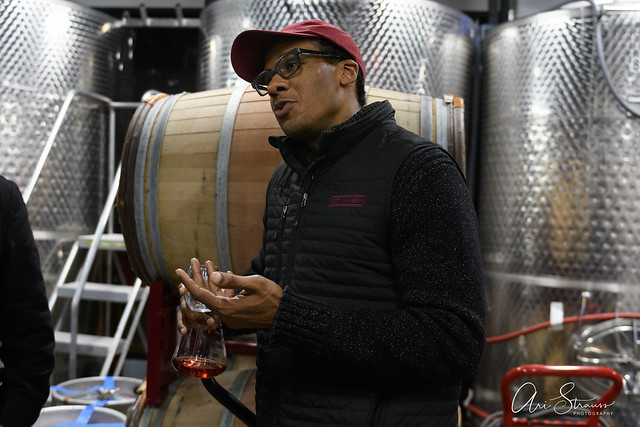 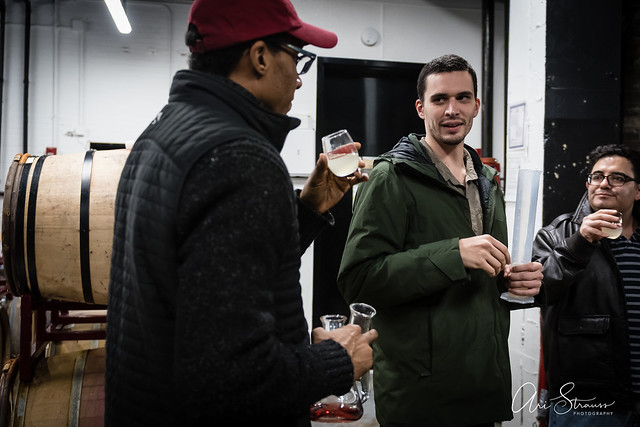 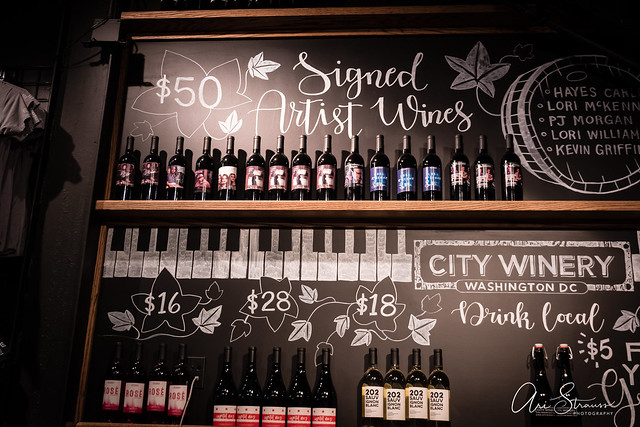 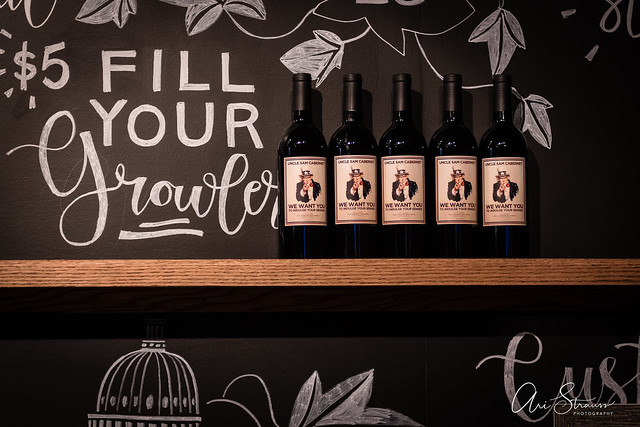 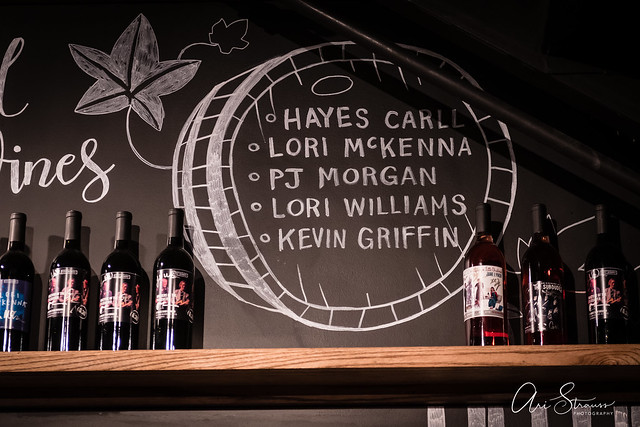 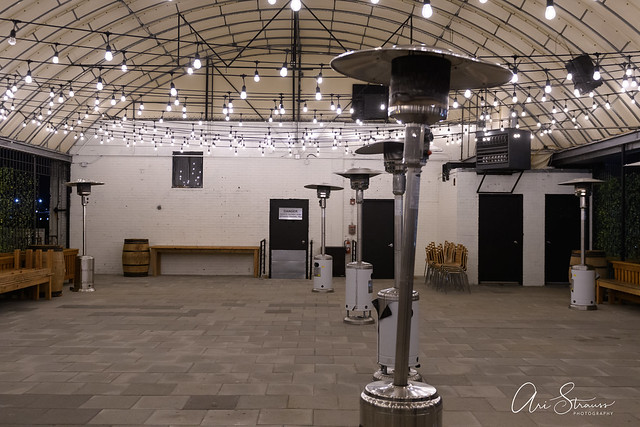 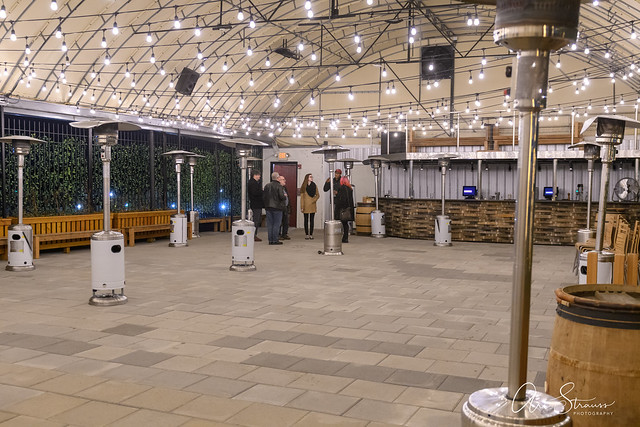 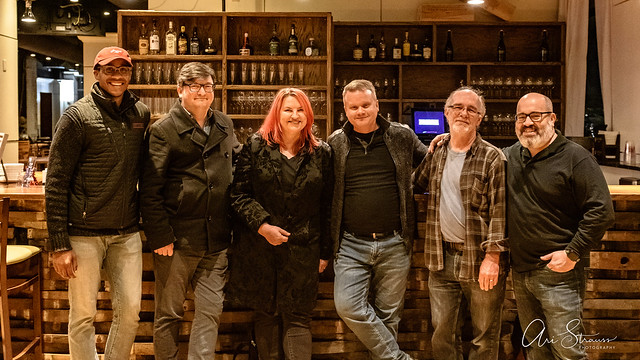