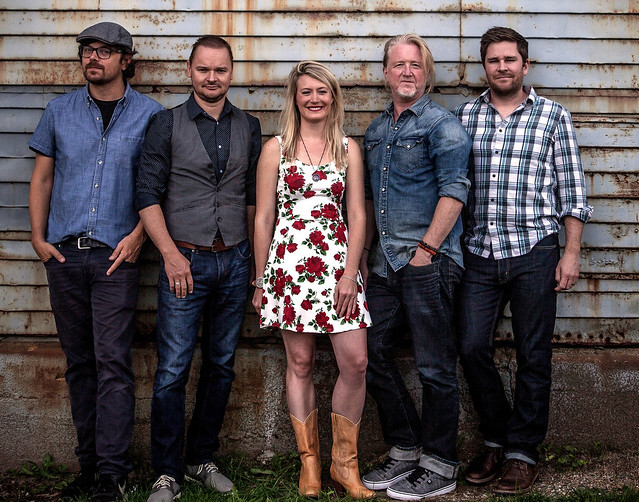 In 2017, Gaelic Storm released Go Climb a Tree, the California collective’s 13th studio album. Upon its release, the band said, “With all the craziness and division in the world, we wanted to make an album about ‘contemplative escapism.’ Go Climb a Tree certainly isn’t about dropping out of the conversation, it’s just about taking a short hiatus to recharge the batteries before you take on the world again. Sometimes you just need to take a break, get away, and go climb a tree.”

Of course, founders Patrick Murphy and Steve Twigger may still be most famous for appearing in the original lineup of Gaelic Storm when the band appeared in the film Titanic as the steerage band, performing “Blarney Pilgrim (Jig),” “John Ryan’s Polka,” “Kesh Jig,” and “Drowsy Maggie.”

Stream “An Irish Party in Third Class” (including “John Ryan’s Polka” and “Blarney Pilgrim”) by Gaelic Storm on Spotify:

In a recent review for The Lantern, Emily Hetterscheidt said a Gaelic Storm show was more like a fun house party than a formal show at The Ohio State University.

“The songs were fun and ensured that there was never a dull moment throughout the concert, but the most impressive thing about the concert was the instrumental talents among the band members. Each member played multiple different instruments during the show in the traditional Celtic style, and no one seemed to fall off or clash at any point,” Emily wrote.