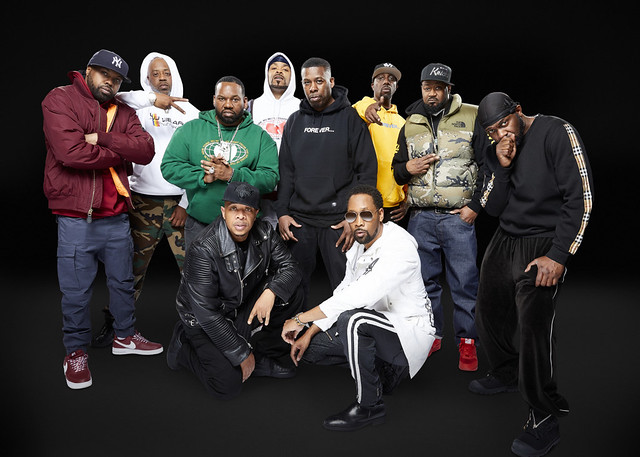 The legendary Wu-Tang Clan will gather at Franklin Music Hall in Philadelphia for two nights — Thursday, Jan. 24, and Friday, Jan. 25. Friday is sold out, but you can see Wu-Tang tonight! Check out our recap of their recent appearance in DC at The Anthem and make plans to see these masters of hip hop.

For NPR Music recently, the Wu-Tang Clan performed a medley of hits from their iconic catalog, celebrating the 25th anniversary of their debut album — Enter The Wu-Tang (36 Chambers). With backing from the string collective The Green Project, the Clan ran through posse cuts like “Triumph,” “Protect Ya Neck,” and “Y’all Be Warned,” as well as hits like “CREAM” and various verses from certain members’ solo projects (notaby “Glaciers of Ice” (Raekwon and Masta Killa), “Winter Warz” (Cappdonna and Masta Killa), and “You Don’t Want To Dance (U-God)), in addition to a thought-provoking freestyle from RZA.

For Parklife DC, Will Colbert said of Wu-Tang’s show, “The packed house erupted when Wu mastermind RZA stomped onto the stage rhyming to ‘Bring da Ruckus.’ The rapper/producer announced that the group was going to perform the entire 36 Chambers album from beginning to end. They would tackle each song in the same order as the album’s tracklist. I would know. I literally wore out the cassette shortly after its 1993 release. The words may have rubbed off the plastic casing, but the song order is forever burned in my memory.”

Make memories with the Wu-Tang Clan in Philadelphia!