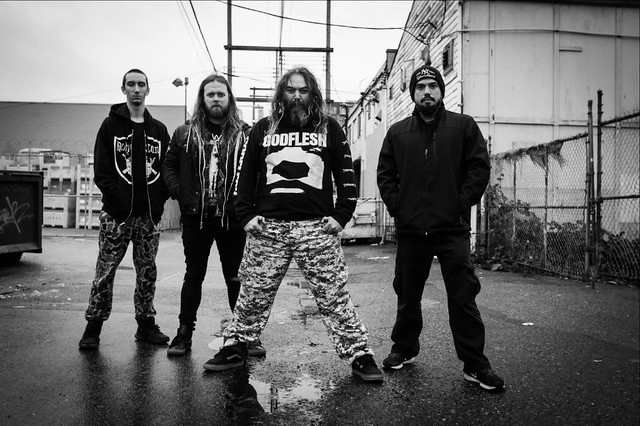 Soulfly recently released Ritual, a new album, via Nuclear Blast. The heavy metal quartet are touring with a stop at Cafe 611 in Frederick, Maryland, on Thursday, Feb. 7.

On the new album, Ross Dolan of Immolation appears as guest vocalist on a Soulfly song called “Under Rapture.”

“It was really exciting for me to be part of new SOULFLY album,” Ross said. “‘Under Rapture’ is a crushing song and I was on board the second I heard it. It was truly an honor for me to have been part of this. I think it’s a sick song both musically and lyrically and I am really happy with the end result!”

Ross praised the collaborative spirit of Soulfly frontman Max Cavalera. ”This collaboration started last February when we were invited out as support on the ‘Return to Roots’ tour which eventually led to Max singing on the ‘Morbid Visions’ cover we did for the Death Is Just the Beginning comp. As fans, having Max part of this made it really special and truly meant the world to us.”

Watch a lyric video for “Under Rapture” by Soulfly featuring Ross Dolon on YouTube:

“Steeped in the lurching, groove-laden thrash attack of the band’s late-’90s/early-2000s heyday, Ritual evokes the savagery of Cavalera’s tenure with Sepultura, eschewing some of the more overt world music predilections that have come to define Soulfly over the years with something leaner and more uncompromising — some of that sonic fury can be attributed to producer Josh Wilbur (Killer Be Killed, Gojira), who has described himself as a Sepultura superfan,” James wrote.