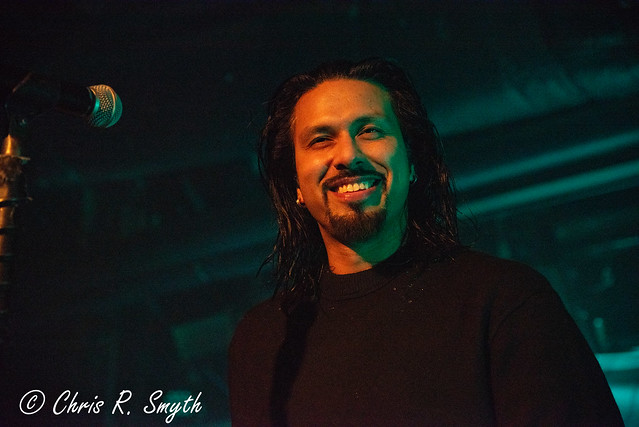 Pop Evil performs at the Baltimore Soundstage on Jan. 27, 2019. (Photo by Chris Smyth)

The crowd at the Baltimore Soundstage did not seem to care that it was a Sunday, as they packed the venue and created a club full of energy for the headliners of the night, Pop Evil.

Lead singer Leigh Kakaty mentioned that Pop Evil started as a cover band, and it appeared that they haven’t wanted to fully stray from their original iteration, as they managed to fit in three cover songs — “Are You Gonna Go My Way” by Lenny Kravitz, “Eye of the Tiger” by Survivor, and “I Alone” by Live — as well as a brief break into the chorus of “Bodies” by Drowning Pool in the middle of their own song, “Deal with the Devil.”

Touring in support of their 2018 self-titled album on Jan. 27, Pop Evil put their latest work on full display by playing eight songs from the album over the course of the set. Songs like “Colors Bleed” and “Art of War” were heavy and guitar-driven, and they got the show off to fast start. While later in the set the band slowed things down a bit with the trio of “Rewind,” “When We Were Young,” and “A Crime to Remember,” all songs which allowed the rhythm section of Matt DiRito and Hayley Cramer, on bass and drums respectively, to truly shine.

While it didn’t look like many people made an early exit at the end of the set, everyone who did remain was granted a truly exciting encore set as Pop Evil seemed to find another gear to ramp up their performance even further. The encore started with the band’s very first hit single “100 in a 55” and then went into “Waking Lions,” the lead song from their current album. The night concluded with “Trenches,” one of Pop Evil’s biggest hits and most aggressive songs.

It was a great show indeed. As evidence, here are some pictures of Pop Evil performing at the Baltimore Soundstage on Jan. 27, 2019. All photos copyright and courtesy of Chris Smyth. 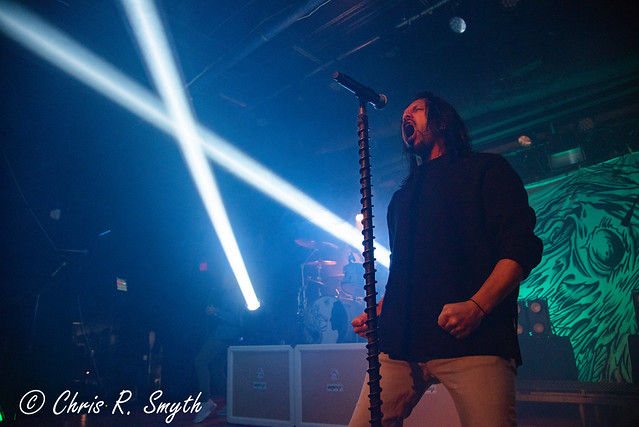 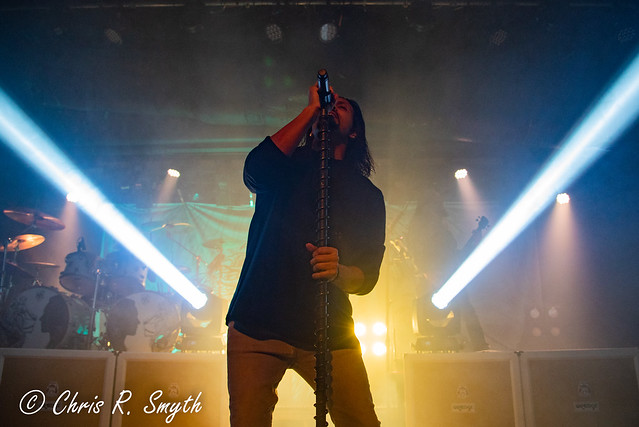 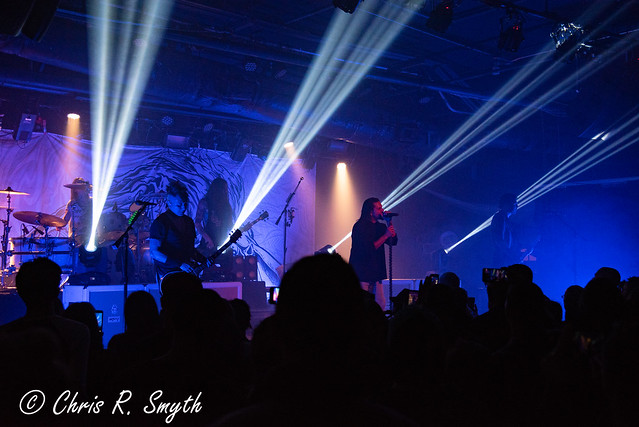 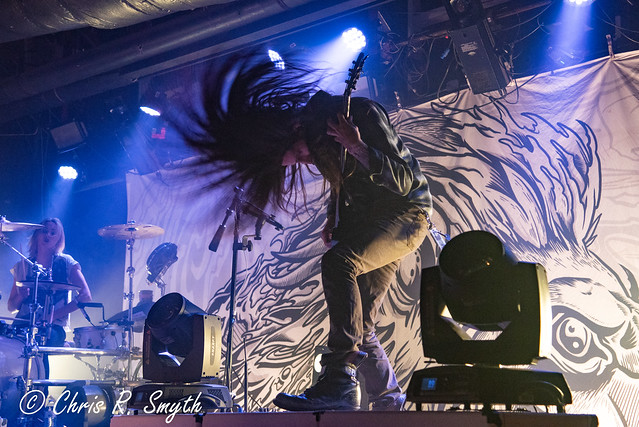 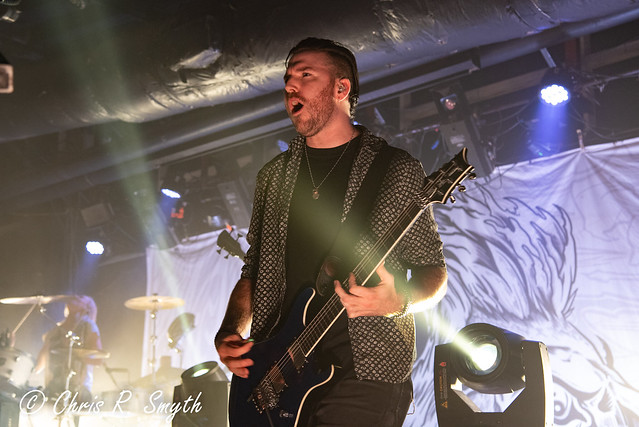 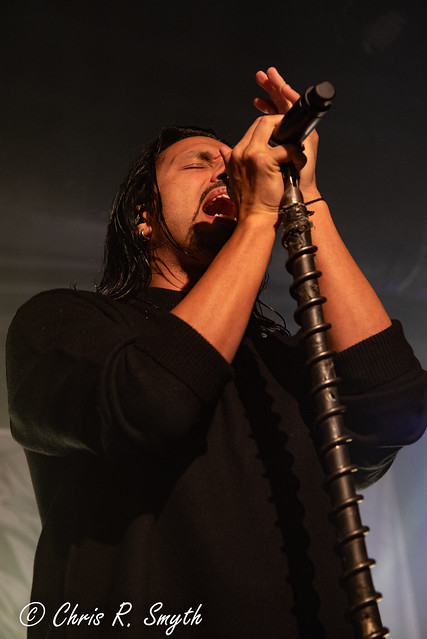 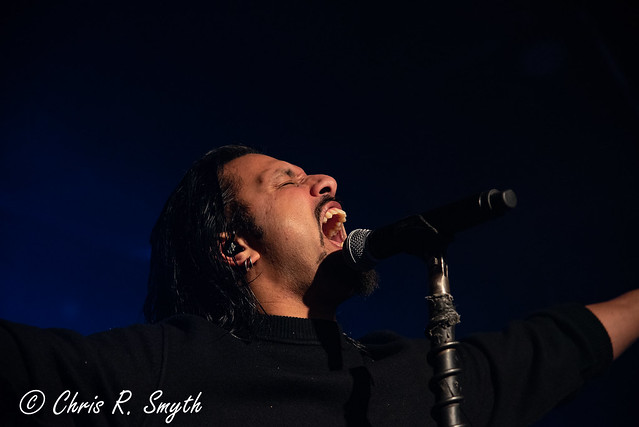 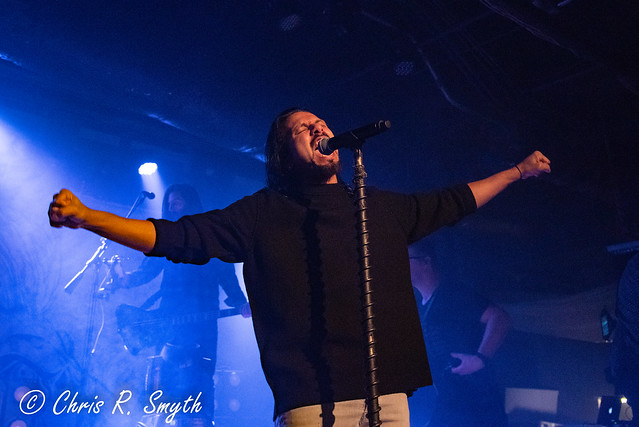 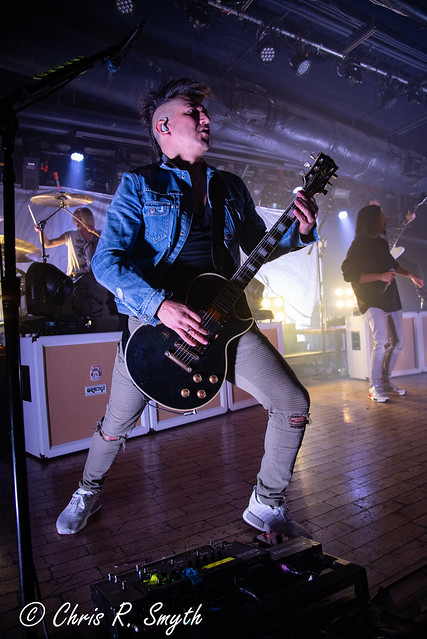 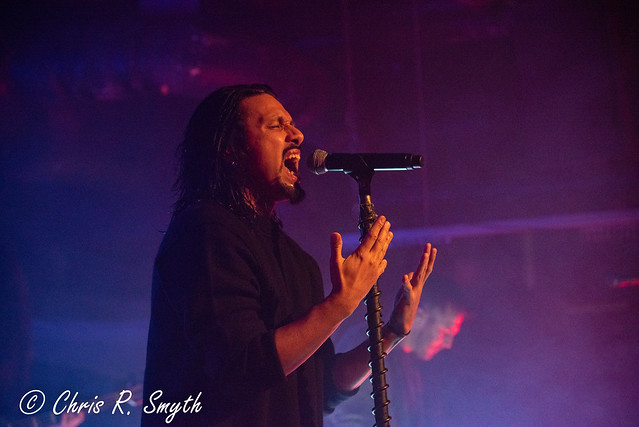 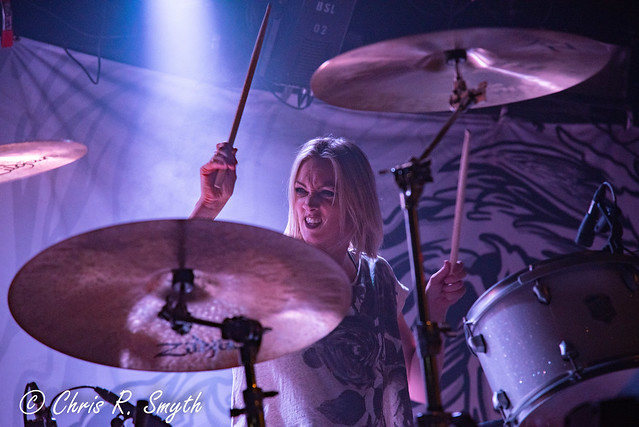 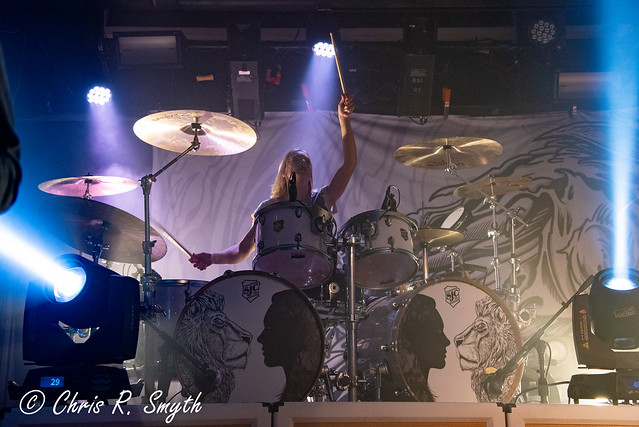 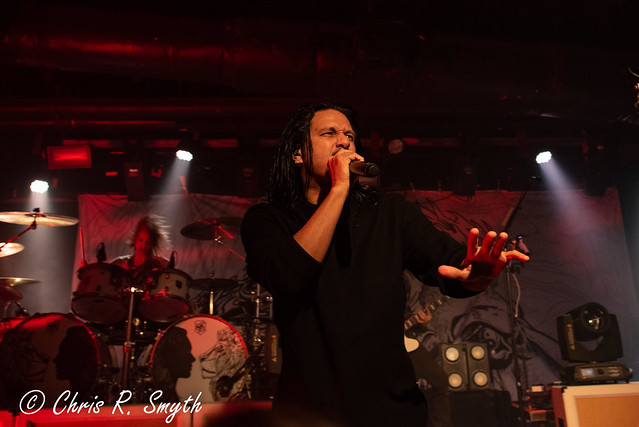 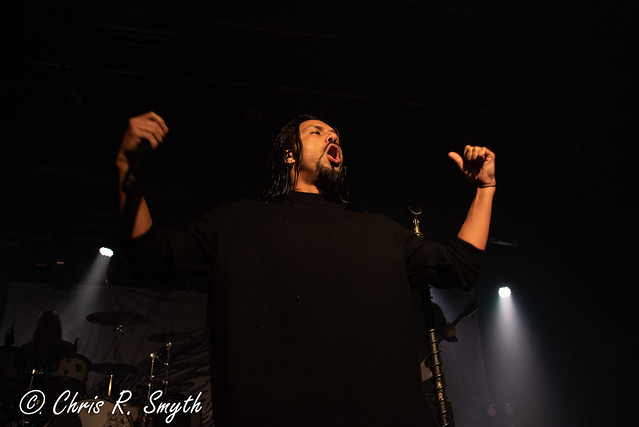 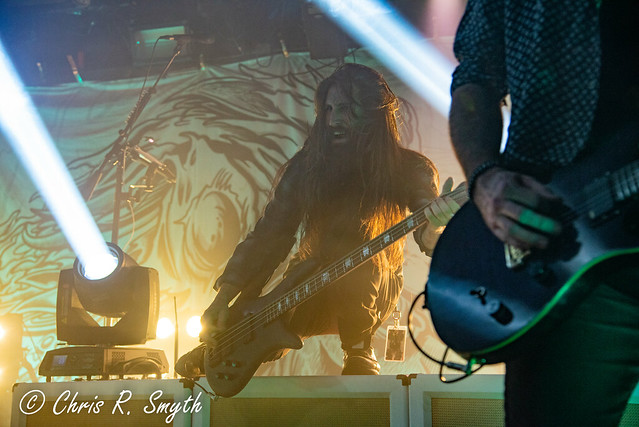