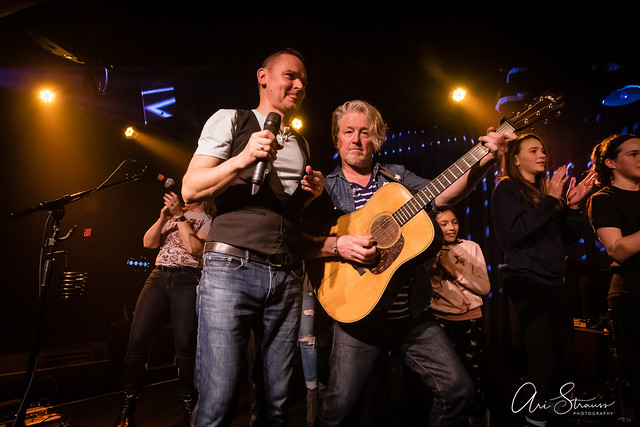 When Gaelic Storm took the stage at The Birchmere recently, frontman Patrick Murphy had his tongue firmly planted in cheek as he congratulated the capacity crowd for bravely trudging out in the, ahem, storm to attend a concert. (Earlier in the day, several area schools and employers had an early dismissal in anticipation of a snow and ice storm that never really developed.)

I met Gaelic Storm this past summer when they appeared at Appaloosa Festival, where I was working as an event photographer. Their set was a ton of fun to photograph, and I was relishing the opportunity to cover them once again. Fortunately, the weather cooperated and The Birchmere show went on as planned on Jan. 29. (It was actually the first of two shows for Gaelic Storm at The Birchmere!)

If you’ve not sure who Gaelic Storm is but you’ve seen the movie Titanic, well, you’ve seen Gaelic Storm. They were the steerage band playing to the Irish party in third class.

Gaelic Storm’s genesis dates to 1996 when Patrick Murphy, a native son of Cork City, Ireland, worked as a bartender/manager at O’Brien’s Irish Pub and Restaurant in Santa Monica, California. He bonded with three other lads — Steve Twigger, Steve Wehmeyer, and Uillean piper Brian Walsh — to form a pleasure band to perform at the pub. They performed at O’Brien’s frequently for about a year when they crossed paths with a Hollywood music director.

“He saw the craziness in the pub and liked how much fun we were having on stage,” recalled Patrick in an interview portion of their 2006 DVD, Gaelic Storm Live in Chicago. “He asked a simple question, ‘Do you want to be in a movie?’ and we said, ‘Sure!’ It turned out to be Titanic. We auditioned for it and got the part [as the steerage band]. We recorded the music in Sony Studios in Los Angeles, and then we went down to Mexico for about 10 days and met [Leonardo] DiCaprio and Kate Winslet and James Cameron and the entire crew. We had a fantastic time down there. After every shoot, we went back down to the hotel, and we just continued the music and had a great party. We met a lot of friends down there. We were very sad to leave, and about a year later the movie came out, and we couldn’t believe what we saw on screen and before you know it, we were in the biggest movie of all time.”

The appearance in Titanic catapulted Gaelic storm into stardom overnight.

“It was pretty instant — the phone started ringing pretty much straight away,” said Steve Twigger in a 2012 interview with the East Valley Tribune, a weekly newspaper from Phoenix, Arizona. “We avoided it [at first]; we really had no ambitions to take this any bigger than we already had. I had already had my ambitious phase and really wanted to keep it pure, simple, kind-of folky, and local. Gradually, we were tempted to go out to find bigger and better places to play and go on tours, and we really found that we could take a little show and bring it to thousands of people. The transition, after being scared, was actually really easy.”

As they say, the rest is history. The band has 13 albums to date and has performed in front of audiences around the world. Their most recent album, Go Climb a Tree, was released on July 28, 2017 via Lost Again Records.

Listen to Go Climb a Tree by Gaelic Storm on Spotify:

A Gaelic Storm show is a family-friendly show. The band encourages families of multiple generations come to the show together. Patrick took the time to give special recognition to two tables in the front where families with three generations present were sitting. He noted there were several children in the audience and expressed sincere appreciation to parents for exposing their children to live music at a young age. He quickly followed up with a message for the kids, “If your parents don’t buy you a Gaelic Storm T-shirt after the show, it means they don’t love you.” Everyone laughed.

Toward the end of the show, The band played “Rumpus” and set a cymbal at the front of the stage. A member of the band usually lunges at it with a percussion mallet. At The Birchmere, Patrick invited a young girl on stage whom he noticed was dancing her heart out in the aisle. He asked how old she was, to which she replied, “I’m 10, and today is actually my birthday!”

In unison, the crowd let out a big “Aww.” Patrick ordered the tour manager to make sure the girl got a free T-shirt. He then walked with her hand-in-hand to the far end of the stage where he instructed her to run with the mallet and make a flying leap at the cymbal. She did so to perfection, with glee on her face, until the song concluded and everyone exited the stage, leaving the girl momentarily alone and a bit confused. Soon enough, Gaelic Storm returned to the stage and invited all the children in the audience to the stage to assist with the encore numbers. It was an experience the children will likely not soon forget.

If you ever have an opportunity to attend a Gaelic Storm show, go! Bring your parents. Bring your children. Bring your drinking buddies. I guarantee you’ll have a good time.

Check out some photos from Gaelic Storm’s performance at The Birchmere on Jan. 29, 2019. All images are copyright and courtesy of Ari Strauss. 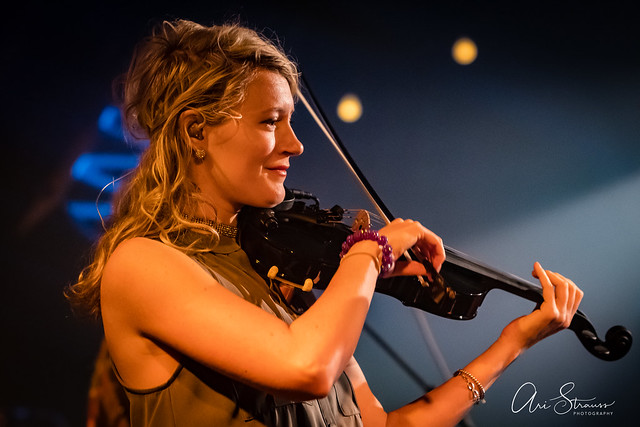 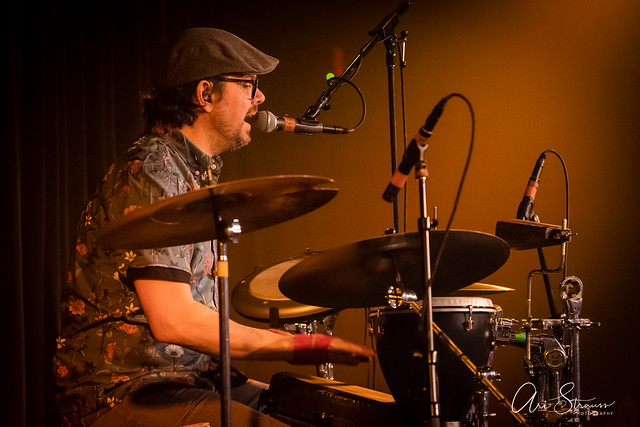 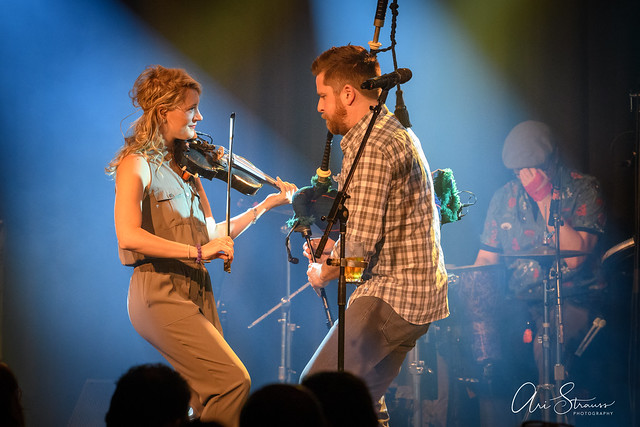 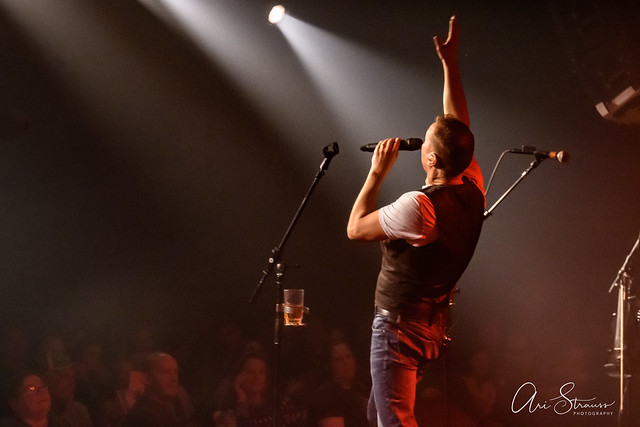 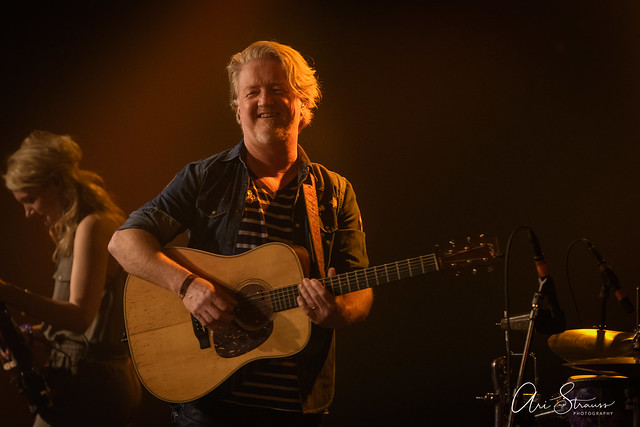 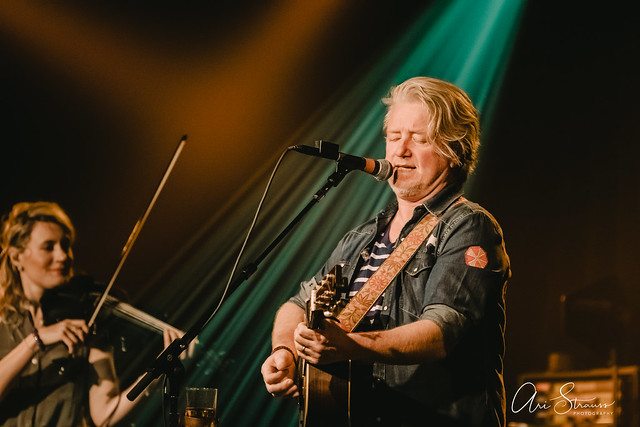 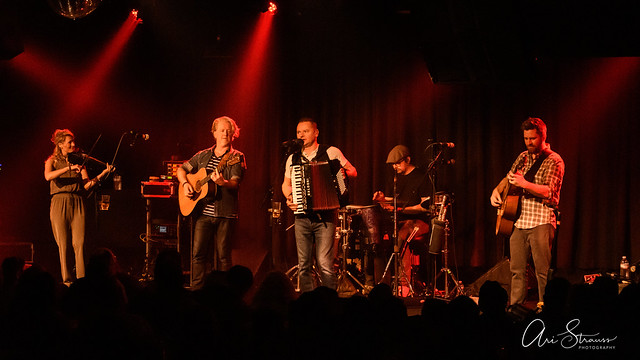 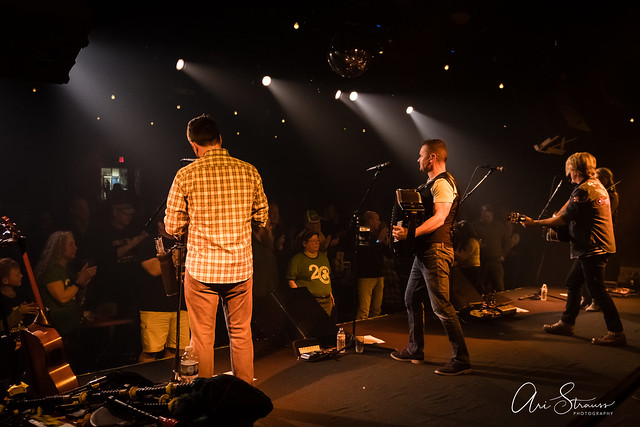 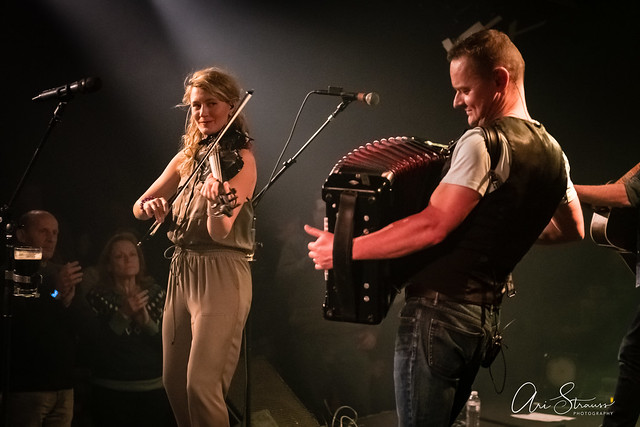 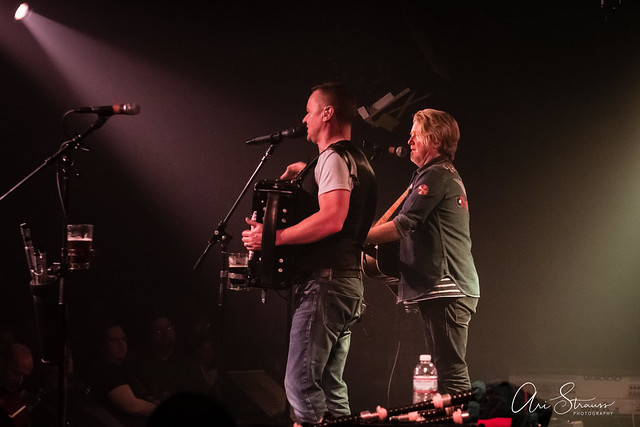 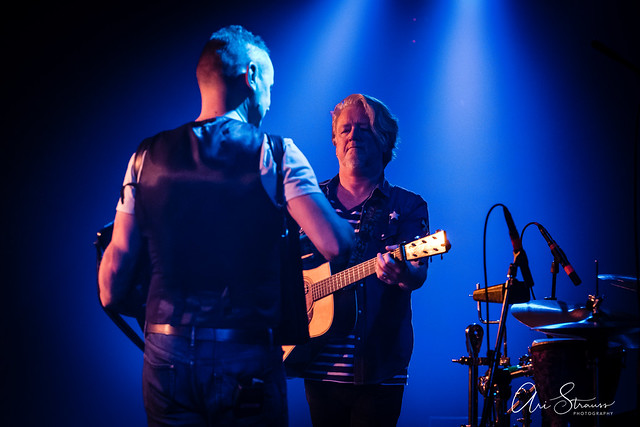 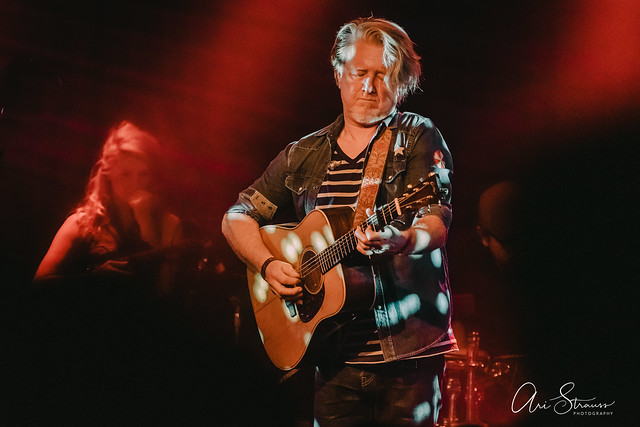 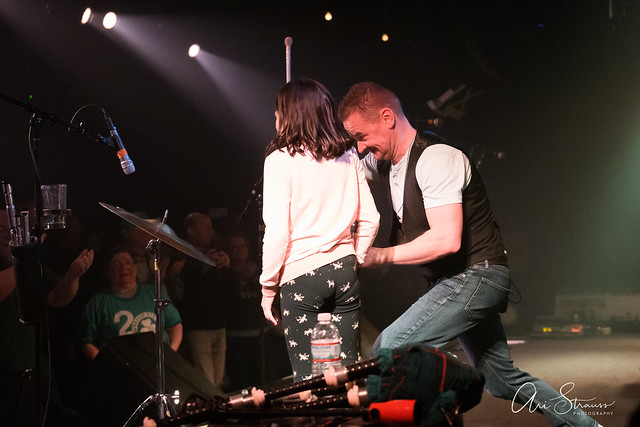 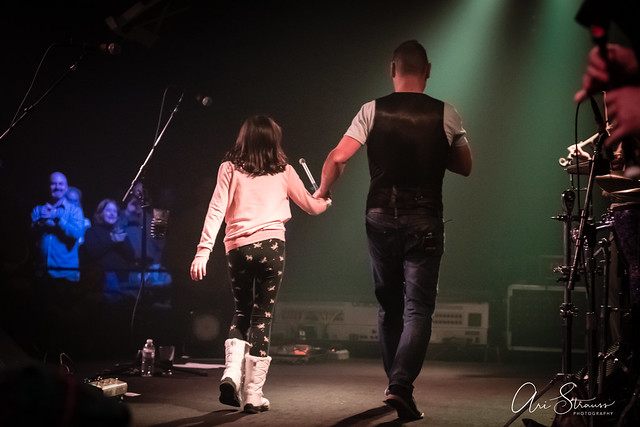 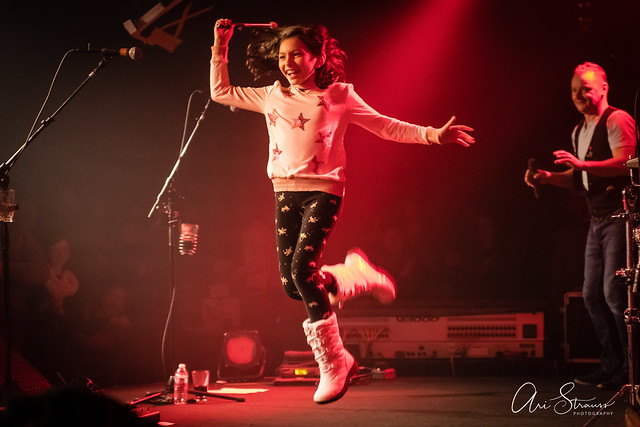 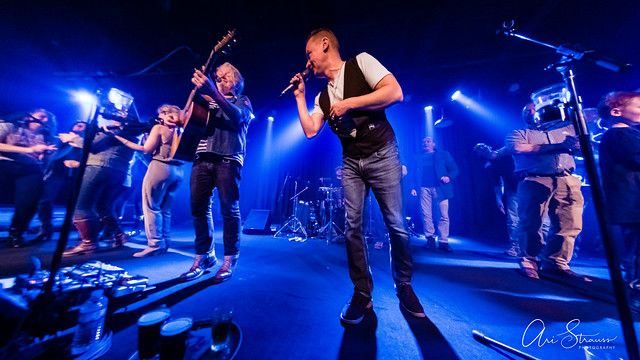 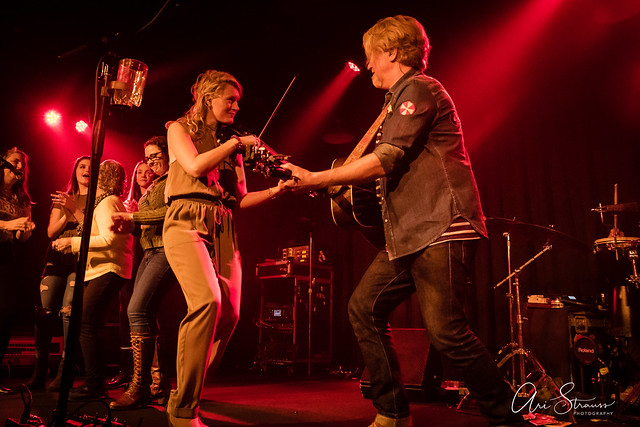 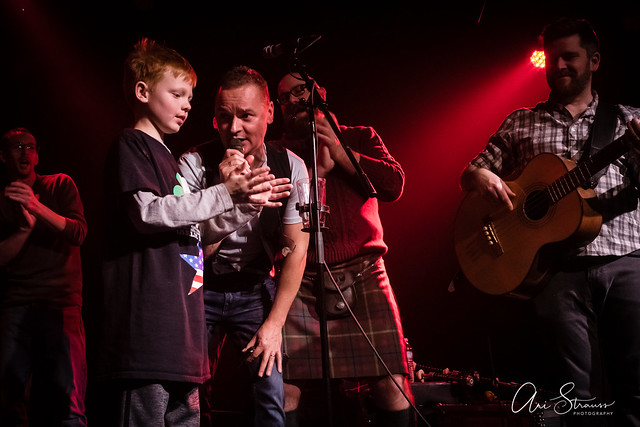 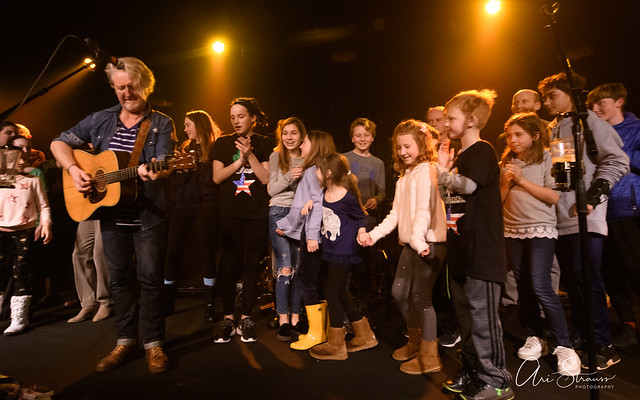 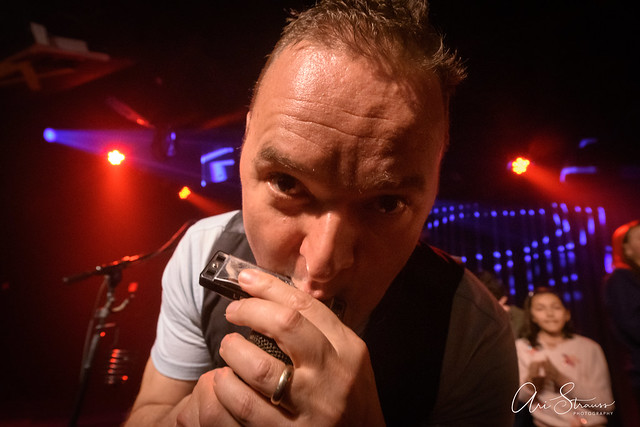 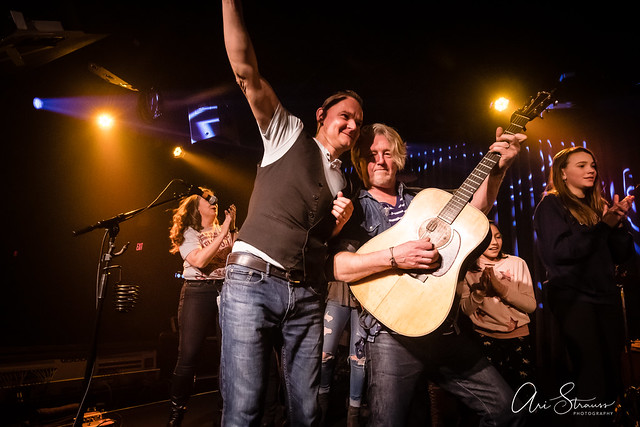 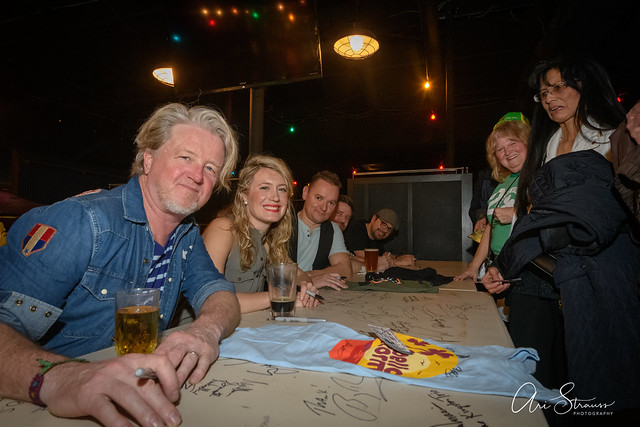