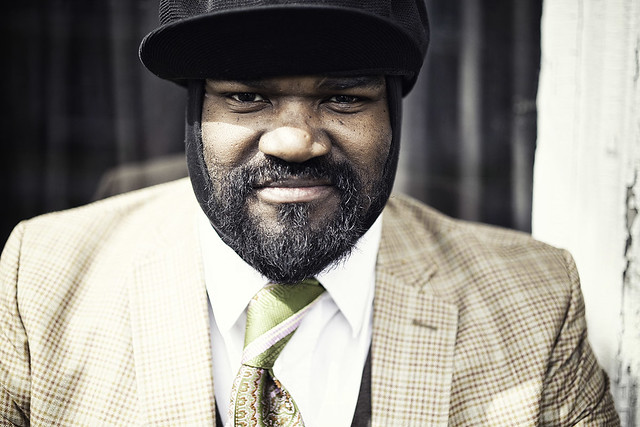 “It’s only natural that I go to the root of my inspiration and where I come from. And that root would be my mother and gospel music and Nat King Cole,” Gregory said.

He added, “At five or six years old, Nat’s music filled a void in me. My father wasn’t in my life and wasn’t showing interest in me or raising me and Nat’s words were the life lessons, words of wisdom and fatherly advice I needed.”

Watch the official music video for “Smile” by Gregory Porter on YouTube:

In a review for AllMusic, Matt Collar said Gregory’s salute to Cole meets the high demands of both men’s creative reputations.

“While primarily known for his contemporary, genre-crossing style of jazz and R&B, Porter here leans nicely into a distinctly old-school sound. [Producer Vince] Mendoza frames the singer’s warm, supple voice with shimmering orchestral arrangements that wouldn’t be out of place during the golden age of ’50s and early-’60s traditional pop. While never mimicking Cole’s distinctive style, Porter manages to straddle the line between evincing the storied artist’s burnished vocal sound, and displaying his own virtuoso talents,” Matt wrote.