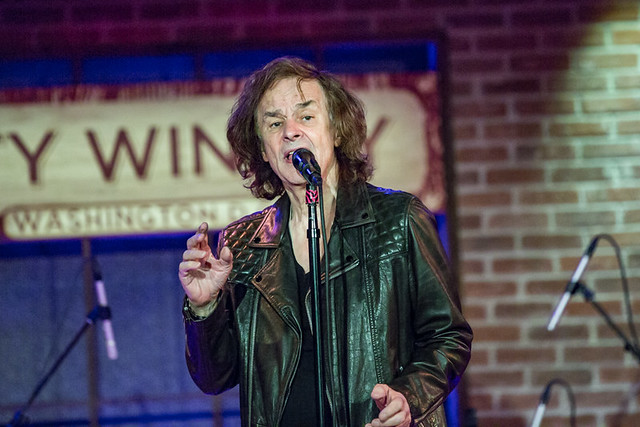 On the cusp of induction into the Rock and Roll Hall of Fame, Colin Blunstone of The Zombies first turned his dazzling vocal power to City Winery in DC for a perfect evening of song and remembrances recently.

Over the course of a warm performance, the pleasant and gregarious rocker, possessed of a graceful voice, reminded us that he earned a reputation as a party animal in his youth.

One day at a hotel in The Netherlands in the ’70s, for example, Colin found himself in bed wearing scarcely more than “a hint of aftershave,” when he decided he would order a beer from room service. The bar responded that they were too crowded to bring a beer up to him but that he could come downstairs for it, so long as he wore a jacket.

He rose from bed, donned a jacket, and turned up in the very crowded bar to cause something of a stir. The bar thanked him for wearing at least the jacket and strongly suggested he consume the beer back in his room, Colin recalled.

The cheeky tale contrasted with the image of the calm, cool, and collected Englishman who presented hits from his catalog and welcome songs from his psych-rock band The Zombies, which will receive induction into the Rock and Roll Hall of Fame in March. Speaking of The Zombies, Colin performed three of their best-known songs on the evening of Feb. 7 — “Time of the Season,” “She’s Not There,” and “Just Out of Reach” — the latter two closing the 22-song show.

When Colin sang The Zombies tunes, he seemed to summon the full-throttled power of that storied collective, who are finally in recent years receiving their full due. Colin particularly impressed on “She’s Not There,” which he introduced as the first song he ever recorded at age 18, and you would never know he claimed to be fighting a cold with the passion he poured into the number, his voice rising to deliver its chilling refrain with incredible dexterity.

At the top of the show, Colin sang “What Becomes of the Broken Hearted,” his collaboration with Dave Stewart on a cover tune written by Jimmy Ruffin from 1980, and the room was immediately ensnared by the comforting tones of the readily familiar song.

The lonely ballad set the stage for more complicated and just as enchanting selections throughout the evening, most notably in my opinion from Colin’s second solo album, Ennismore (1972), which lent two appealing numbers to the show. Early in the show, he sang “I Don’t Believe in Miracles,” another sweetly sad song that served as a powerful showcase for mellow tones.

Later in the show, Colin delivered the majestic “Andorra,” a second song from Ennismore. The song lyrically set an appealing setting, and it evoked a strong feeling of nostalgia for faroff places in our memories with its compelling chorus, “What do I tell you, it’s always the same/ When you run for the sun, you catch the rain.” The words sent a thrilling shiver through an intimate audience already hanging on Colin’s every word at this point.

“Lots of these songs were hits in one country or another but not here in the States,” Colin quipped thoughtfully. After a beat, he added, “I don’t blame you personally.”

We might blame you if you miss Colin solo or with The Zombies, particularly given that his fabled voice is in such fine shape. He’s currently engaged with On the Blue Cruise from Florida, but he reunites with his ’60s bandmates for a tour through the southern United States prior to their Rock and Roll Hall of Fame induction. Check out his tour schedule, and see them when you can. It will be an evening to remember.

Here are some pictures of Colin Blunstone and his band performing at City Winery in DC on Feb. 7, 2019. All photos copyright and courtesy of Paivi Salonen. 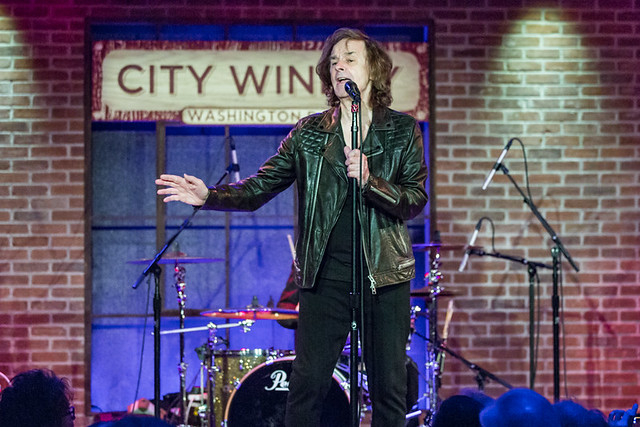 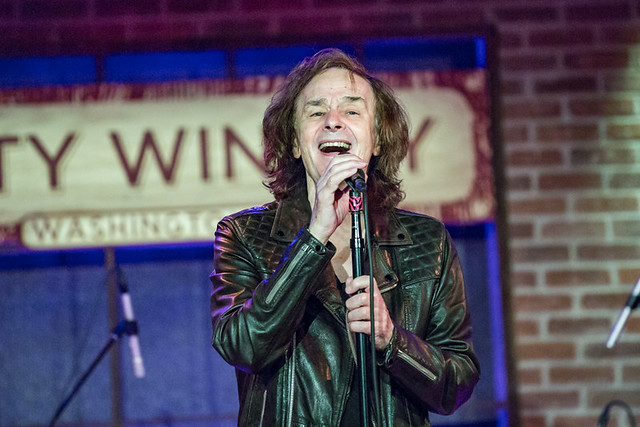 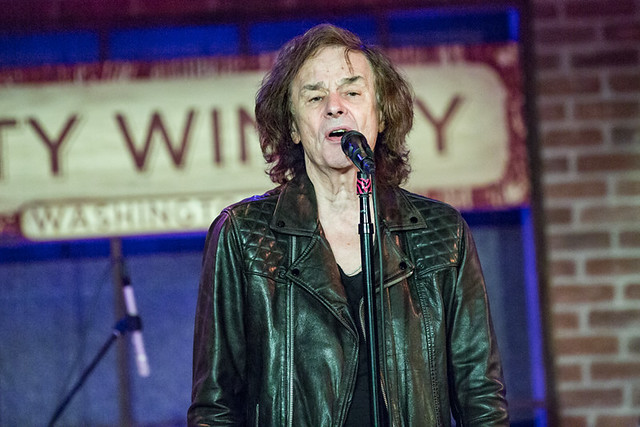 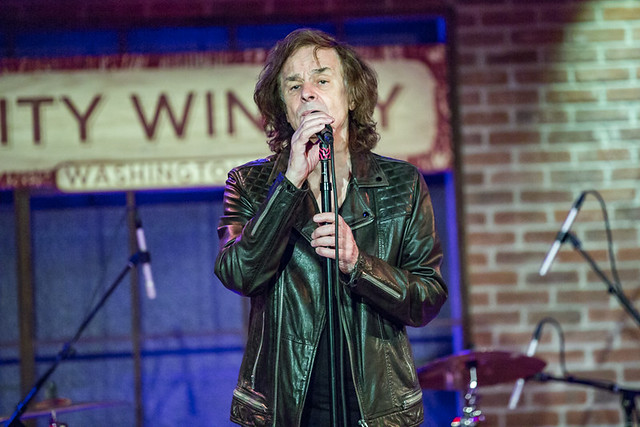 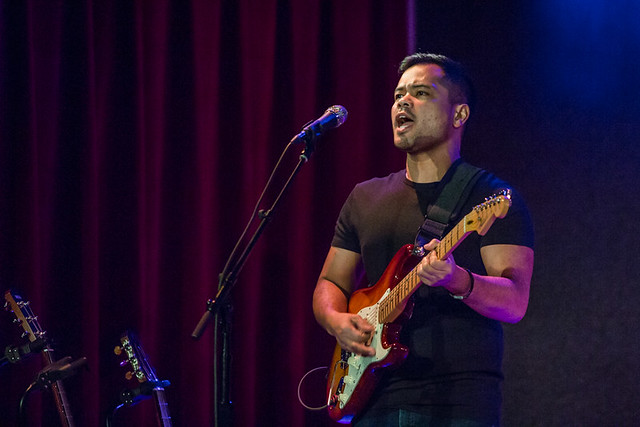 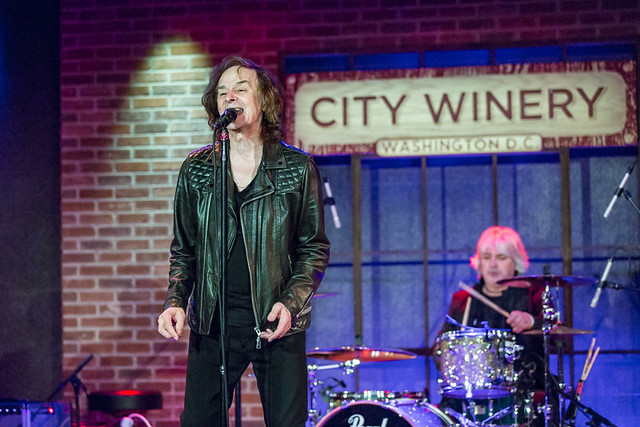 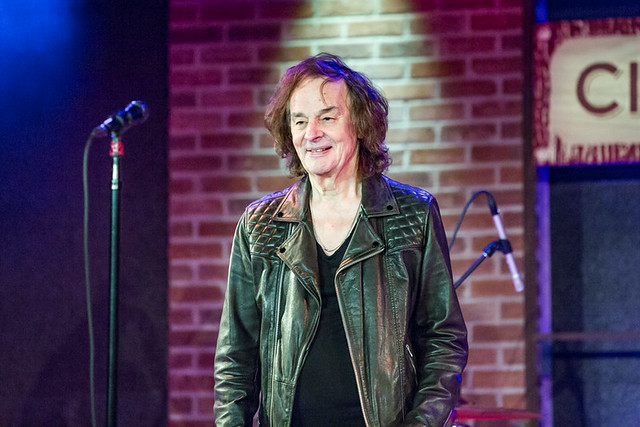 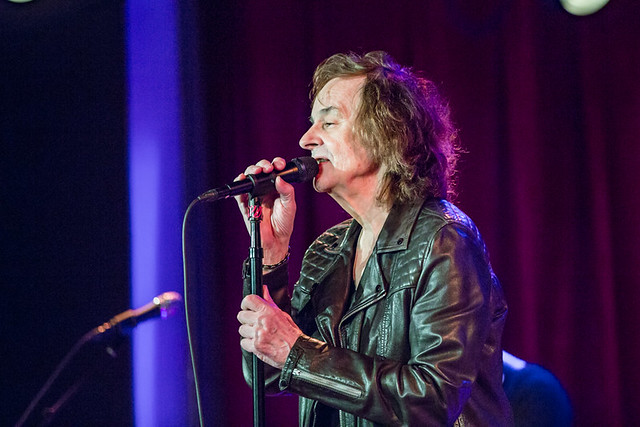 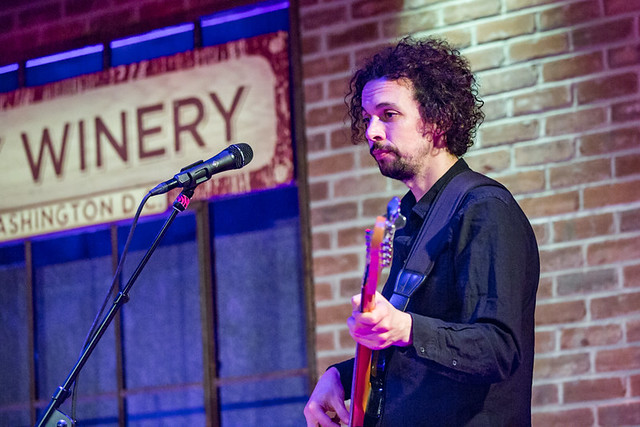 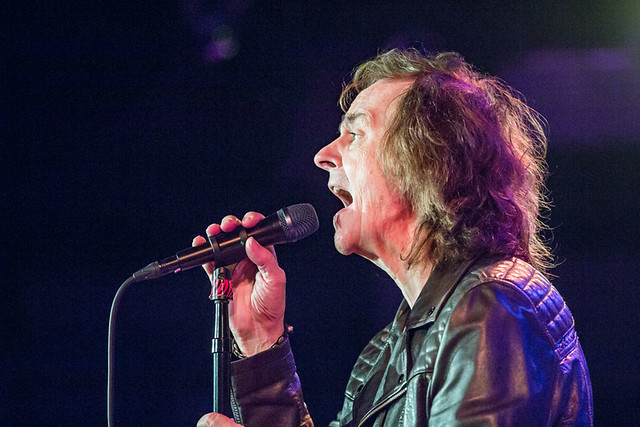 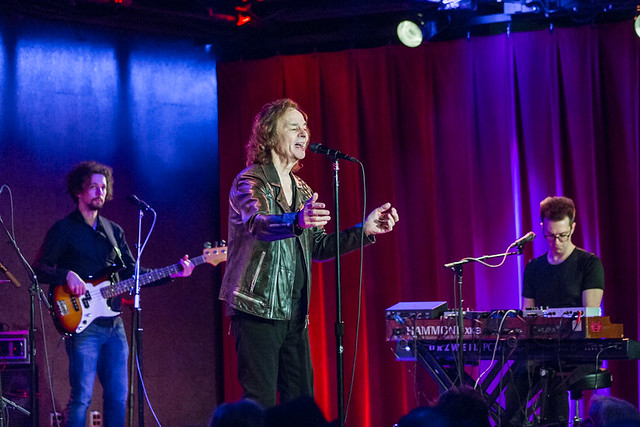 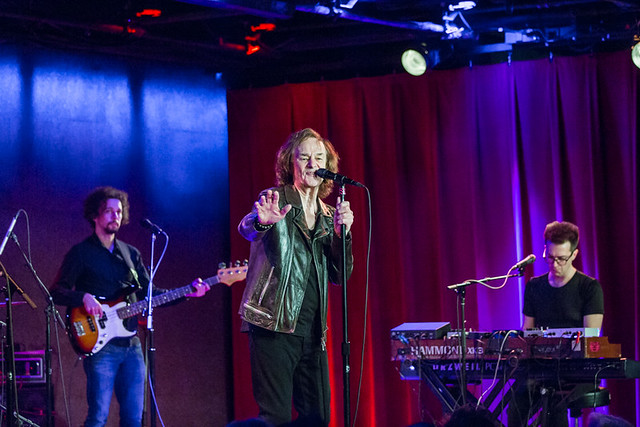 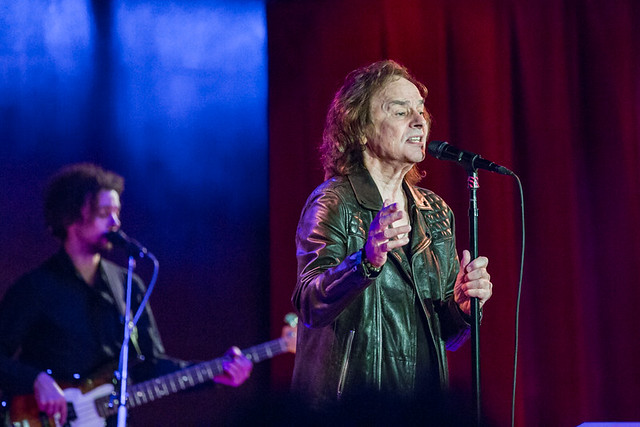 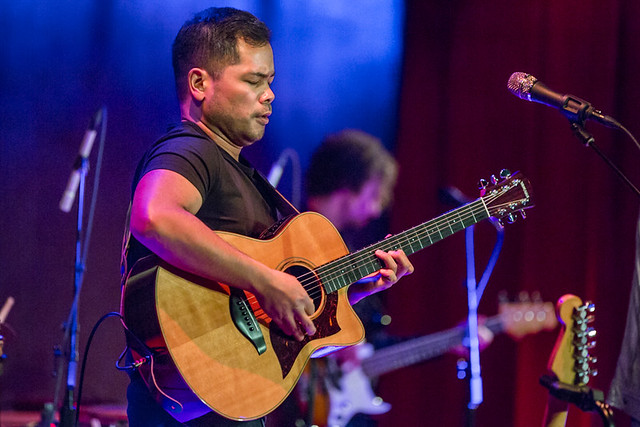 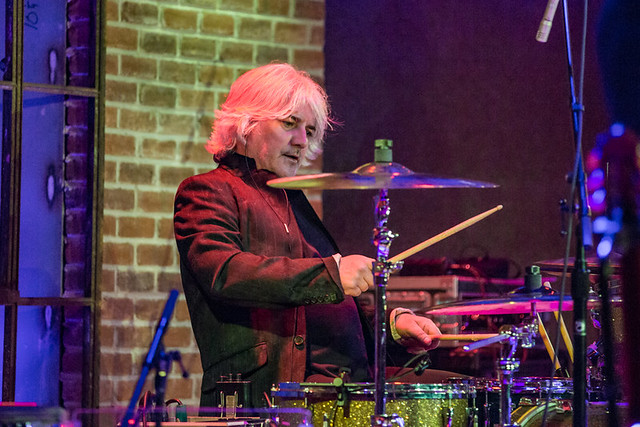 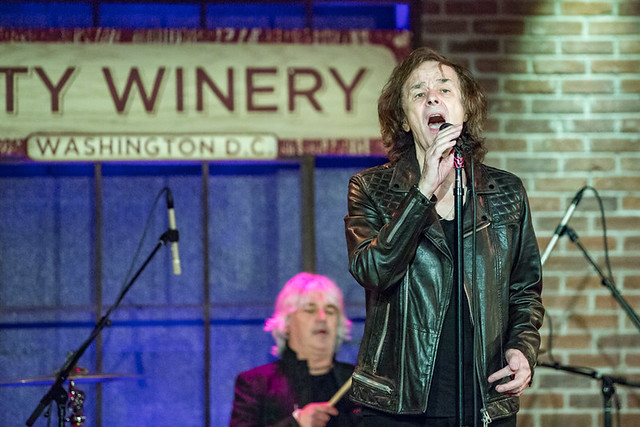 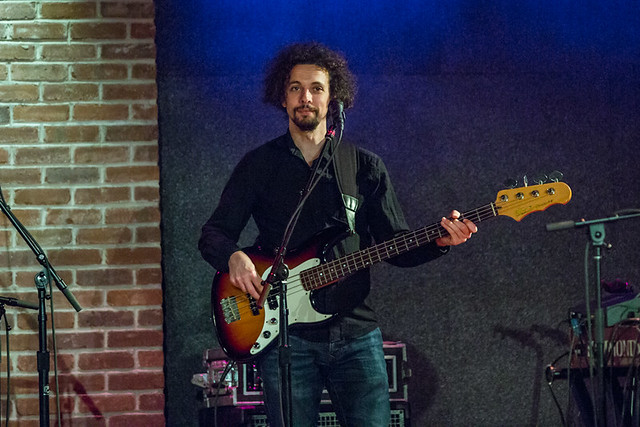 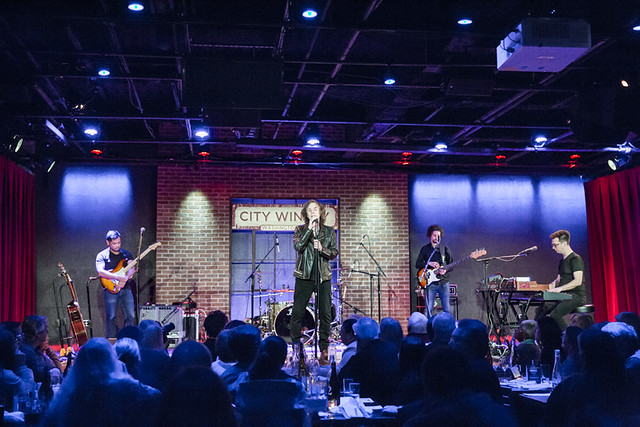 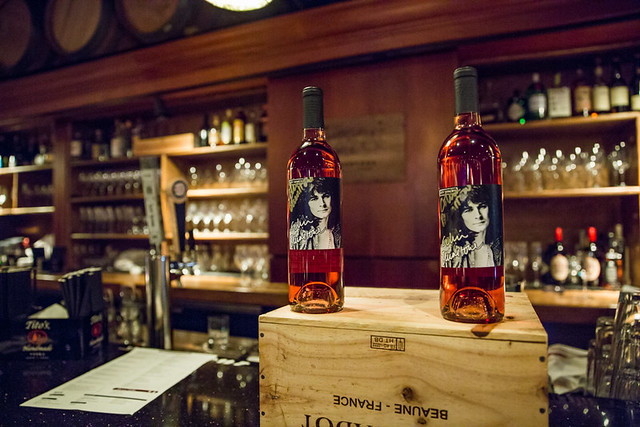