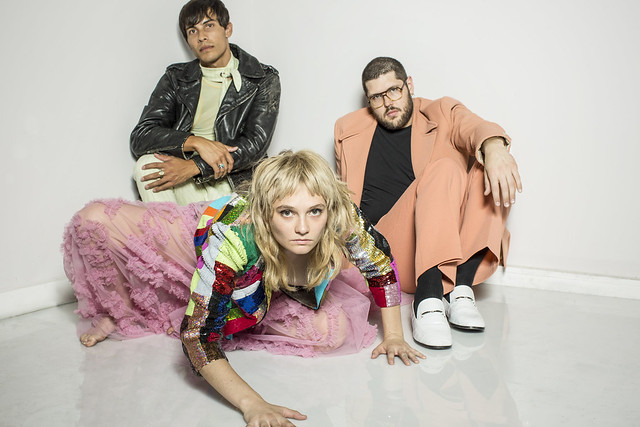 “‘Wasted Nun’ is about a woman trying to come to grips with her life,” Clementine said. “She’s a tragic woman. She hates herself and is trying to move through the world but gets deflated by extreme self-loathing. She wants to harness the power of the universe but instead she turns to self-destruction.”

Clementine added, “The song is aggressive and intense because I’m letting out my anger, I’m enraged. People want girls to be strong, I want to be strong, but I just feel angry, and those are two very different things. There’s a stubbornness there, I know.”

In a review for PopMatters, Cole Waterman relished the “bristly and savage exterior” of Cherry Glazerr’s new music while also enjoying its “sugary core.”

“Yet despite the outwardly directed ire and inwardly pointed insights, the tunes don’t get lost in being confrontational, as is owed to the catchiness the band injects. This fact can’t be overvalued, for were the songs’ crucial messages conveyed amid pure, heavy-handed clatter, they wouldn’t be able to so thoroughly worm their way into your ears, find a place to stay, and compel you to revisit them. Similar to the way Cherry Glazerr merges noise and pop, they thematically marry the personal with the social, at times making it difficult to discern which camp each song fits into,” Coleman wrote.