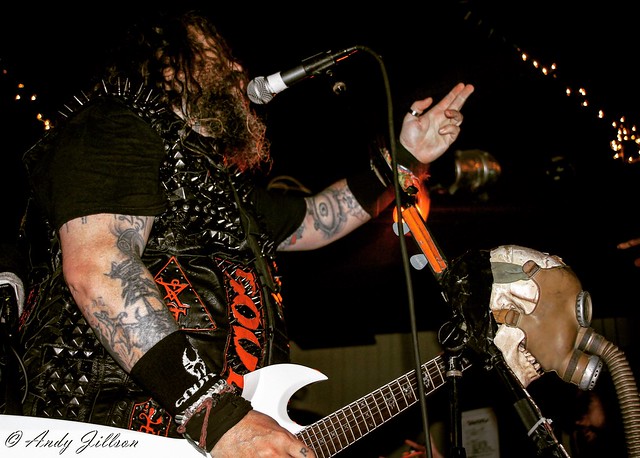 Having just released their 11th studio album, Ritual, in October 2018, Soulfly have embarked on a 2019 North American tour, and I was fortunate enough to catch these metal machines in this intimate restaurant/bar venue. Cafe 611 was ill-prepared for the sonic destruction of Soulfly’s mixture of heavy metal, thrash metal, death metal, and world music, however!

Stream Ritual by Soulfly on Spotify:

The crowd built with anticipation prior to Soulfly landing on the stage. When the fly landed on Feb. 7, it hit like a blissful atom bomb. Max wasted no time opening the show by simply stating, “We’re gonna destroy you, Maryland.”

Following this statement, Soulfly ripped through over an hour of face-melting metal madness. The venue was small and hangbangers were packed together tightly. The drinks flowed, and the venue continually heated up as I attempted to obtain my shots among the writhing bodies, swinging fists, and drunken fans. I was smashed up against the stage in one spot for the entire set. It seemed as though there was a rabid pack of wild dogs closing in behind me! Metal thrashers spilled over each and onto me. Slam dancers and moshers swayed the small, but insane crowd frontward, backward, and even side to side at times.

Max, drummer (and son) Zyon Cavalera, lead guitarist Marc Rizzo, and bass player Mike Leon were obviously enjoying themselves during the show. Max smiled in between songs and spoke affectionately to the crowd as he high-fived, fist-bumped, and showed his love and appreciation. Other members of the band were also actively engaged with their fans during the performance. Max also proudly showed off his new leather vest he called, “the meat tenderizer.” This vest is basically a weapon!

Although the venue was extremely hot, dimly lit, and bursting at the seams with raging metal heads, overall, the show was well worth enduring the few inconveniences. I thoroughly enjoyed the music and was happy to have finally seen Max Cavalera perform live in the flesh. Amazing.

Soulfly has been at it since 1997 and didn’t appear to have lost any of their musical aggressiveness or enthusiasm for playing to live audiences. It would be a damn shame to miss Soulfly on their current North American tour if you consider yourself to be a fan of hard rock, heavy metal, and/or if you like intense live music. Track their tour on the band’s website.

Here are some photos of Max Cavalera and Soulfly performing at Cafe 611 in Frederick, MD on Feb. 7, 2019. All photos copyright and courtesy of Andy Jillson. 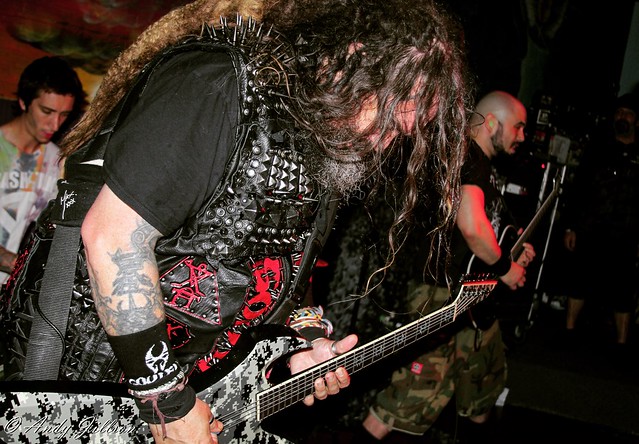 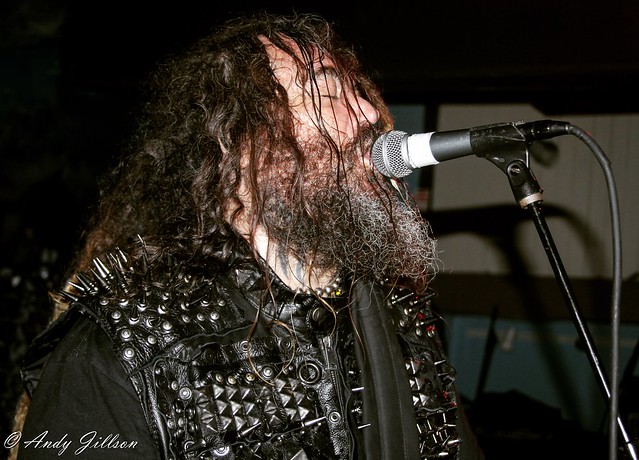 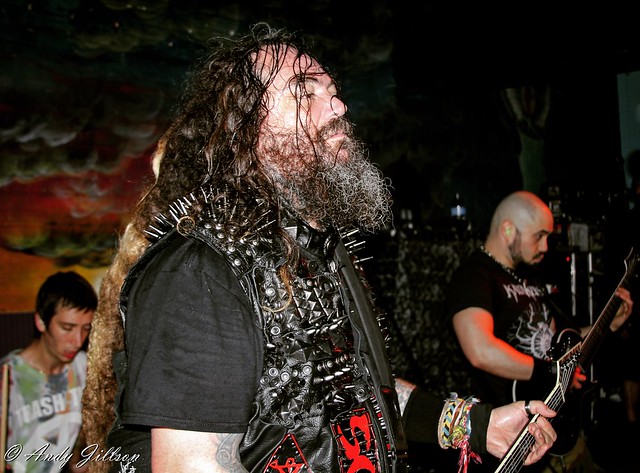 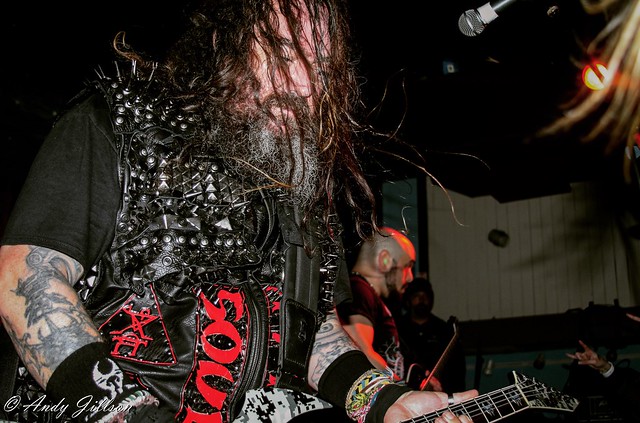 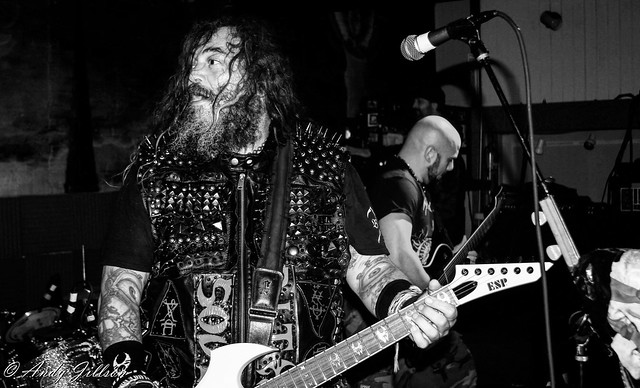 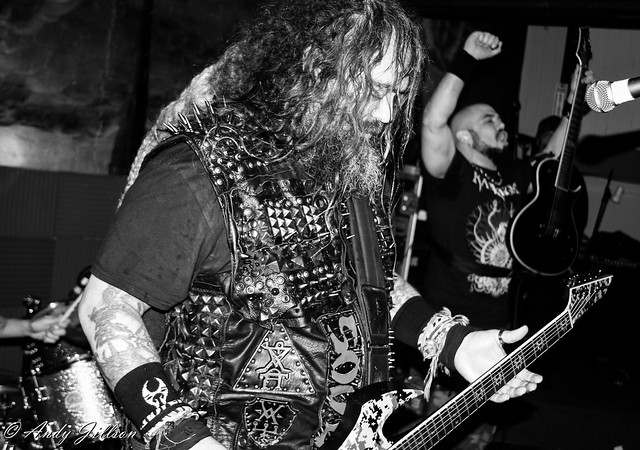 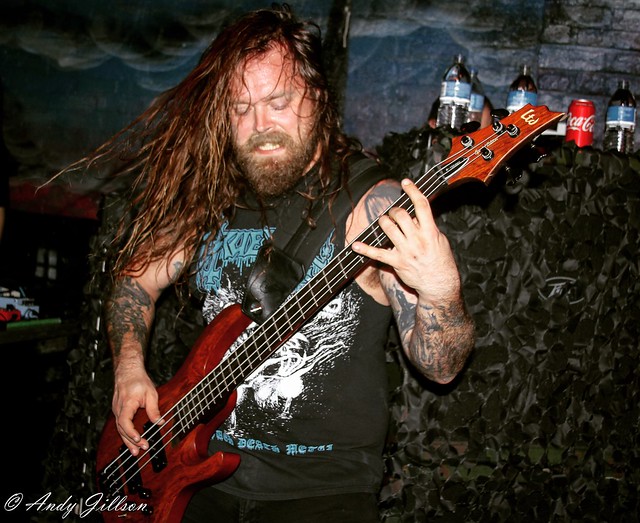 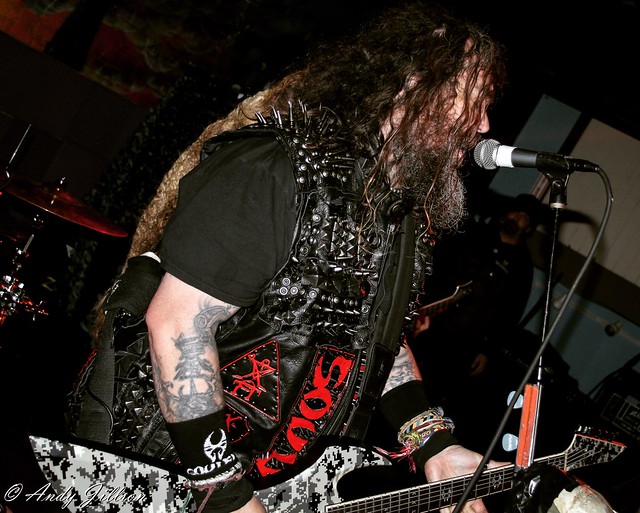 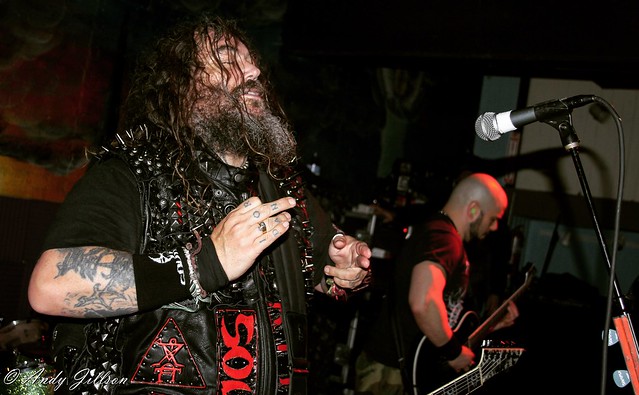 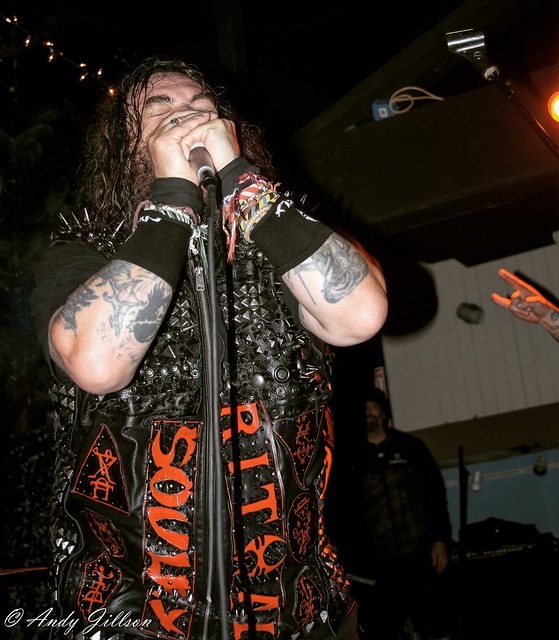 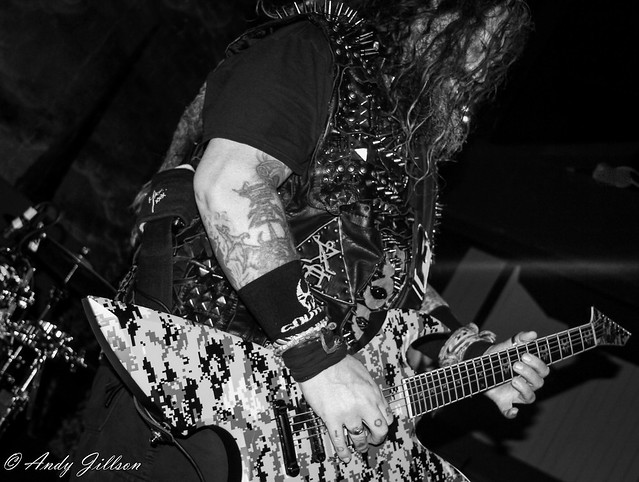 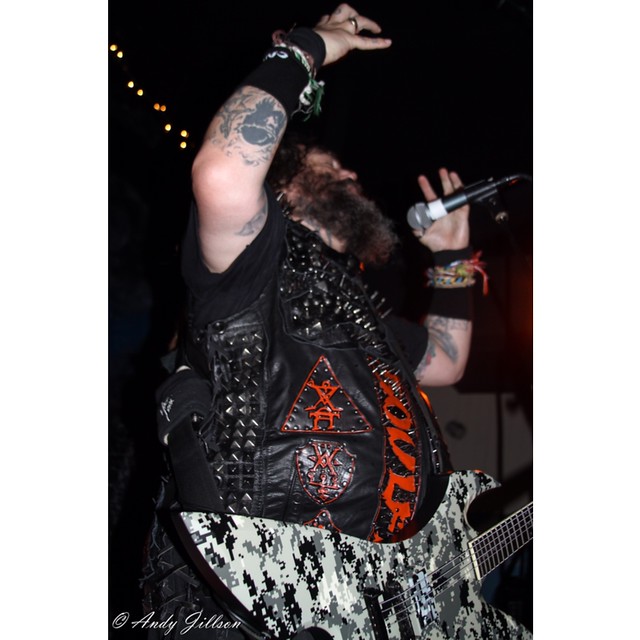 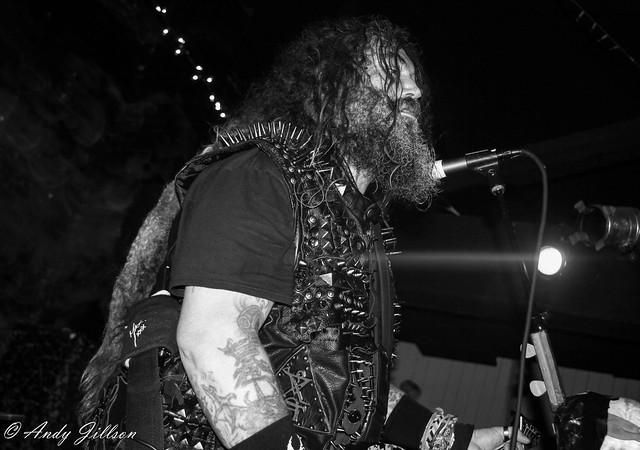 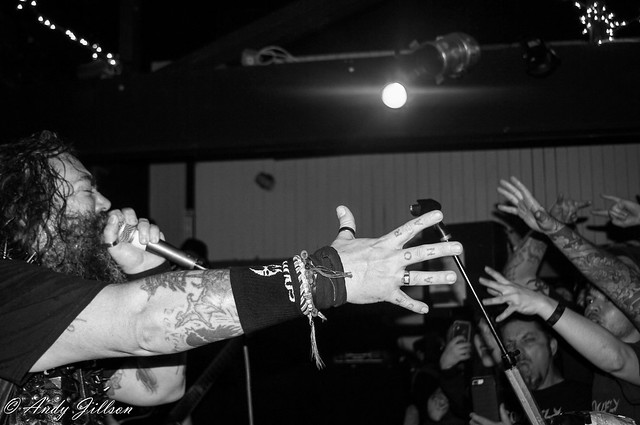 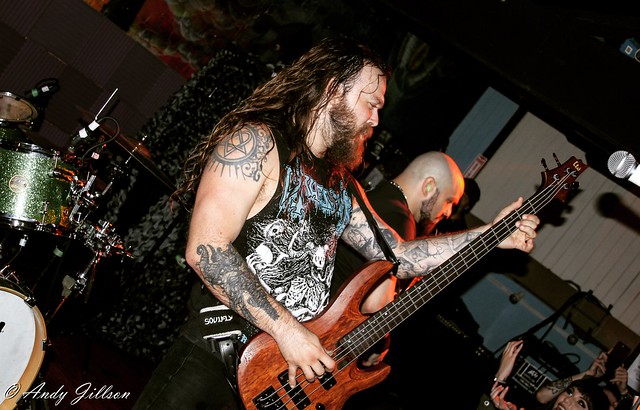