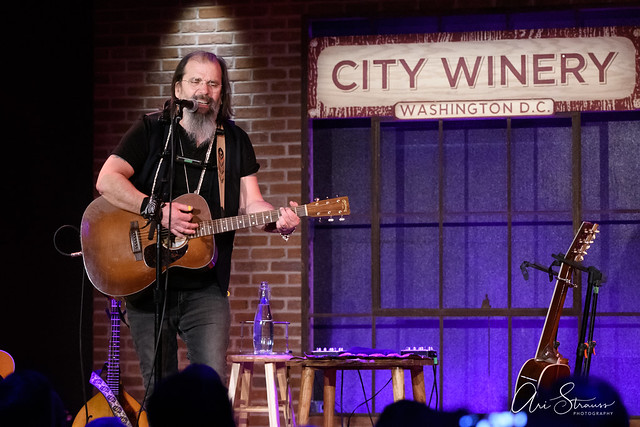 Steve Earle is the godfather of Americana music. With his black vest, jeans, and long gray beard, he’s often said to look like an aging biker. But when I saw him at City Winery on Wednesday, I saw a bit of one of the main characters of one of his favorite novels, a sort of Texas Gandalf the Grey.

Steve has a presence, an aura, and his songs and stories weave a magic spell over his audiences. For 10 years, he’s been playing City Wineries, but as he says, referring to his sobriety, “I’ve never tried the wine.” (I’ve sampled some of their upcoming varietals, however, and they are excellent.) For City Winery to boast an artist of Steve’s caliber, a three-time Grammy winner with a deep catalogue ranging over country, Americana, rock, folk, and blues, in his winter residency is a coup. Since City Winery opened in northeast DC last April, music fans have benefited immensely from access to more great artists and more great shows than ever here in our city.

I can’t possibly run down the whole show; there are simply too many songs and too many stories to recount from this incredible evening. What I will try to do is convey what makes Steve Earle such a fantastic performer and, if you haven’t seen him, convince you that need to add this amazing artist to your hit list.

Typically, at a solo acoustic show, an artist sits and plays one guitar. Maybe two. For this solo acoustic show, Steve had, arranged on the stage, four guitars, a mandolin, and a bazoukie, or Greek mandolin. Setting down his guitar after his opening number, “Nobody’s Daddy Now,” Steve said, “That’s all that one does.” Even playing solo, Steve committed to finding just the right sound for his melodies. As an added bonus, Steve explained the provenance of the bazoukie, how his use of the instrument owes to the Irish claiming it as their own.

Although this was my fifth time seeing Steve perform, it was my first time seeing him perform many of these songs live. Introducing “Now She’s Gone,” Steve pontificated, “Would it really destroy the economy of this city if they outlawed lobbyists? It’d be hell on the hookers. You gotta think of everybody.” Similarly, I’d never seen him perform his “chick songs” — “Sparkle and Shine,” “Lonelier Than This,” or “Valentine’s Day,” written exactly 25 years ago, when he realized he’d forgotten to buy his then-wife a present. Nor had I seen live the pairing of “South Nashville Blues” and “Cocaine Cannot Kill My Pain.” With the former, Steve spoke about seeing the great bluesmen Mance Lipscomb and Lightning Hopkins in Houston.

Steve touchingly spoke of his relationship with his late mentor, Guy Clark, before singing “Desperadoes Waiting for a Train.” Steve actually had two mentors: Townes Van Zandt and Guy Clark. In 2011, Steve released the Grammy-winning Townes, an album of Van Zandt’s songs. Next month, Steve releases Guy, which covers 16 of Guy’s songs.

Steve still managed to cover his hits, like “Guitar Town” and “My Old Friend the Blues.” On mandolin, he played “The Galloway Girl” and “Copperhead Read.” When Steve said, “Fuck the NRA,” I knew what was next: “The Devil’s Right Hand,” with its iconic line, “Mama said a pistol is the devil right hand.” For his encore, Steve sang the political “Christmastime in Washington.”

In a particular highlight, opener Shannon McNally came out to sing a duet with Steve on “Goodbye.” Steve and Shannon also sang a duet of “Lonely Are the Free” at the end of Shannon’s opening set.

At 64, Steve has been performing for 50 years, since he got start in coffeehouses in San Antonio. He’s an absolute master who never disappoints. Every show he performs is unique and special, and Wednesday night was no exception. You must see this man live if you have managed to miss him to date.

Here are some pictures of Steve Earle performing at City Winery on Feb. 13, 2019. All photos copyright and courtesy of Ari Strauss. 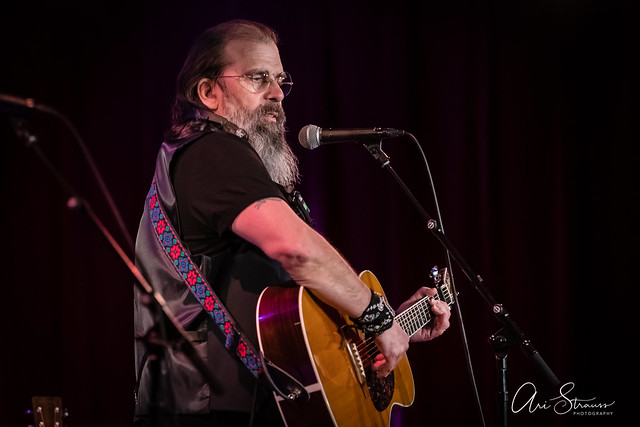 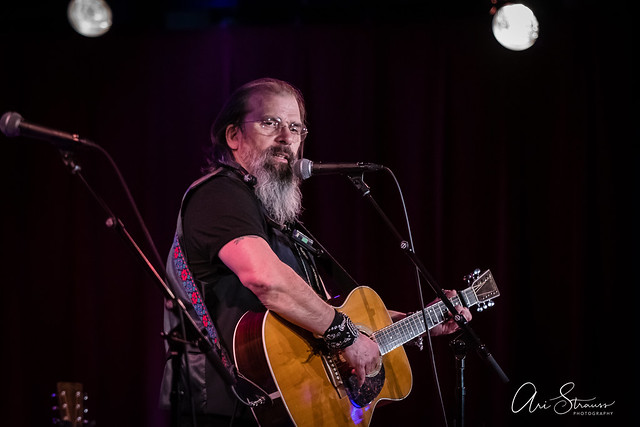 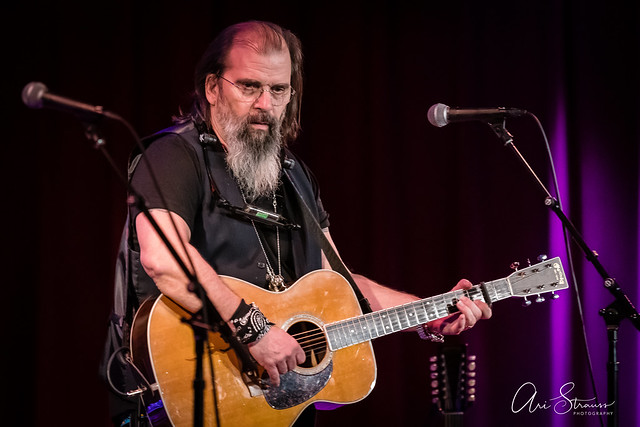 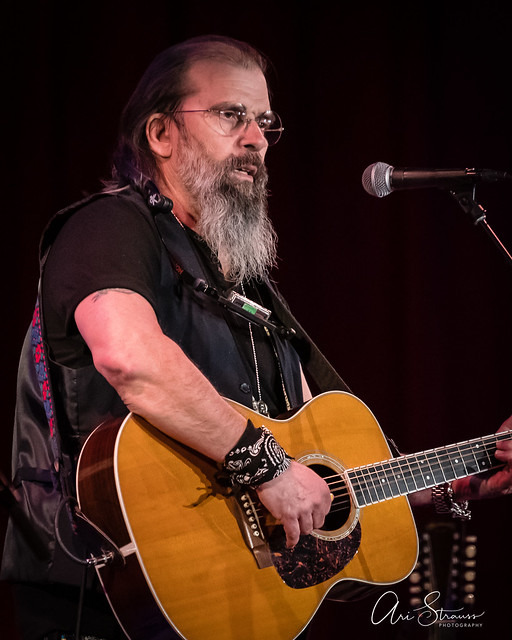 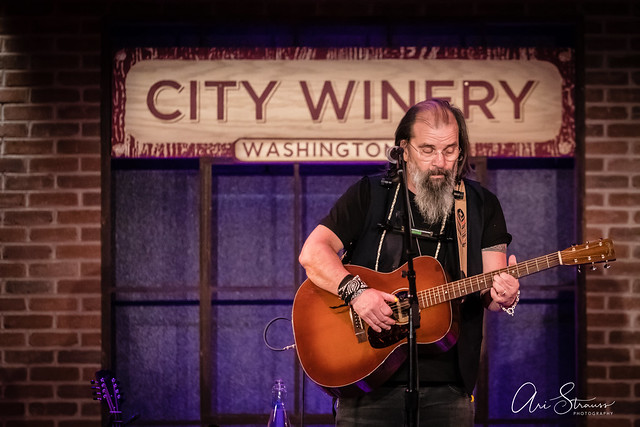 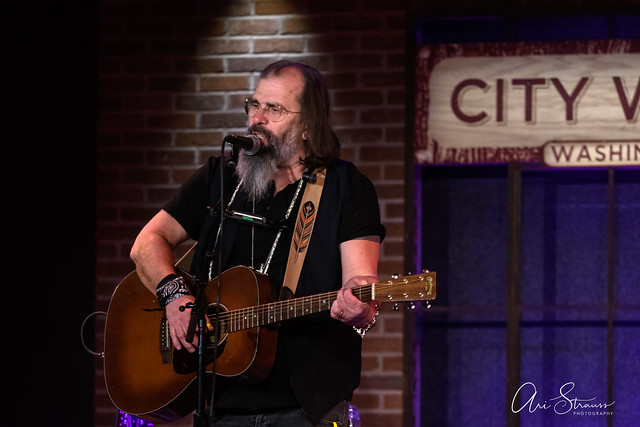 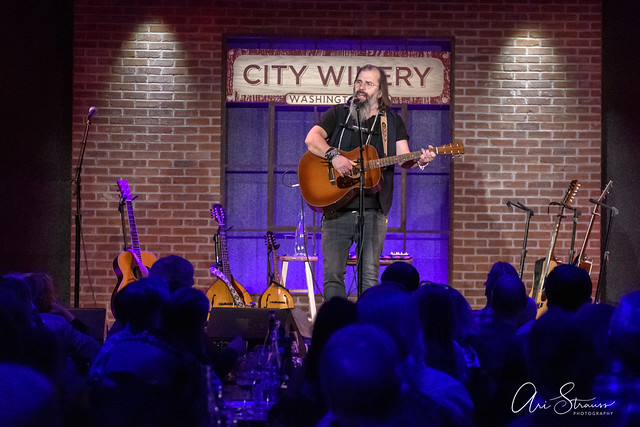 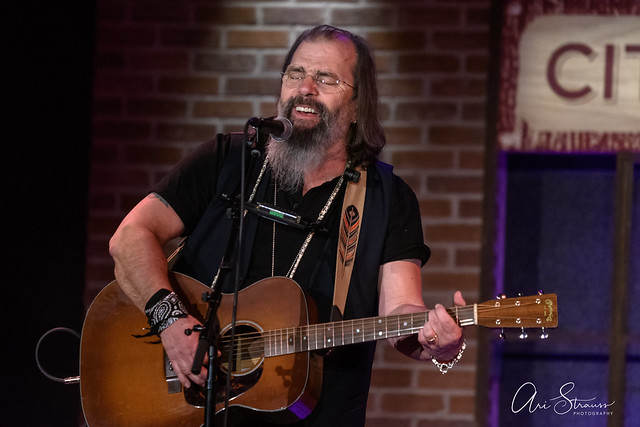 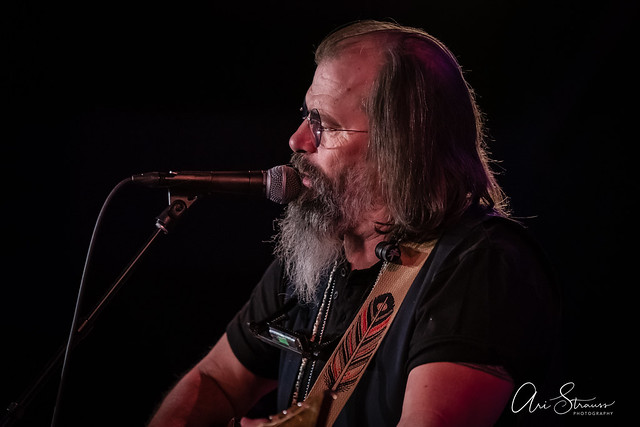 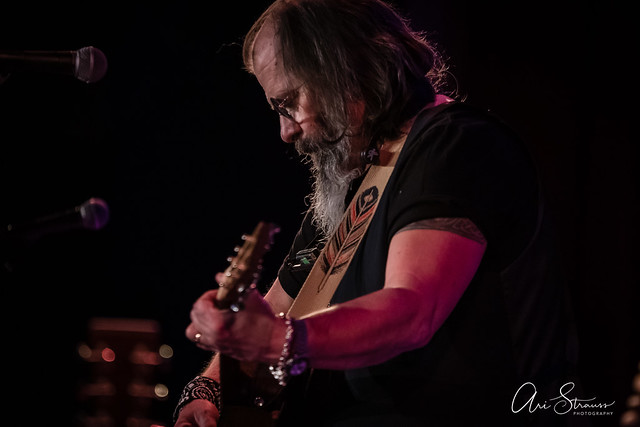 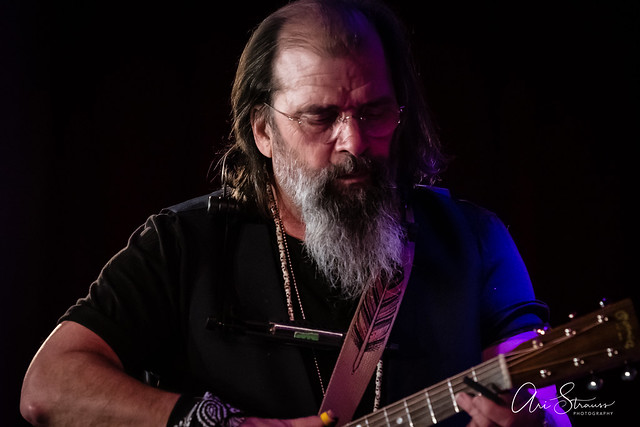 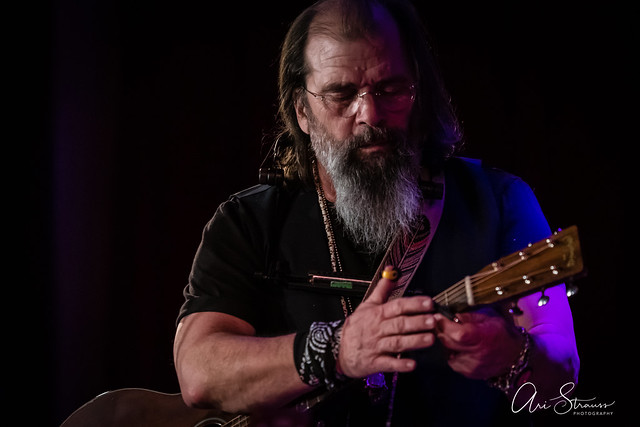 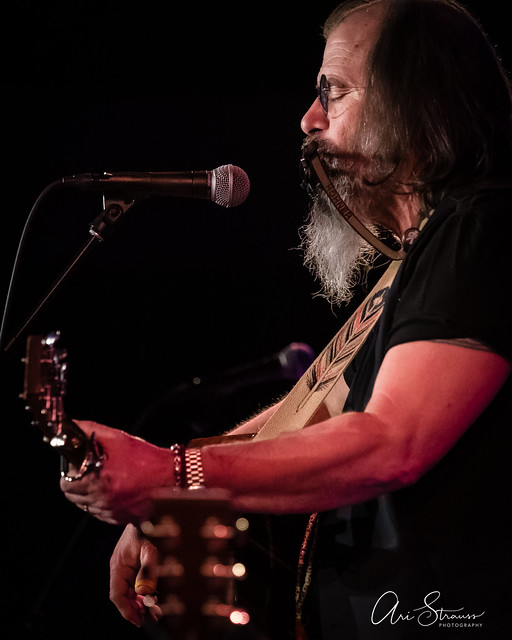 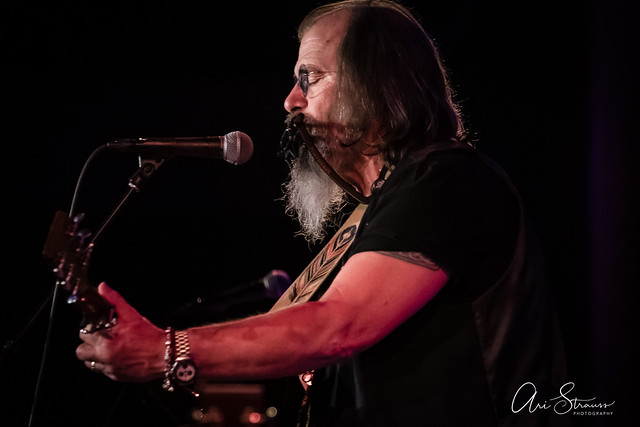 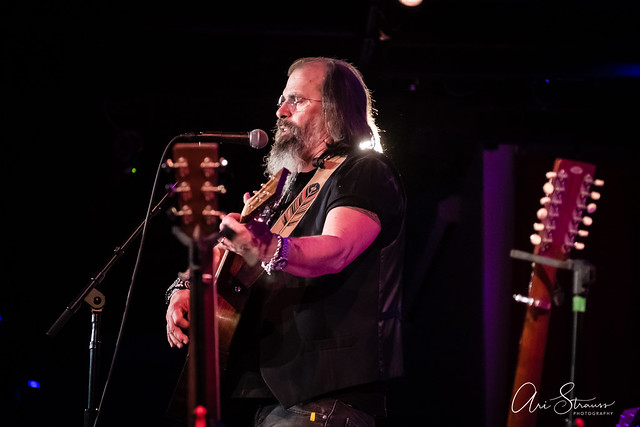 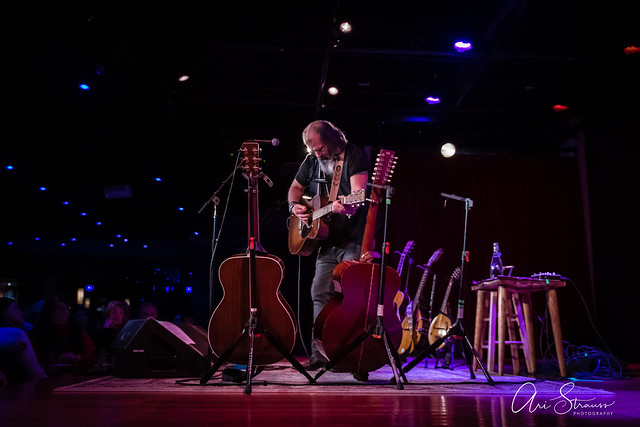 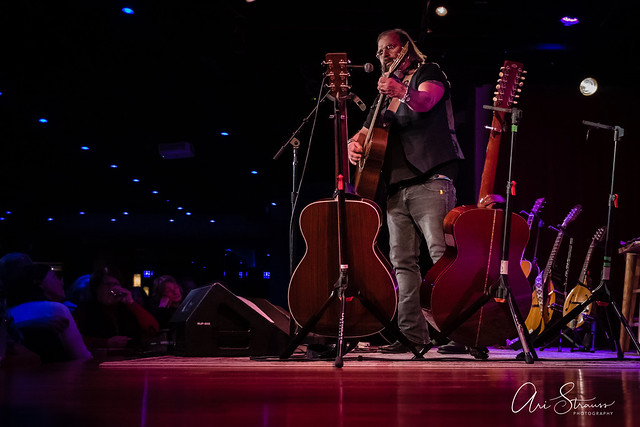 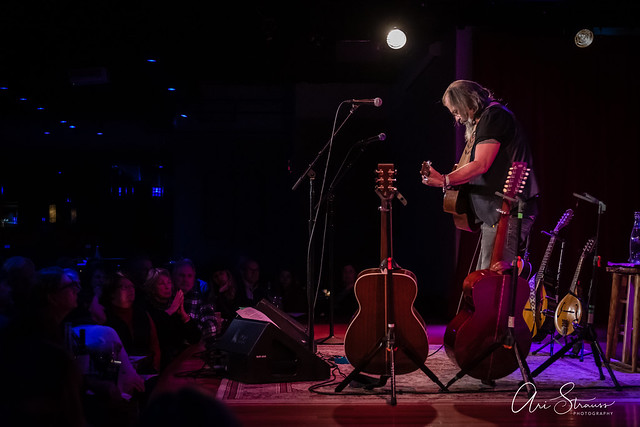 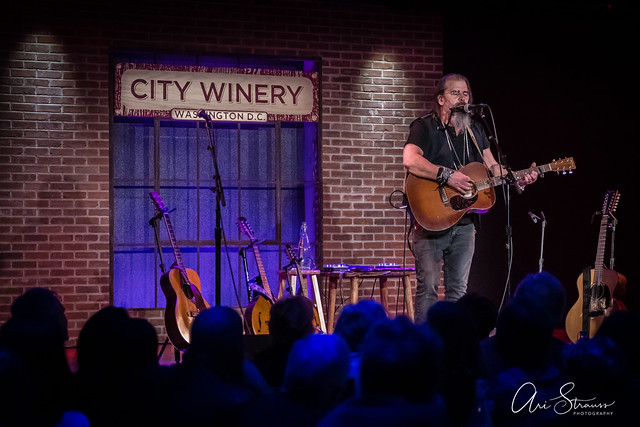