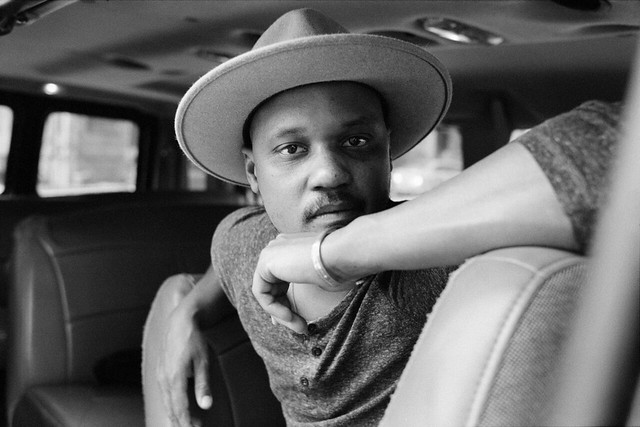 One thing is clear from Son Little: He takes inspiration in his music from his heroes, Stevie Wonder and Jimi Hendrix.

“Those two dudes are a little bit alone there; I can’t see how there can be a higher level of musical genius after Stevie and Jimi,” Son Little said. “I do think of both of them as R & B guys, but neither was trying to contain themselves there in any way. They were letting themselves be influenced by other stuff, be it jazz or Latin music or whatever, but they were just making songs and musically doing what felt good. That’s what I wanted to do here. I do see myself that way, in the branches of the R & B river.”

Watch the official music video for “Toes” by Son Little on YouTube:

In a review for AllMusic, Mark Deming hails Son Little as a “strikingly gifted artist.”

“Little was a very good singer on his debut, but he’s gotten even better since then, and his passionate soul phrasing and blues belting are some of the very best things about this fine record, and his vocals bring out the best in his songwriting,” Mark wrote.