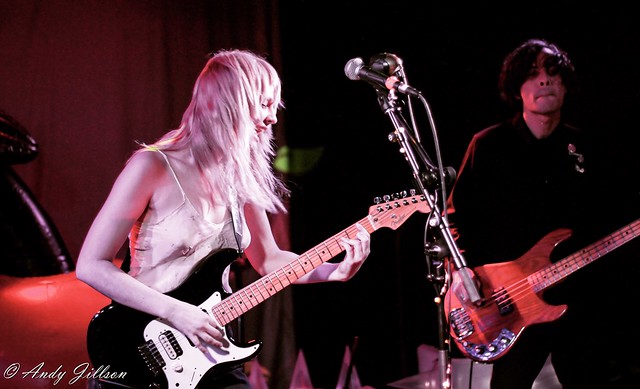 Cherry Glazerr brought their LA-style mix of dreamy, yet somewhat dark, garage rock to DC’s U Street Music Hall recently; and there was no shortage of passion, vulnerability, and punk rock attitude.

Consisting of lead singer and guitarist Clementine Creevy, bass guitar player Devin O’Brien, and drummer Tabor Allen, Cherry Glazerr kicked out the jams at U Street Music Hall in DC on Feb. 13 by bursting straight into a fierce version of “Ohio,” the opening track off their new album, Stuffed & Ready.

Released on Feb. 1, Stuffed & Ready is the third studio release by this great American rock band. That’s right! Cherry Glazerr are a great American rock band. After listening to their new album a couple times and then seeing them perform live, I honestly think that Cherry Glazerr are an extremely underrated rock band, although U Street Music Hall was sold out.

I had never heard of them until recently, and I was completely blown away by their live performance. They actually caught me off guard, which is rare.

Cherry Glazerr were highly energetic, fun, and in your face throughout their entire set. This tight three-piece from California collectively ripped through a set of 17 killer rock songs as if it were no big deal.

Clementine owned the stage and whaled on her guitar and into the microphone as if she were performing at an arena rock show. I have to say I love it when female artists kick ass as rock musicians. And the rhythm section in Cherry Glazerr is not is be taken lightly either.

Following the first song, the ecstatic crowd of young fans were urged to rush the stage and “rock out” with the band. Wasting no time, Cherry Glazerr transitioned into fan favorite “Had Ten Dollaz” without missing a beat once fans charged the tiny stage. Their fans obviously love this song and most wholeheartedly sang along with every word. A large majority of the crowd seemed to be well-seasoned fans of the band. With every new song Cherry Glazerr played, the crowd reacted more enthusiastically than the last.

Such a sweet voice accompanied by melodic rock guitar and a heavy rhythm section. Cherry Glazerr’s sound is a bit poppy and polished I will admit, but it didn’t seem to take anything away from the honesty and raw emotion within the songs. Other songs that stood out to me from their setlist included “Juicy Socks,” “Wasted Nun,” “Daddi,” and “Stupid Fish.”

So haven’t heard of Cherry Glazerr or just discovering them? Do yourself a favor: Buy their newest album Stuffed & Ready, listen to it, love it, and then buy a ticket to a Cherry Glazerr show near you and rock out with everyone else for Christ’s sake!

Here are some photos of Cherry Glazerr performing at DC’s U Street Music Hall on Feb. 13, 2019. All photos copyright and courtesy of Andy Jillson. 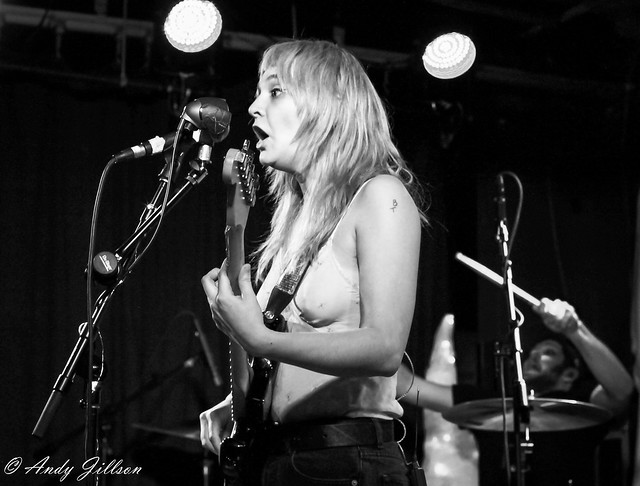