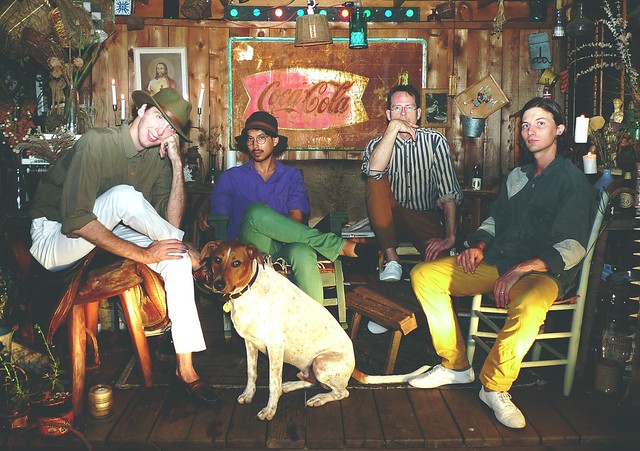 With critically acclaimed eighth studio album Why Hasn’t Everything Already Disappeared? released January 18, Atlanta’s Deerhunter have now embarked on an extensive tour that includes a date at 9:30 Club on Saturday, March 2.

Deerhunter “have made a science fiction album about the present,” according to the band. “Is it needed right now? Is it relevant? Perhaps only to a small audience. DADA was a reaction to the horrors of war. Punk was a reaction to the slow and vacant ’70s. Hip Hop was a liberated musical culture that challenged the notions presented wholesale about the African-American experience. What is popular music today a reaction to?”

Watch the official music video for “Death in Midsummer” by Deerhunter on YouTube:

In a review for AllMusic, Heather Phares calls the latest album one of the most thought-provoking by Deerhunter to date.

“The band’s skill at pairing devastating subject matter with chiming melodies has never been quite so subversive as it is on the album’s first two tracks. On ‘Death in Midsummer’ — which sounds as anthemic as a song about the piles of bodies left in the wake of the Russian Revolution of 1917 can — Cate Le Bon’s brittle harpsichord expresses the band’s prickly nature and fondness for the unexpected rather than the refinement it usually signifies in pop music,” Heather wrote.