One word constantly sifted through my mind recently while attending a Rachael & Vilray performance at The Miracle Theatre on Capitol Hill recently: vintage. The music, the gear from which it resonated, and the venue itself all exuded vintage qualities.

Rachael Price and Vilray (pronounced VILL-ree) share a friendship that dates to 2003 when both were students at the New England Conservatory of Music. Each is a highly successful musician. Rachael is the acclaimed lead singer of the soul band Lake Street Dive; and Vilray is a successful soloist, writer, and session guitarist. He recently completed a tour with the Gypsy Kings.

A few years ago, the pair formed a side project inspired by a shared reverence for the pop music of the 1930s and ’40s and its wide range of emotions. With simple arrangements and only a guitar for accompaniment, Rachael & Vilray performed original works and revive forgotten gems of a bygone era at The Miracle Theatre on Feb. 22. Their sound recalled both the warmth of radio’s golden age and the intimacy of parlor concerts in a time before recordings.

Watch and listen to Rachael & Vilray sing “Do Friends Fall in Love” on YouTube:

Rachael & Vilray performed on a stage that is minimalist, to say the least. They shared a single vintage microphone — a gorgeous RCA 44A ribbon mic made in Camden, New Jersey, in 1940. And while Vilray played on a relatively contemporary guitar — a Japanese-made 1985 Squier Telecaster with Lindy Fralin stock pickups – the amp he plugged into was a vintage 1952 Premier 76 tube amplifier that produced the warmest, buttery jazz guitar sounds you can imagine.

Vilray has a passion for vintage equipment. On his website, Vilray.com, he explained, “I love the warm sound on records and radio broadcasts from the 1930s. The audio industry was coming into its maturity, developing technologies that changed not only how music was recorded but also how music was played. The ribbon microphone made vocalists more nuanced, the tube amplifier elevated the guitar out of the rhythm section. These revolutionary tools of the 30s endure to the present and the first of them — made of metal and wood, leather and glass–are still around and available. It’s a thrill and an honor to make music with these treasures.”

Few DC venues could likely have provided a more appropriate setting for Rachael & Vilray’s vintage-inspired performance than The Miracle Theatre. Located in Capitol Hill’s historic Barracks Row neighborhood, the building’s history dates to 1909 when it opened as a vaudeville theatre hosting a mix of entertainment including motion pictures and live performances. Over its 110-year history, the building has transitioned from vaudeville theater to movie theater to a church and now back to a movie theater and live performance space again. Today, in addition to showing second-run movies, The Miracle Theatre partners with Union Stage to produce several musical performances each year.

Rachael & Vilray had fun introducing their original material to the audience. In introducing the second song of the set, Vilray asked the audience to close its collective eyes and participate in a mindfulness exercise. He urged everyone to take a deep breath, then another. He asked, “Do you notice what you don’t smell… that fella sitting next to you? Not smelling takes effort. That effort is the ‘Laundromat Swing.’”

Prior to “At Your Mother’s,” Rachael cautioned the audience that it is the “angry song” of the evening. She told the audience that she had an old boyfriend whom she broke up with, but he stayed friends with her mother. “That’s just wrong, isn’t it!?” she asked the audience with mock exasperation. The song is written from the ex-boyfriend’s perspective and the first verse starts out,

“Everybody knows there’s one place I go when I’m feeling blue/
That’s to your mother’s house, where we talk about you./
She shows me pictures of little you in the nude/
And it would be rude of me, if I did not let her see, the ones I took of you.”

Later in the program, after playing “I Love the Way,” Vilray explained that it was a commissioned piece of music and it is by far the purest love song he’s ever written. He paused, then said, “Now its time for the impure love song, ‘Let’s make love… on this plane’.”

Rachael & Vilray haven’t released an album with their duet material yet, but one is in the works. You can find a good amount of their work on YouTube, including this rendition of “Let’s Make Love on This Plane” from 90.7 WFUV.org:

Fans of Rachael Price can look forward to seeing Lake Street Dive at Wolf Trap this summer where they will share the stage with The Wood Brothers on June 8. Buy your tickets online!  For more on Vilray, check out Vilray.com for information on his upcoming projects.

Enjoy some photos from Rachael & Vilray at Miracle Theatre on Feb. 22, 2019. All images copyright and courtesy of Ari Strauss. 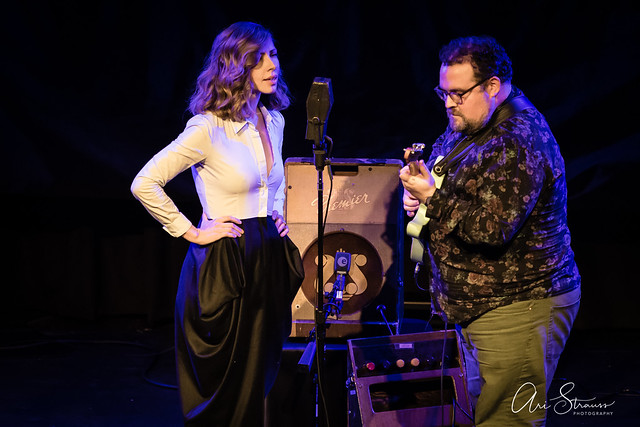 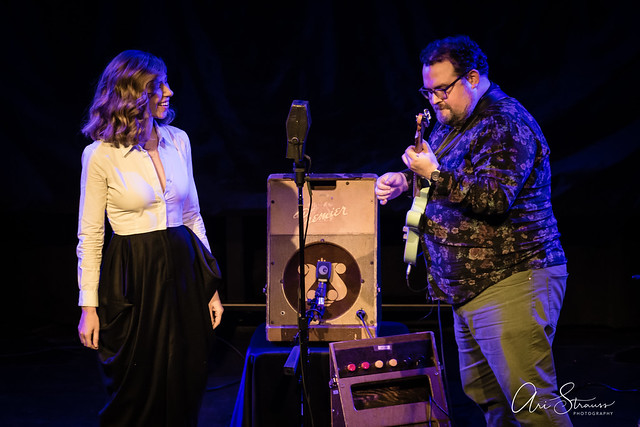 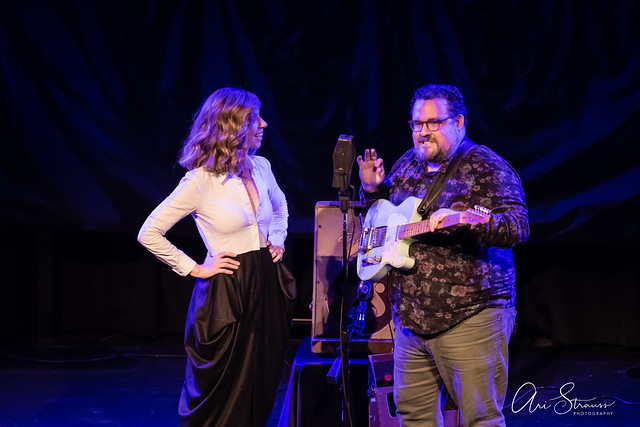 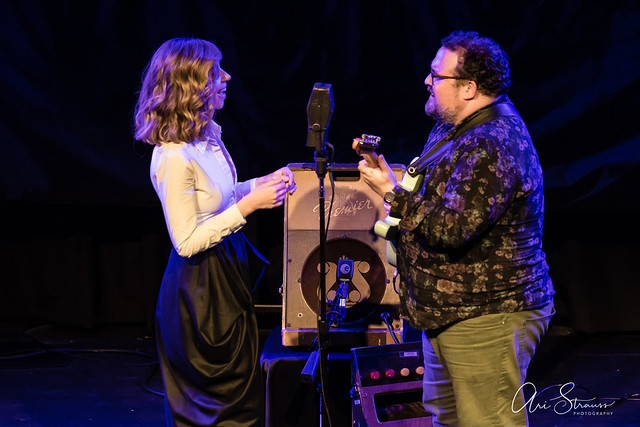 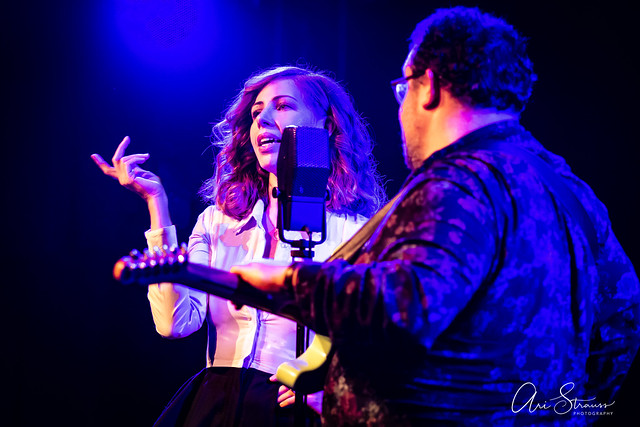 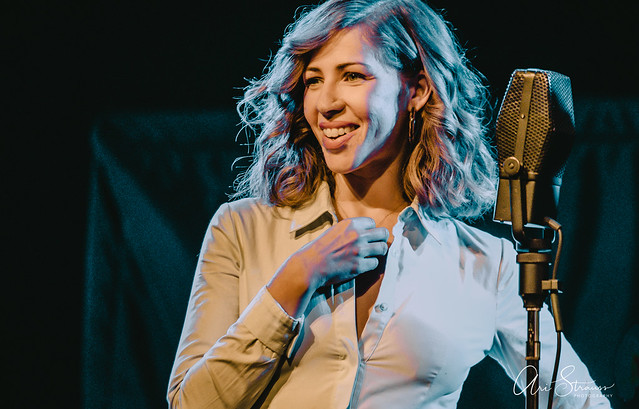 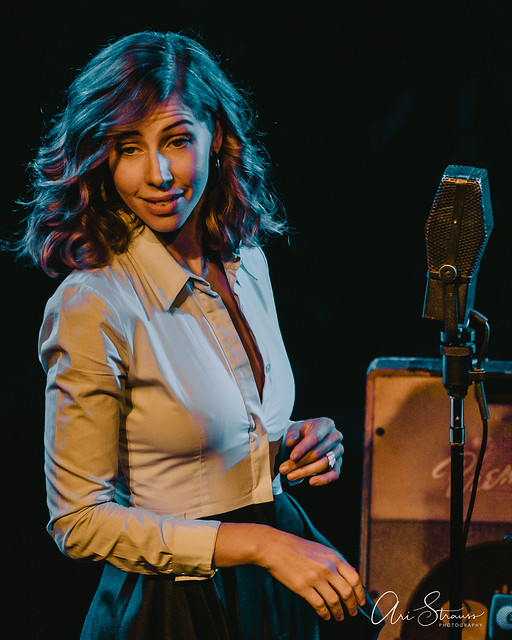 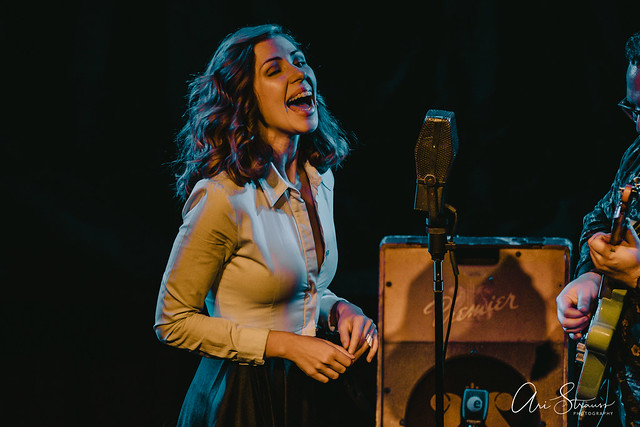 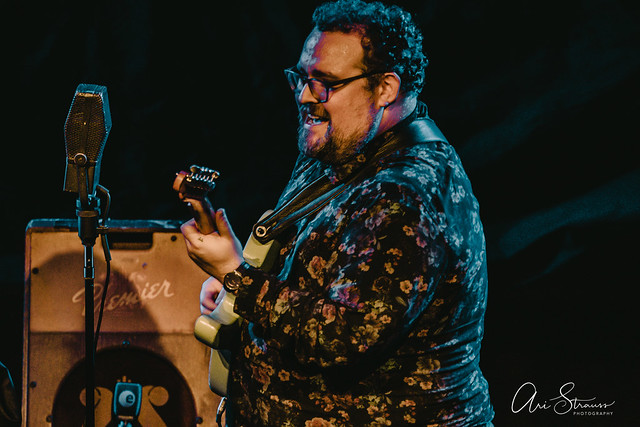 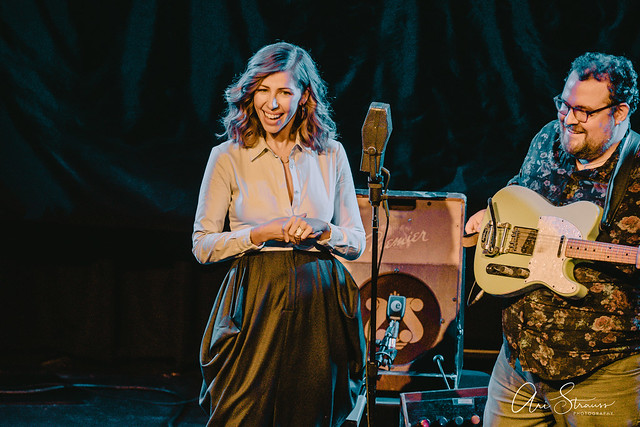 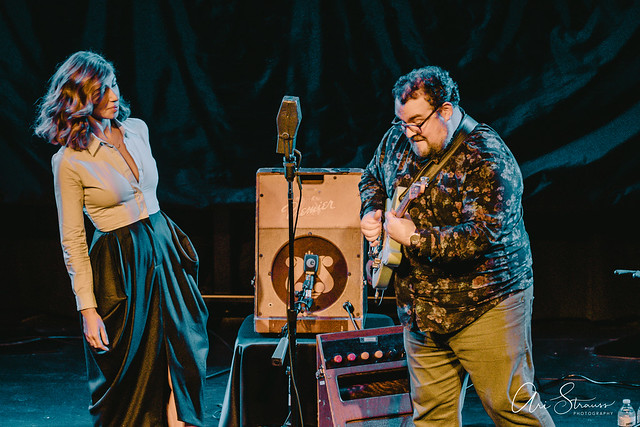 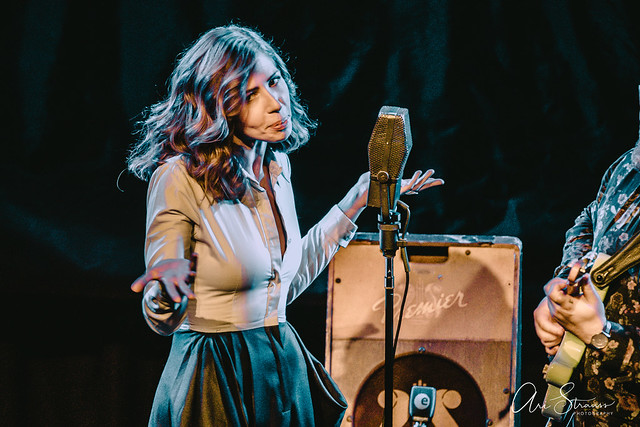 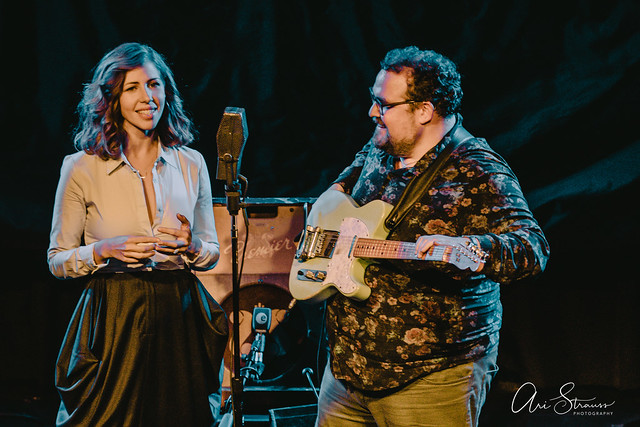