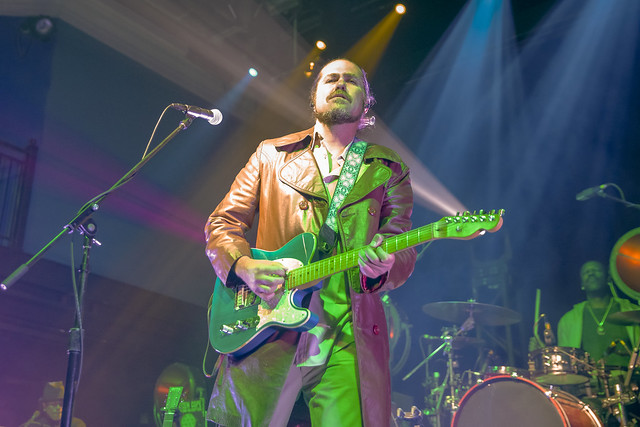 Stories are what make us human and what’s music if not small snippets of humanity? Clarence Greenwood, aka Citizen Cope, performed his positive, poignant, and personal tales during a recent sold-out concert at DC’s 9:30 Club.

On March 3, fans lined up in the cold rain to hear the urban-folk artist who The Washington Post once called “DC’s finest export since Marvin Gaye.” The gravelly voiced singer is likely influenced as much by the R&B great as other legendary vocalists.

Bob Marley’s music played as people piled into the historic venue. I often wonder who picks the music that fills a concert hall when bands aren’t on stage. Is it the sound guy’s personal playlist? An arbitrary collection of songs?

Citizen Cope opened the show with his performance of the reggae-infused “Penitentiary,” off the 2004 album The Clarence Greenwood Recordings. Standing stoically center stage in a brown leather trench, he sang about a day when penitentiaries would no longer be necessary — the penitentiary of our own closed-mindedness, as well as places of incarceration. The song recalled a line from Bob Marley’s “Redemption Song.” “Emancipate yourself from mental slavery, none but ourselves can free our minds.” It became clear that the pre-show music selection was far from arbitrary.

“Justice” is the first single off Citizen Cope’s latest album, Heroin and Helicopters. The album, seven years in the making, was released two days prior to the show. On the song, Cope questioned the notion of justice while acknowledging the power of positivity to overcome society’s ills. “There’s so much trouble in the world, surrounded by miracles,” he sang.

Stream Heroin and Helicopters by Citizen Cope on Spotify:

Citizen Cope took a moment during the show to explain the Heroin and Helicopters album title. He tells a story of how at San Francisco’s Fillmore he got some advice from longtime friend Carlos Santana. “You have to watch out for two H’s,” “heroin and helicopters,” he told Citizen. Neither, have worked out well for people in the music industry.

Legendary music promoter and former owner of the San Francisco Fillmore Bill Graham died in a weather-induced helicopter crash in 1991. The year before, blues guitarist Stevie Ray Vaughan died under similar circumstances. The perils of heroin need no explanation. Citizen, a gifted songwriter and deep-thinker, crafted Santana’s advice into a metaphor for addiction and instant gratification.

During the performance of “Sally Walks,” the audience was taken down a back alley where the once beautiful Sally couldn’t be recognized — if it weren’t for her walk. The story was a fairy tale that doesn’t end well. Sally has danced with demons and succumbed to addiction. 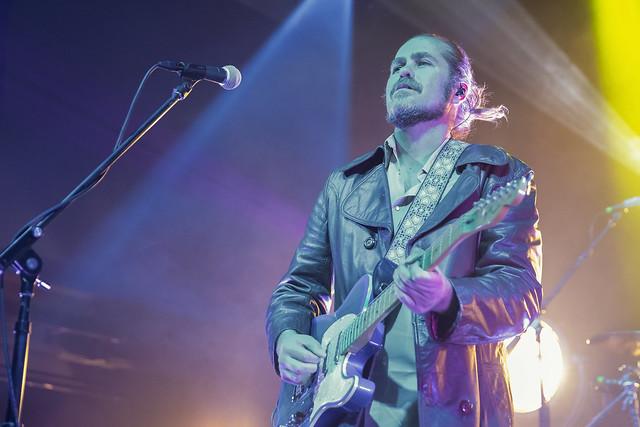 “Welcome home,” an audience member yelled during a momentary silence between songs. Citizen Cope was born in Memphis but raised in the District. His music career began in the ‘90s as a DJ for alternative DC rock/hip hop group Basehead. The hip-hop influence came through during Citizen Cope’s performance of “Let the Drummer Kick,” off his 2002 self-titled debut album. The sparse track was driven by 808 kicks, a funky piano riff, and distorted record scratching.

“The woman that I love is forty feet tall…,” Citizen Cope sang on the insanely imaginative “Pablo Picasso.” “Mr. Officer, if you’ve come to take her, then that means one of us, gonna end up in a stretcher…,” he continued. The singer with the smoldering eyes meant business, but who’s the lady? Some have theorized the song’s lyrics were the rants of a homeless man enamored by a billboard or the statue of liberty.

“Y’all feel like hearing a story,” Citizen Cope asked midway through his encore acoustic set. The audience was game. He recounted the time he had to charter a private jet to make it to a show. “I’m thinking this was the kind of jet Jay-Z flies in on in the video, but it was more like the plane that Snoopy was flying in the cartoon,” he said. Spoiler alert, he makes it to his destination but not before some frightening yet hilarious moments at 41,000 feet.

The impromptu stand-up routine showed that Citizen Cope knows the strength of storytelling. Throughout his performance, he used this understanding to connect with fans. It has been seven years since his last release, but Citizen Cope hasn’t missed a beat.

Other highlights from the night included Citizen Cope’s performances of…

Did you miss Citizen Cope at 9:30 Club? He returns to DC for a show at the Lincoln Theatre on Wednesday, April 17. Don’t wait — as the show will surely sell out. Buy your tickets online!

Here are some photos of Citizen Cope performing at 9:30 Club on March 3, 2019. All photos copyright and courtesy of Will Colbert. 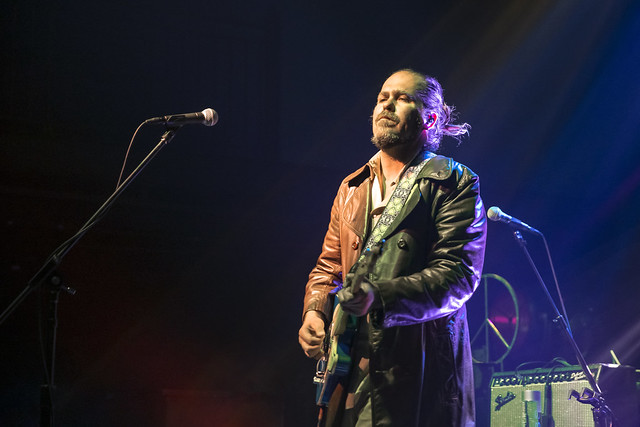 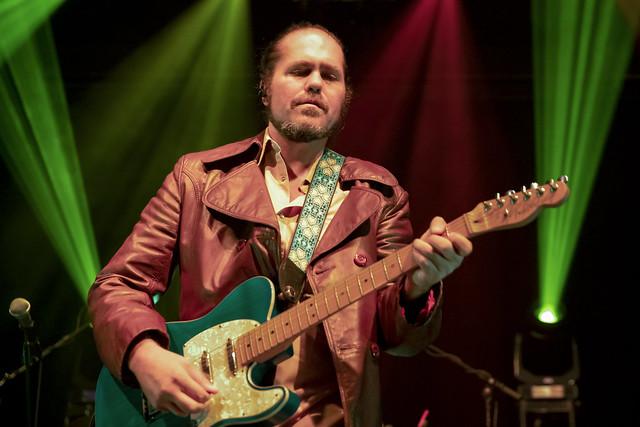 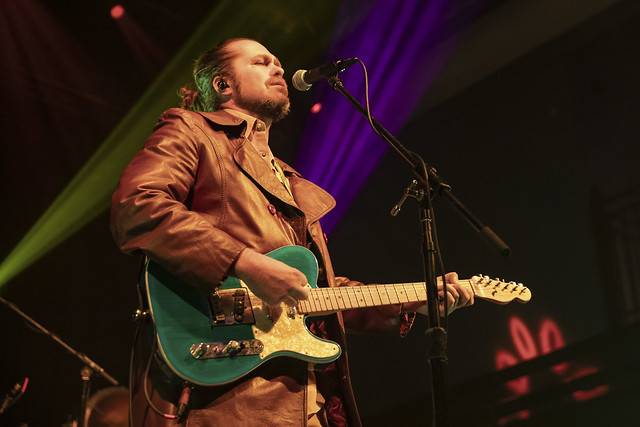 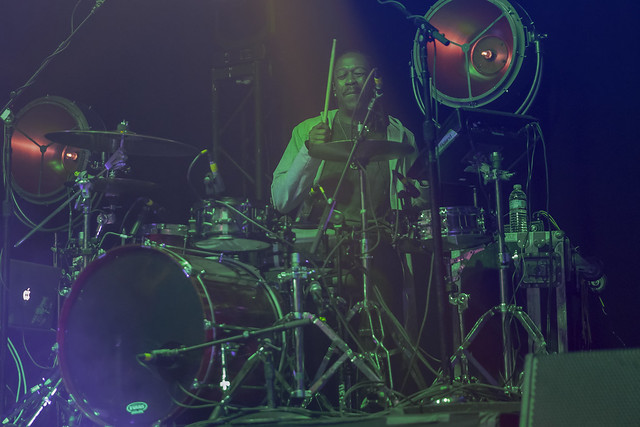 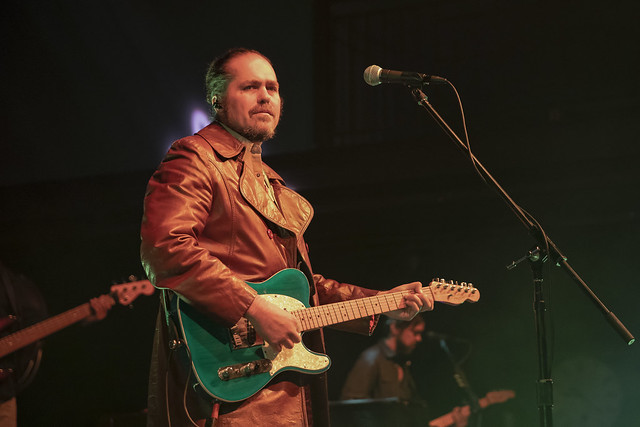 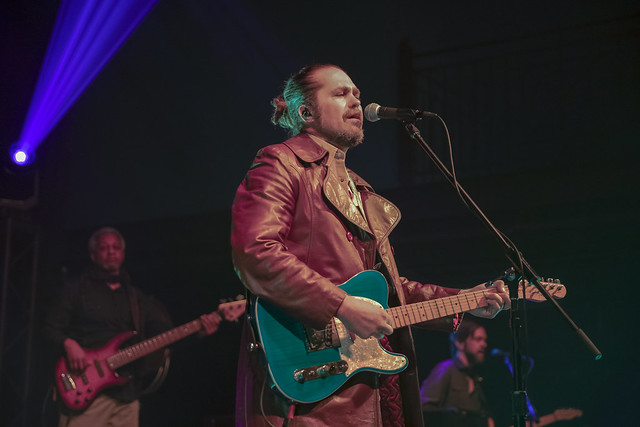 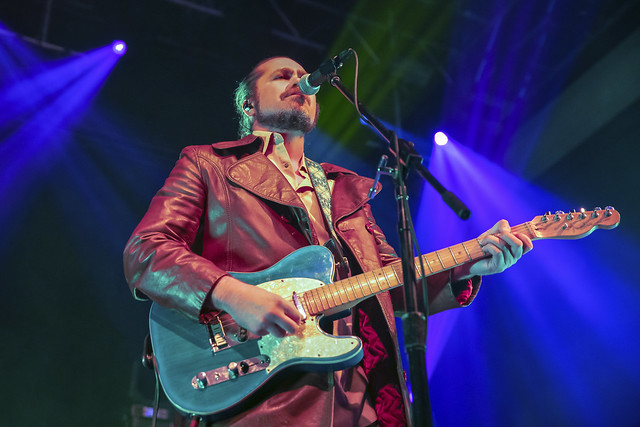 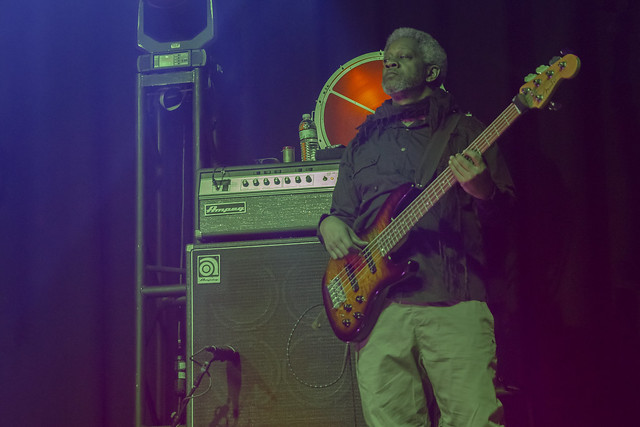 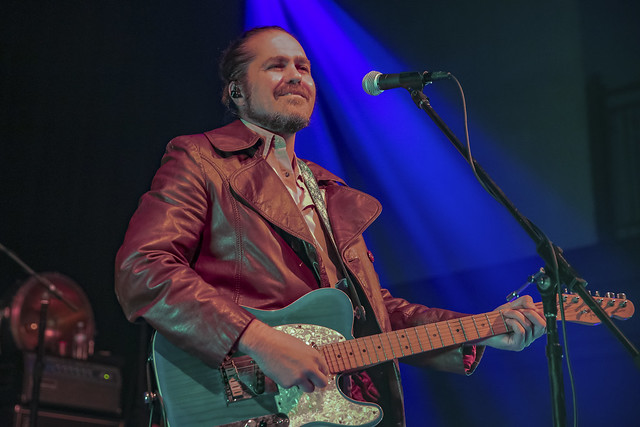 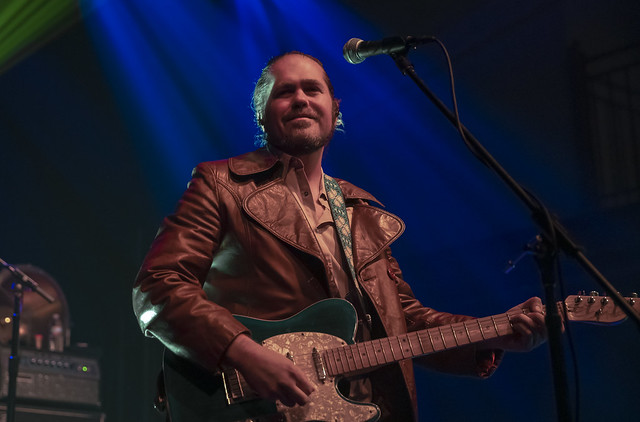 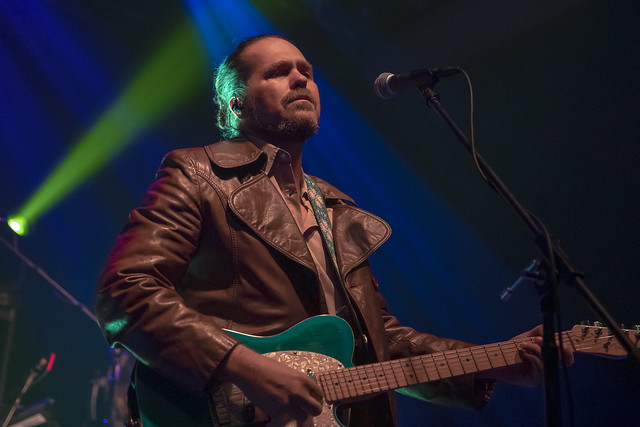 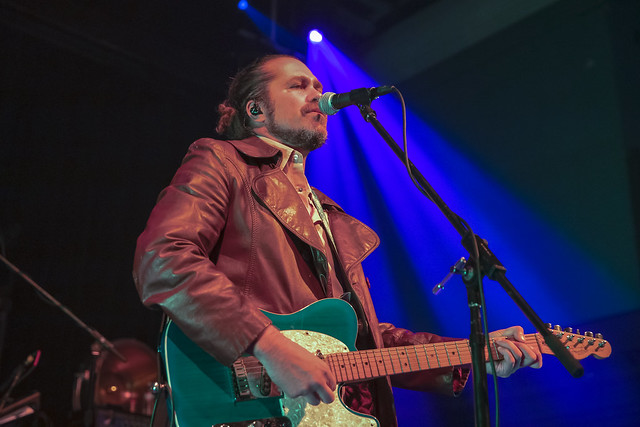 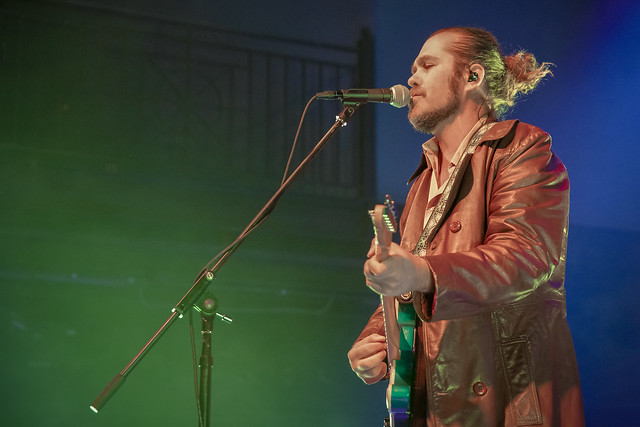