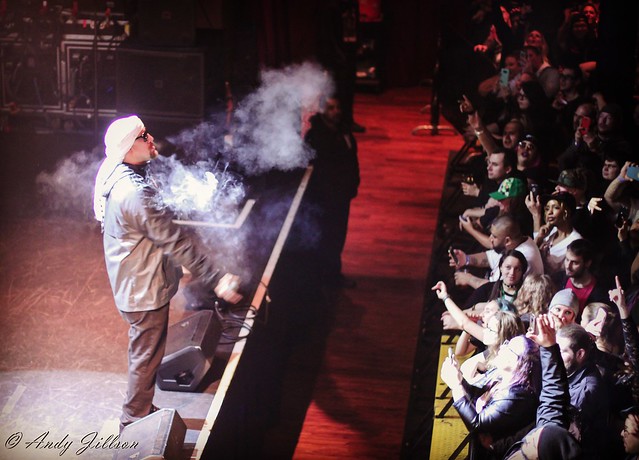 Cypress Hill recently played a show at The Fillmore Silver Spring in support of Elephants on Acids,  the band’s ninth studio album. Still most famous for “Insane in the Brain,” Cypress Hill performed songs new and old, and Andy Jillson took some pix.

The band’s self-titled debut album dominated the show with four selections, including “Hand on the Pump” early in the show and “How I Could Just Kill a Man” later in the concert. On March 8, the guys opened and closed the show with songs from Elephants on Acid — “Band of Gypsies” and “LSD (Interval),” respectively.

Stream Elephants on Acid by Cypress Hill on Spotify:

Of course, vocalists Louis “B-Real” Freese and Senen “Sen Dog” Reyes were joined by longtime bandmates Lawrence “DJ Muggs” Muggerud and Eric “Bobo” Correa. And they also played several selections of their 1993 #1 album, Black Sunday, including
“When the Shit Goes Down,” “Insane in the Brain,” and “I Ain’t Going Out Like That.”

Here are some pictures of Cypress Hill performing at The Fillmore Silver Spring on March 8, 2019. All photos copyright and courtesy of Andy Jillson.