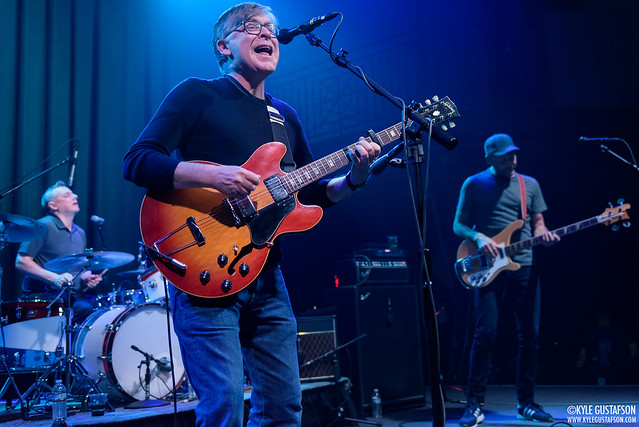 It seems wrong to start a concert review by mentioning the one guy that wasn’t there, but we might as well address the elephant in the room first thing. Last fall, Gerry Love, bassist and founding member of Teenage Fanclub, announced he would leave the group after their winter run of shows in the UK.

This was obviously a shock to fans everywhere, as Gerry was one-third of indie music’s *premier* songwriting trios and was responsible for some of the group’s best songs. Simply put, for a band that has been together 30+ years and relies heavily on three-part harmonies in their music, this was a BIG DEAL. 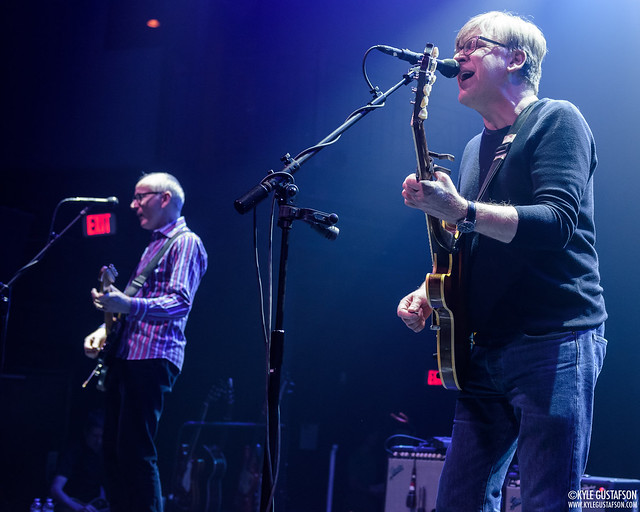 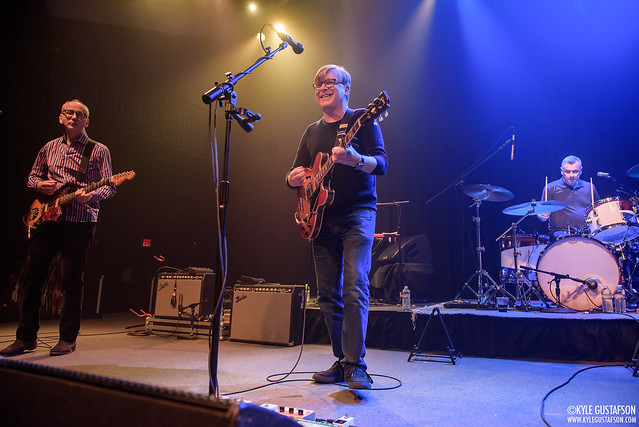 Undaunted, the rest of the band, Norman Blake, Ray McGinley, Francis McDonald, and “new” members Dave McGowan and Euros Childs (both have performed with the band before), set out on a US tour last month that brought them through the hallowed halls of the 9:30 Club last weekend. And while this is undoubtedly a changed band, I’m happy to report that they’re still a superb group. 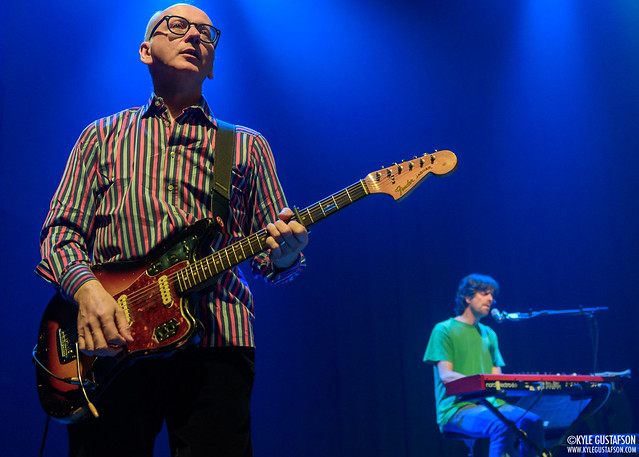 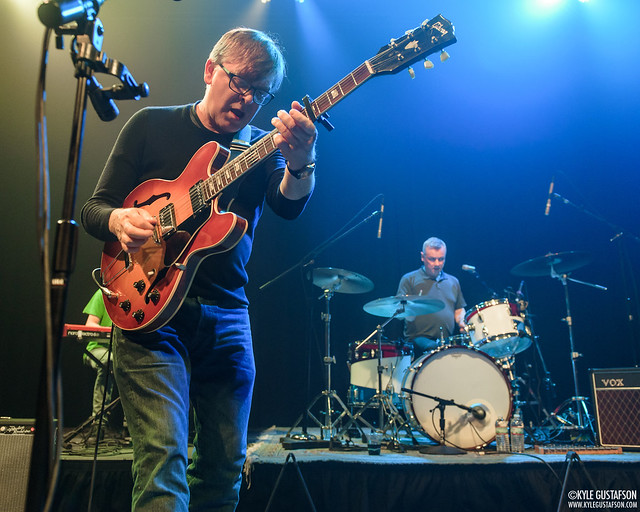 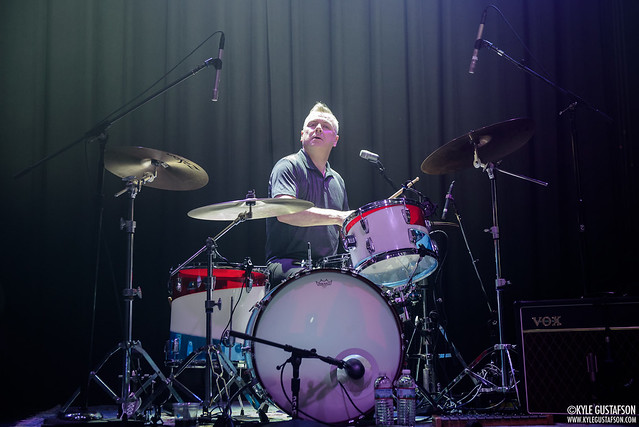 Yes, the indelible and instantly recognizable three-part harmonies are gone, but Norman Blake and Ray McGinley (with help from Francis and Euros) did a fine job of carrying these tunes, with classics like “Start Again,” “I Don’t Want Control of You,” and “It’s a Bad World” sounding brilliant as usual. And while the set missed some of Love’s more notable contributions (like “Star Sign” and “Don’t Look Back”), the absence of his songs in the set gave room for additions like classics “Alcoholiday” and “What You Do to Me” from the group’s 1991 breakthrough (and SPIN Album of the Year) Bandwagonesque as well as “The Cabbage” from 1993’s Thirteen.

Norman also gave “Baby Lee,” a single from 2010’s Shadows, its first airing of the tour. Other highlights included a sublime version of “The Fall” that opened the encore as well as the always welcome “Your Love Is the Place That I Come From” with Norman on xylophone. 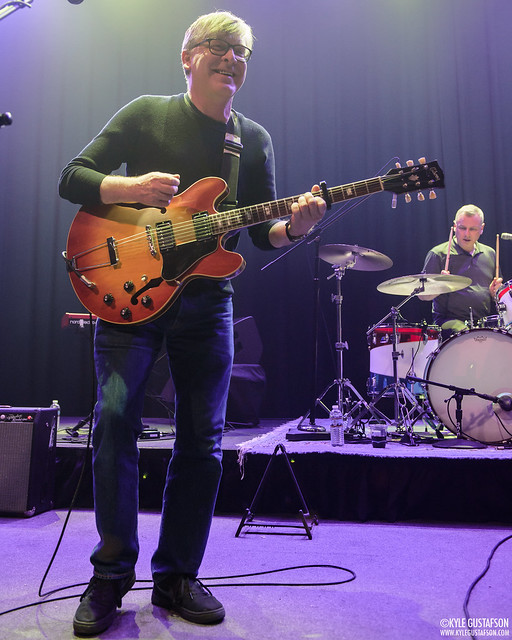 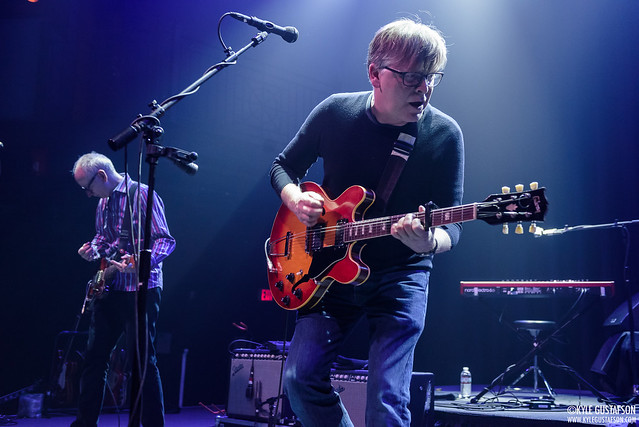 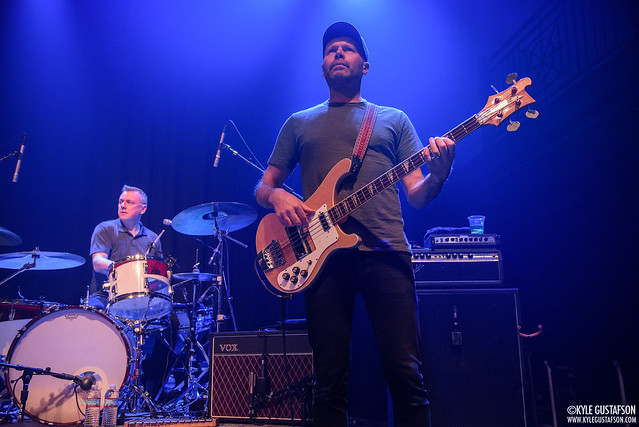 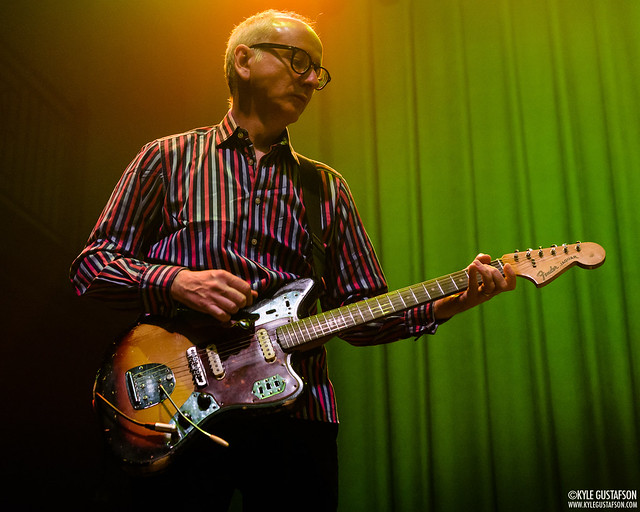 The set also included the band’s new single, cheekily named “Everything Is Falling Apart.” It’s the first music they’ve recorded with the new lineup and the band are currently working on a new album. Gerry Love will be missed by the band going forward, his pop hooks were a perfect counterbalance to Ray’s laidback, West coast vibes and Norman’s indie rock leanings. But given their performance at this show, it’s clear they’ll carry on just fine.

Here are a few more pictures of Teenage Fanclub performing at 9:30 Club on March 16, 2019. All photos copyright and courtesy of Kyle Gustafson. 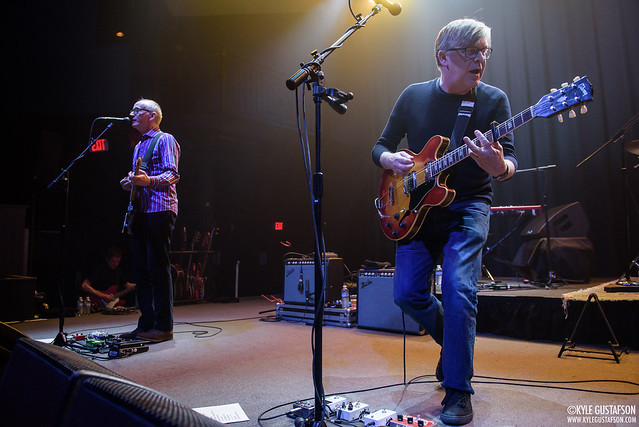 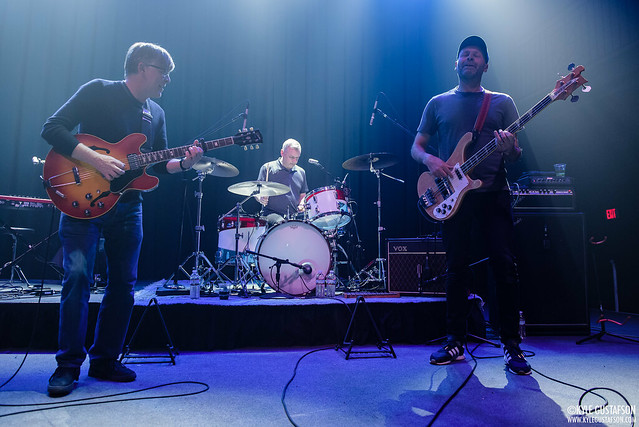 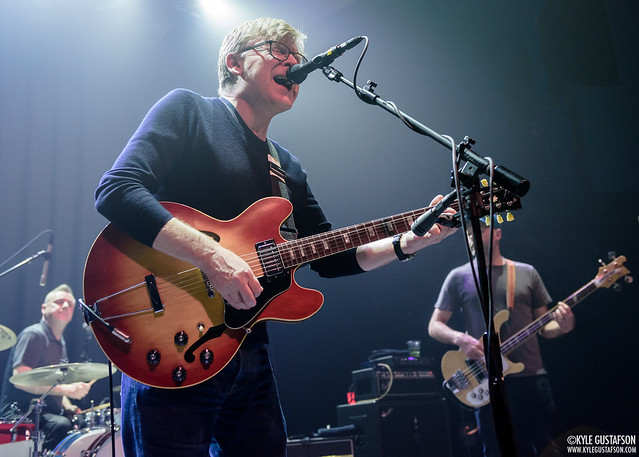 Setlist:
About You
Start Again
The Cabbage
Everything Is Falling Apart
Only With You
Catholic Education
Alcoholiday
The Darkest Part of the Night
Your Love Is the Place Where I Come From
Baby Lee
Verisimilitude
I Don’t Want Control of You
It’s a Bad World
I’m in Love
My Uptight Life
The Concept

Encore:
The Fall
What You Do to Me
Everything Flows