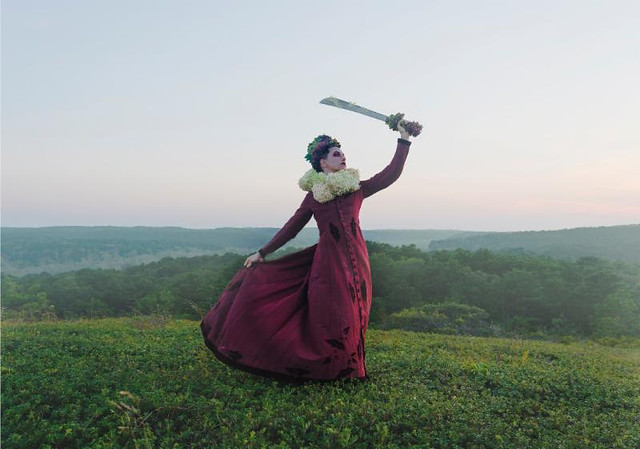 While the themes of the new album may be dark, the record’s overall sonic and lyrical mood is one of triumph in the face of life’s most ineffably “shitty” circumstances. Recorded over a single month in Los Angeles by John Congleton, There Will Be No Intermission was entirely crowdfunded by over 14,000 patrons using Amanda’s community hub on Patreon.

“The last seven years have been a relentless parade of grief, joy, birth and death, and all of it has galvanized me to the core: as a writer, as a woman, as an artistic servant,” Amanda said. “I also had no idea that my 14,000 patrons — who held my hand through this entire process — would have the profound effect on my songwriting that they did. Everything feels inseparable now: my crowdfunding through Patreon, the birth of our son, the election of Trump, two abortions, the Kavanuagh hearing, the death of my best friend, being in Ireland for the repeal, the miscarriage I had on Christmas day.”

Watch the official music video for “Voicemail for Jill” by Amanda Palmer on YouTube:

“There Will Be No Intermission is a triumphant return of an uncompromising artist. It is singularly the best piece of work that Palmer has produced in her career,” said Pop Matters.