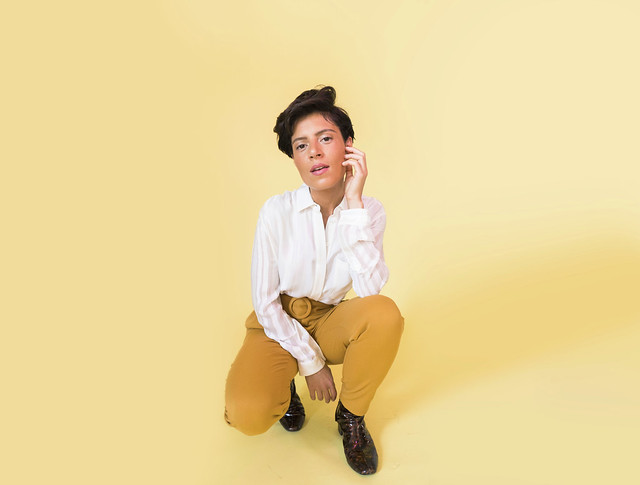 Grammy-nominated soul singer Emily King will perform at the 9:30 Club on Thursday, April 4, in support of her latest album, Scenery.

After spending her first three decades living on the same downtown block in New York City, Emily, just a year ago, left her comfort zone and moved to the Catskills in upstate New York, where she created her latest album: Scenery.

Featured as an NPR First Listen, Scenery was called “a sweeping coming-of-age tale” and “a precise-yet-fluid blend of ’80s pop and rock, contemporary R&B and light jazz touches that, together, reveal a starry-eyed earnestness.”

Watch a music video for “Look at Me Now,” live at Apogee Studios, by Emily King on YouTube:

Asked about her song “Marigolds,” the 10th track on Scenery, and its driving synths, Emily told NPR she “really got heavy into Tina Turner, like ‘Simply The Best’…that era.” Said Emily, “And I just thought she managed to make these pop records, but they’re R&B records, too. And they’re timeless. So I wanted to emulate that, and I also wanted to sound more electronic.”

And it seems she succeeded while staying true to her own voice. Wrote The New York Times about Scenery: “a dash of bouncy ’80s-sounding synths while maintaining her signature stripped-down sound.”