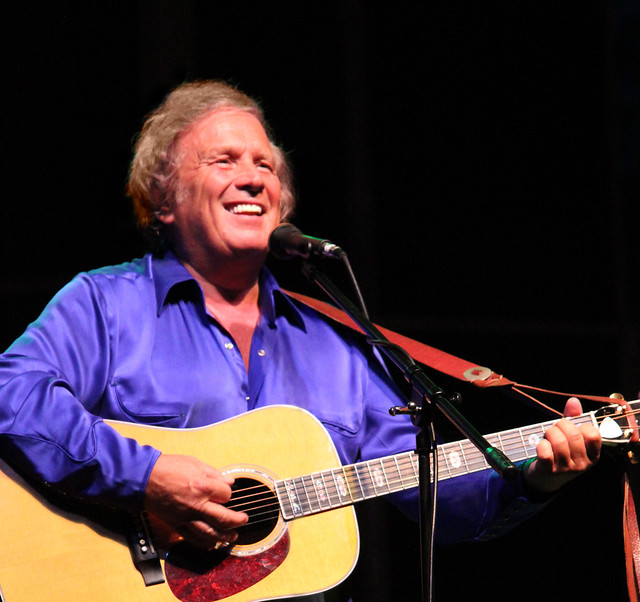 On Feb. 3, 1959, tragedy struck at the heart of American music. A chartered aircraft crashed in Mason City, Iowa just minutes after takeoff, claiming the lives of Buddy Holly, Ritchie Valens, JP Richardson – “The Big Bopper” – and the pilot, Roger Peterson.

That fateful day inspired singer-songwriter Don McLean to write the song “American Pie,” capturing a loss of innocence, in 1971. The tireless Mr. McLean brings his best-known song and the rest of his catalog to The Birchmere on Friday, April 5.

Recently, Don observed the 60th anniversary of Buddy Holly’s death, and he hit the road again.

“It is a wonder to me that after all these years my worldwide fan base is as strong as it is,” Don said. “I thank all my fans who have supported me, believed in me, bought my records, and attended my shows. I have enormous gratitude for this and the wonderful experiences I’ve had. I hope I can meet many of you. Thank you.”

But it’s no wonder. “American Pie” spent four weeks at #1 in 1972. In 2001, 30 years later, the Recording Industry Association of America, along with the National Endowment of the Arts, named the it the fifth greatest Song of the Century.

In a review of the album American Pie for AllMusic, William Ruhlmann hails it as a “final statement.”

“American Pie — the album — is very much a record of its time; it is imbued with the vague depression of the early ’70s that infected the population and found expression in the works of singer/songwriters. “American Pie” — the song — is really a criticism of what happened in popular music in the ’60s, and ‘Vincent’ sympathizes with Van Gogh’s suicide as a sane comment on an insane world.” He added, “The songs are made all the more poignant by the stately folk-pop arrangements and McLean’s clear, direct tenor.”