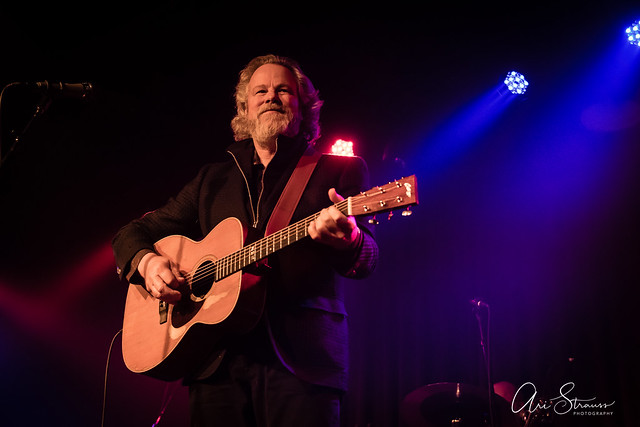 Robert Earl Keen performs at The Birchmere on March 26, 2019. (Photo by Ari Strauss)

Son Volt’s “Tear-Stained Eye” played Robert Earl Keen and his band onto the stage at The Birchmere recently for an evening of songs and stories.

The Texas singer-songwriter began his show on March 26 conversationally, apologizing for being a few minutes behind schedule. He took a nap and had a very pleasant dream, and he overslept a bit. No matter, however: The Americana legend clearly felt it, his smile beaming out warmth and joy.

REK opened with “The Great Hank,” a song about seeing a reincarnated Hank Williams performing in drag in Philadelphia. While his melodies and instrumentation hew to country, REK’s off-the-beaten-path, sophisticated, and witty songwriting puts him more in the Americana stripe than it does anything like today’s commercial country. After the song, he said, “Weird enough for you?” REK shared that Time named the song one of 10 best of summer 2009, and he quickly quipped that this why they don’t have a magazine anymore.

Of the next song, with the cheery title “Dark Side,” Robert joked that he sent it to Hallmark and they responded by blocking his email address. Introducing a song he would refer to as “Silver Spurs,” he named his favorite Johnny Bush song, “Green Snakes on the Ceiling.” REK said that Johnny had told that if he’d given the song “Where Does She Go When She’s Gone?” the alternate title “Silver Spurs and Gold Tequila,” he’d have had a #1 hit. REK continued his run of wry humor, saying that from that point onward, he gave all his songs the title “Silver Spurs and Gold Tequila.”

REK discussed making his bluegrass album, Happy Prisoner, which consists entirely of covers. He first heard the song “99 Years to Just One Day” in Winfield, Kansas. After the bluegrass song, REK deprecated himself even more, saying that if you loved the high, lonesome voice associated with the genre, “I’m halfway there, and you can choose which half.” Happy Prisoner: The Bluegrass Sessions is Robert’s most recently published studio album, released in 2015 via Dualtone Records.

After jamming on “Shades,” REK said, “This is not work. I’ve had a hundred jobs, and this doesn’t come close.” Coming up with a different setlist for each show, however, “is kind of like work.” He assured the audience that he’s good at it; he knows what he’s doing.

REK doesn’t just construct a new setlist for each show. He tells different stories that accompany the songs he plays. As he covered “Flying Shoes” Tuesday night, the audience got to hear about his adventures with Townes Van Zandt. Townes didn’t drive, so REK often ended up behind the wheel. Townes would often say to that REK “ain’t no Vincent,” by which he meant Van Gogh. REK replied, “I don’t even fucking paint.” Townes would push the point, and REK would tell him to just get in the car.

In another timeless story, REK talked about going to a ramble at Levon Helm’s place in New York. Levon converted a barn into half his home and half a small venue, which only held a hundred or two hundred people. When he got to the sing “The Weight,” REK said, the stage, much smaller than The Birchmere’s, held “about 17 people.” Levon inspired REK to write “The Man Behind the Drums.”

An REK show has a unique atmosphere, with fans singing along to many of the songs. On his signature tune, “The Road Goes on Forever and the Party Never Ends,” members of the audience belted out the title line with every refrain. At no other musician’s concerts have I felt the sense of camaraderie that exists at REK’s shows. No matter how far he journeys from Texas, REK gives his audience that sense you’re sitting around a fire, brought together as one by songs that come from the heart.

REK expressed his love of The Birchmere as one of his favorite places to play. Praising the great care that the staff always takes of him and and his band, he said that the audience really makes the venue a special place. People who come to The Birchmere really love songs, he said. REK hit the nail on the head about The Birchmere and as a great songwriter, REK is indeed much beloved at The Birchmere.

Here are some pictures of Robert Earl Keen performing at The Birchmere on March 26, 2019. All photos copyright and courtesy of Ari Strauss. 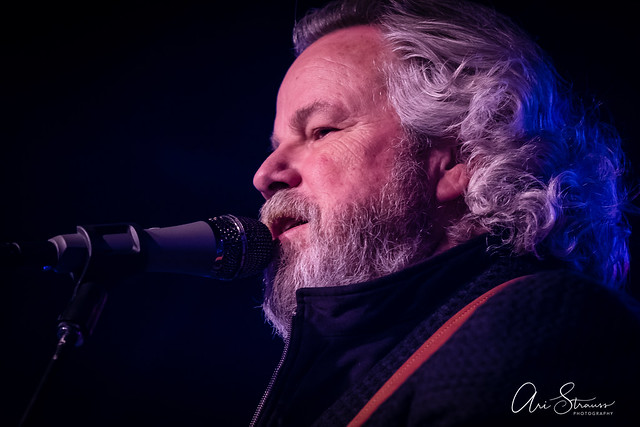 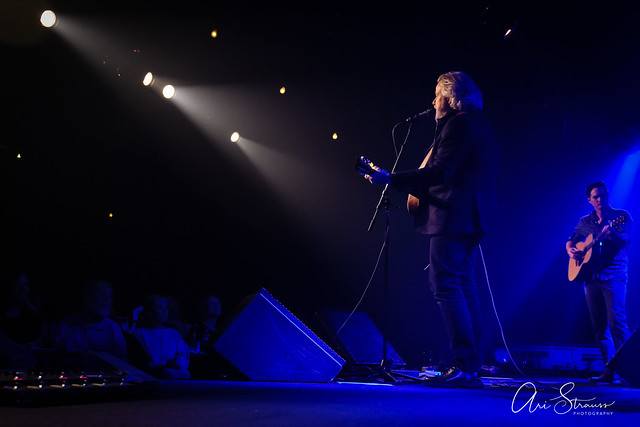 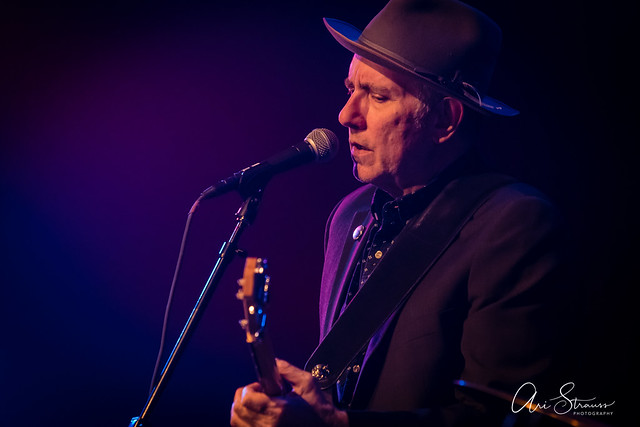 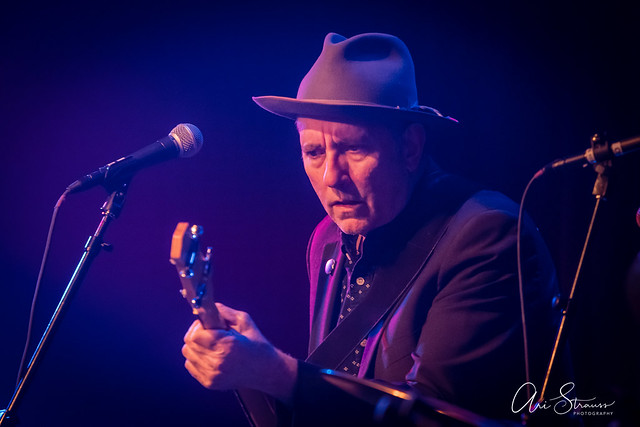 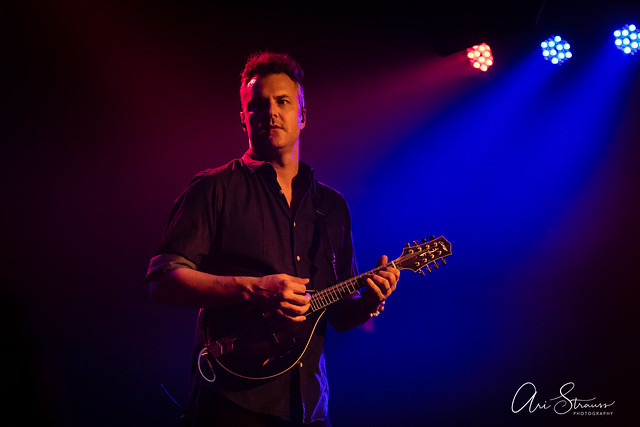 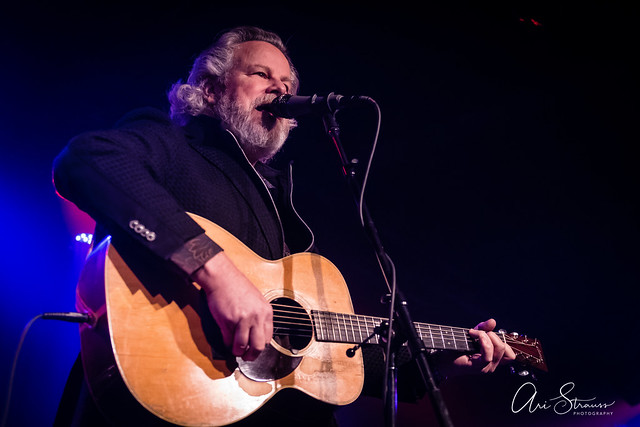 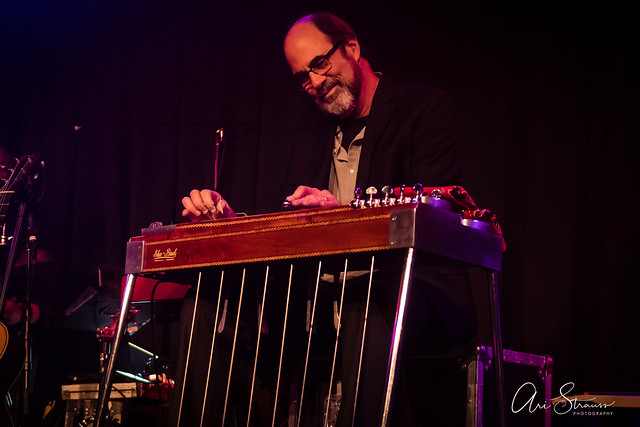 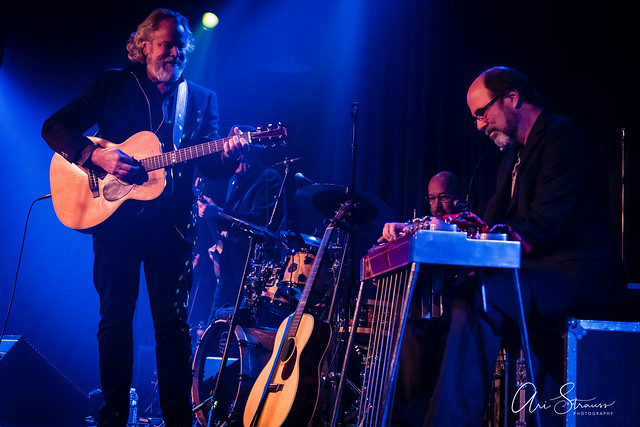 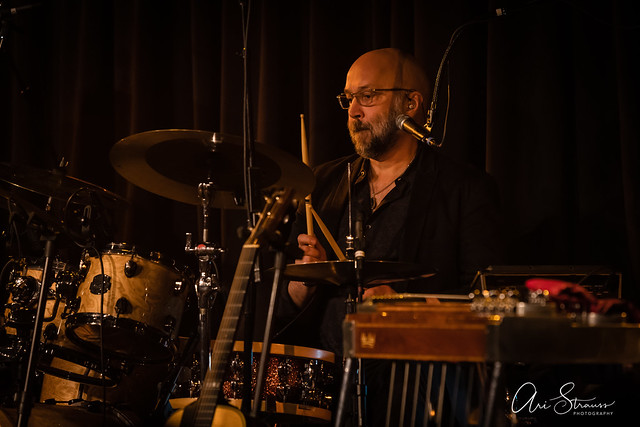 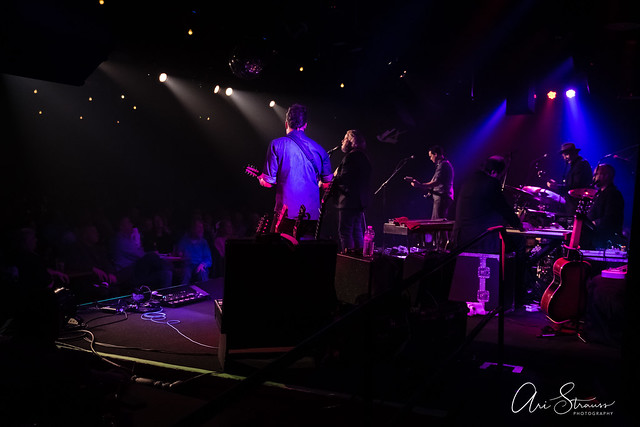 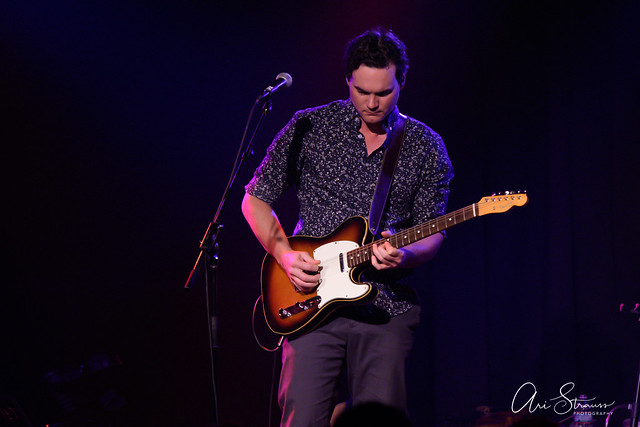 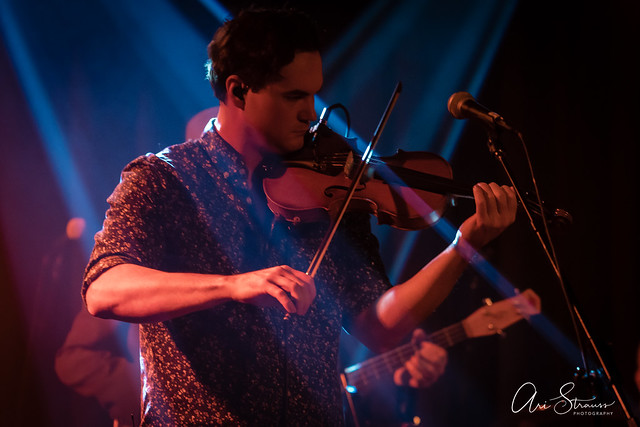 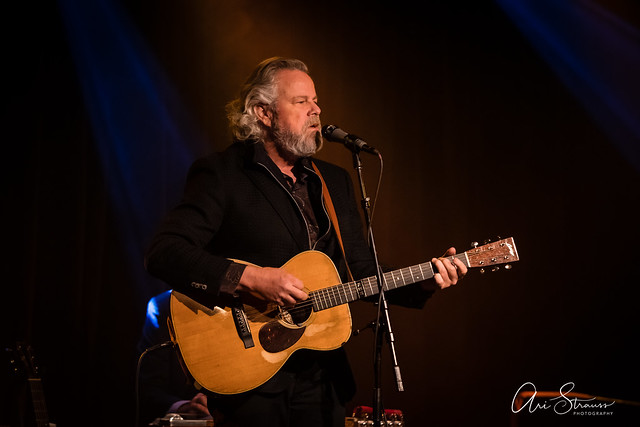 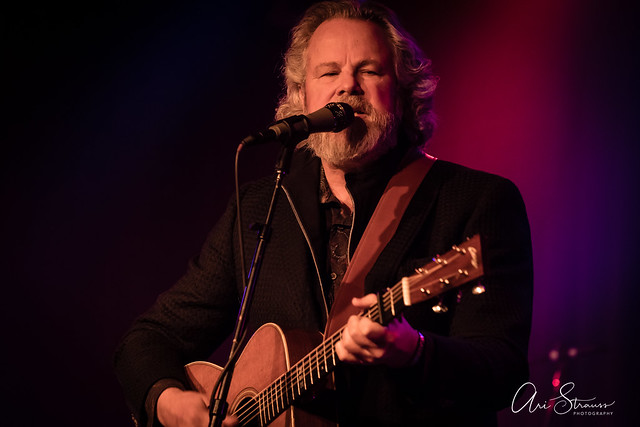 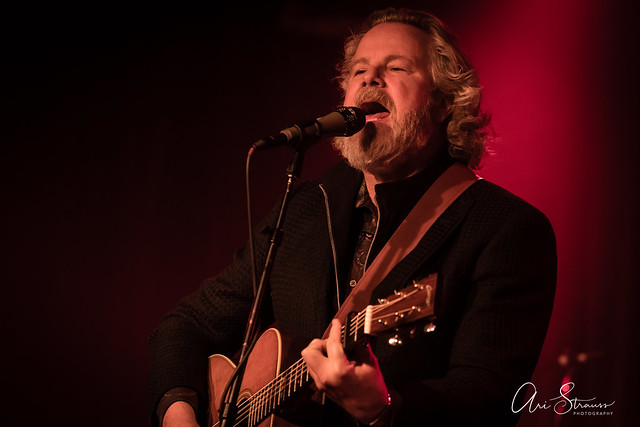 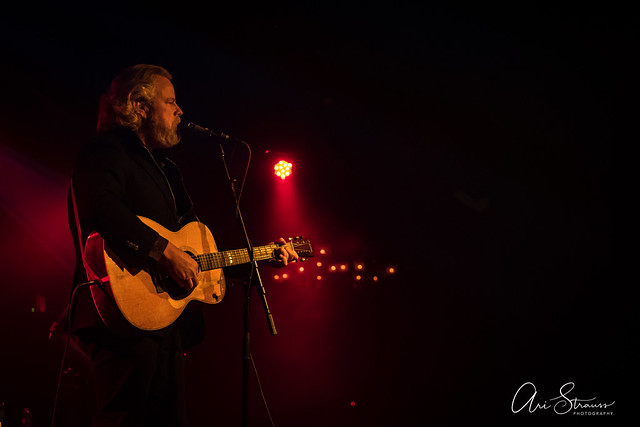 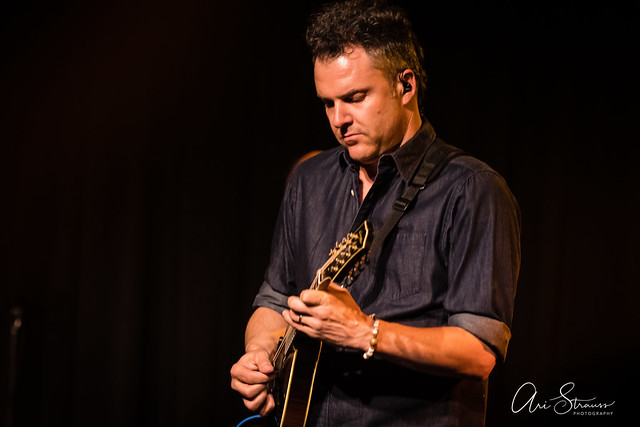 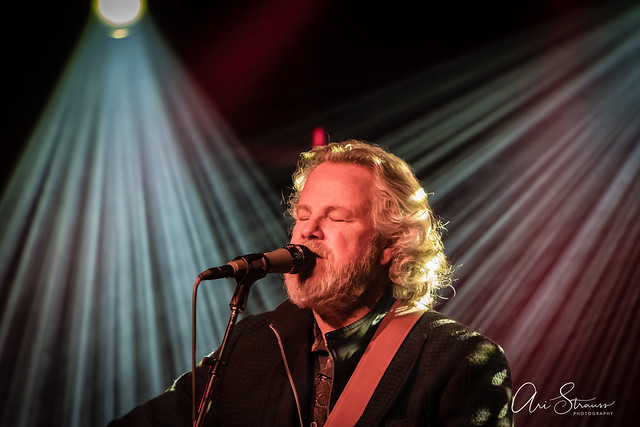 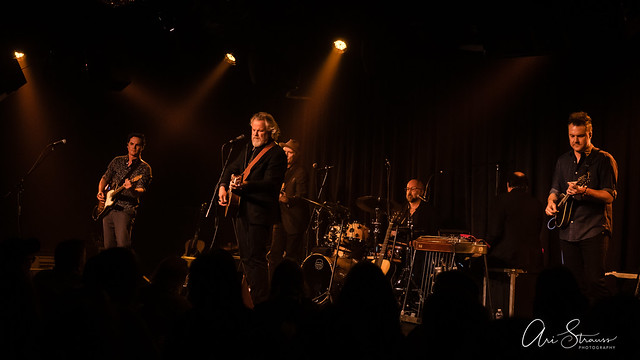