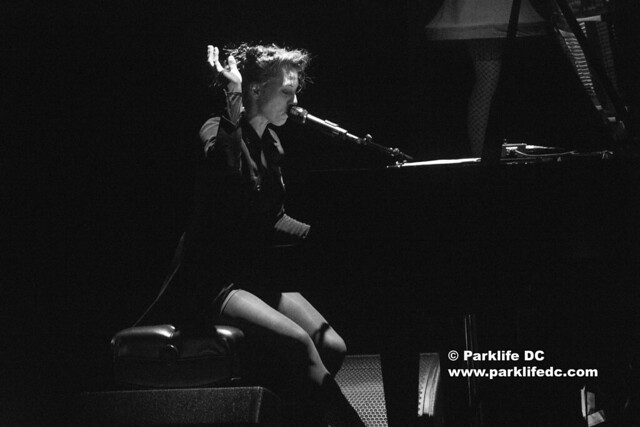 And the show was largely a heavy thing certainly. Amanda may have performed roughly 16 songs during that time, but she spent a lot of time sharing her thoughts on her life and a great deal of that dealt with her decisions to have several abortions.

This reviewer has neither the inclination or the aptitude to recap the discussion in detail but suffice to say that Ms. Palmer is a tremendous advocate of a woman’s right to choose — whether that involves having 10 babies or having none. For her part, Amanda and her husband, the author Neil Gaiman, do have a son, Ash, who brings her a great deal of joy.

Of course, Ash factored into Amanda’s storytelling as she undertook a solo piano tour that heavily drew from There Will Be No Intermission, her latest *solo* album, released earlier this year after a successful crowdfunding campaign. There was indeed one intermission during the lengthy performance, and prior to that intermission, Amanda performed perhaps the standout song of the evening — “A Mother’s Confession” from the new album.

The winding talkalong song, delivered in Amanda’s signature in-the-moment style, reflected on small, terrible things that happened but always with a note of relief that it wasn’t as bad as one time when baby Ash fell from a perch to the floor, only apparently to land unharmed and inspire the refrain, “At least the baby didn’t die.”

Stream There Will Be No Intermission by Amanda Palmer on Spotify:

As you may have noticed on the album cover, the never demure Amanda appears nude, and perhaps as a salute to that fact, the audience that remained at the end of the show witnessed Amanda return au naturel for an encore of her song “Ukelele Anthem.” At no time in history was it likely that a rather full theatre were so well behaved when presented with a trim naked redhead carrying a single stringed instrument.

After the intermission, Amanda satisfied her audience’s expectations with a full rendering of “Coin-Operated Boy.” Later, she surprised and delighted with a cover of “Let It Go” from the Disney movie Frozen. The cover song capped a tale of how young Ash is often restricted to watching television during flights only, and his frazzled mother one day caved to his demands to watch the Disney smash on a long flight, which he then proceeded to do three times (despite her dream that he would watch a more culturally significant strain of films).

The rest of the setlist was drawn primarily from Amanda’s solo albums, and the very happy crowd sat politely at rapt attention to her every word. Despite the rather controversial conversation, folks only left toward the very end to meet the demands of public transportation or clearly to relieve babysitters.

Should a frank conversation about difficult choices by your favorite artist, augmented by performance on piano and ukulele, appeal to you, Amanda Palmer has a show you would enjoy. Amanda is on tour across the United States through June, and you can find showdates on her website.

Here are some pictures of Amanda Palmer performing at the National Theatre in DC on April 5, 2019. 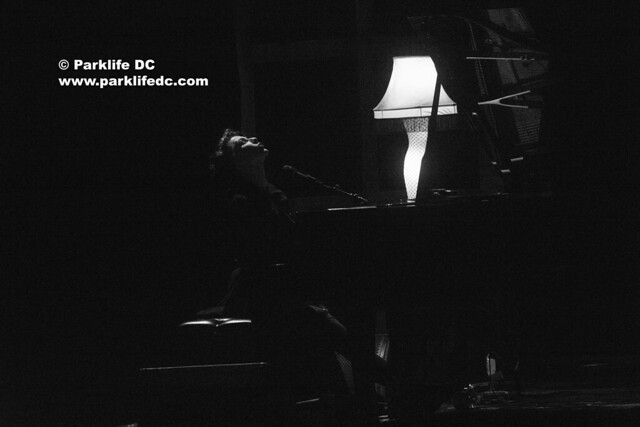 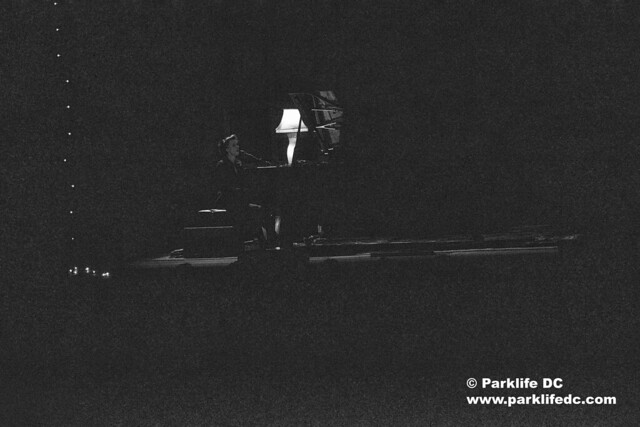 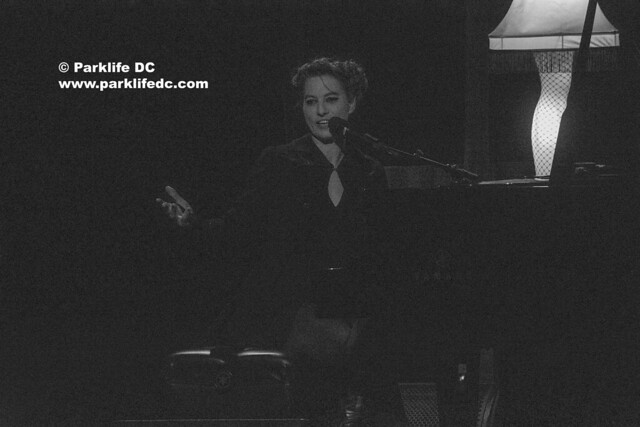 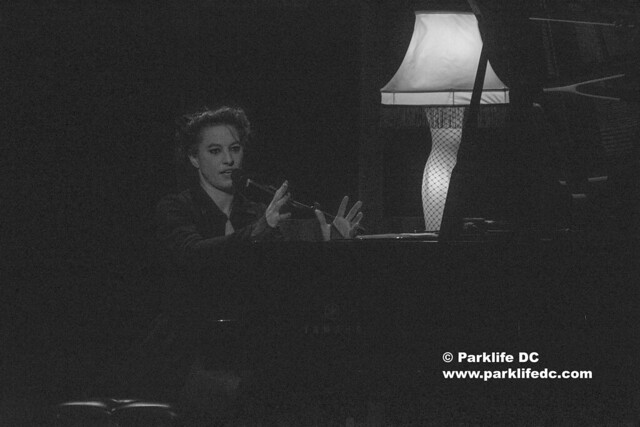 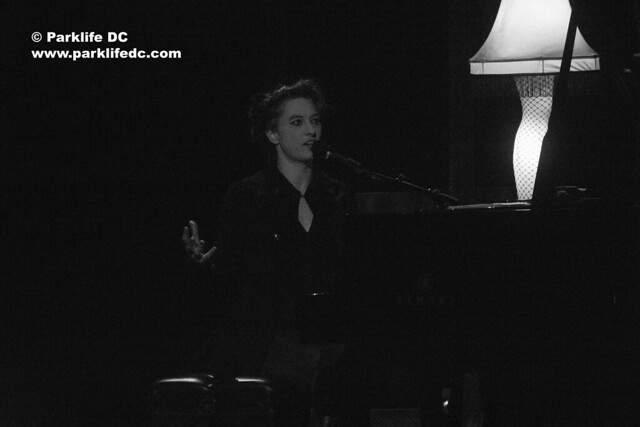 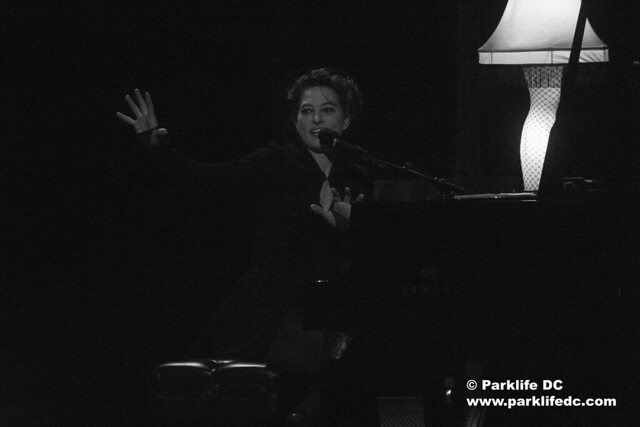 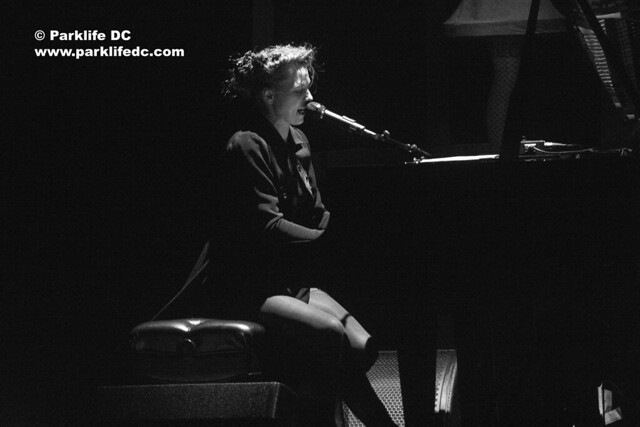 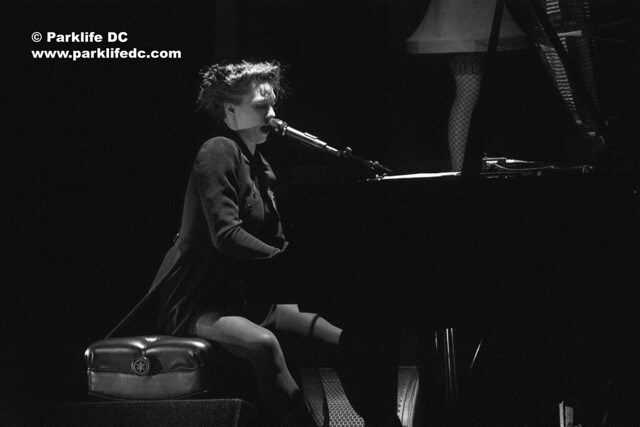 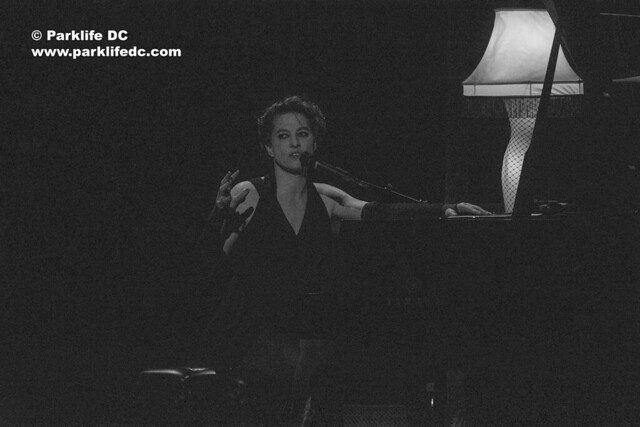 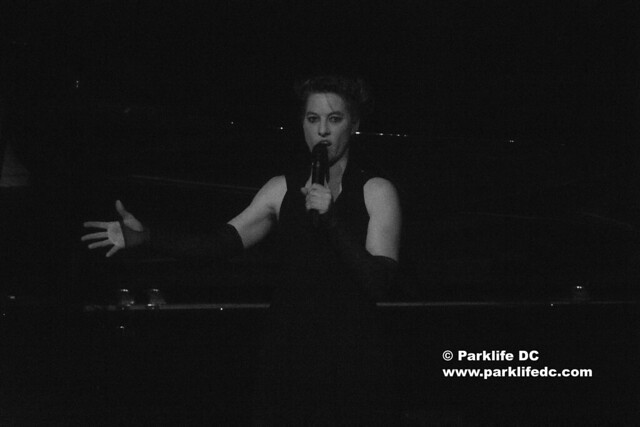 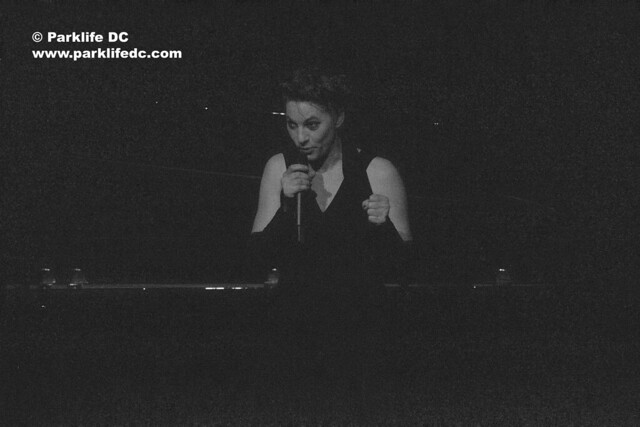 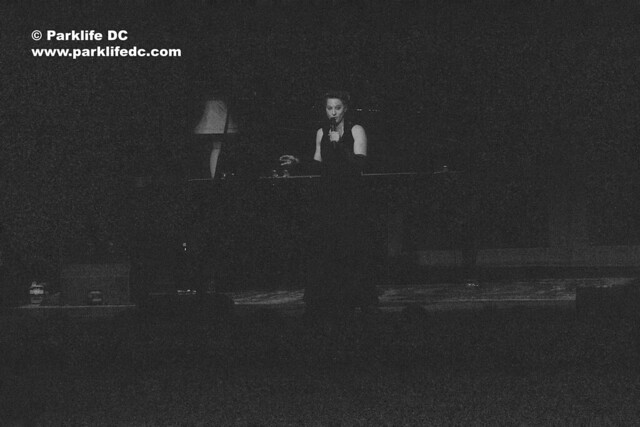 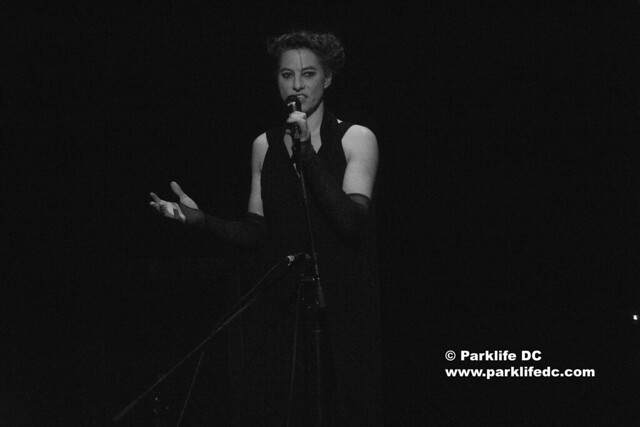 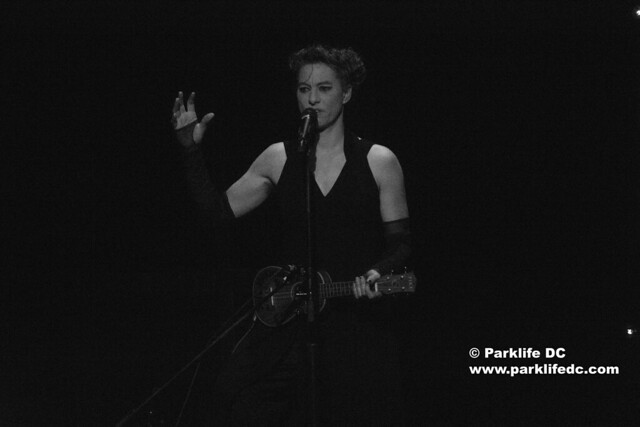 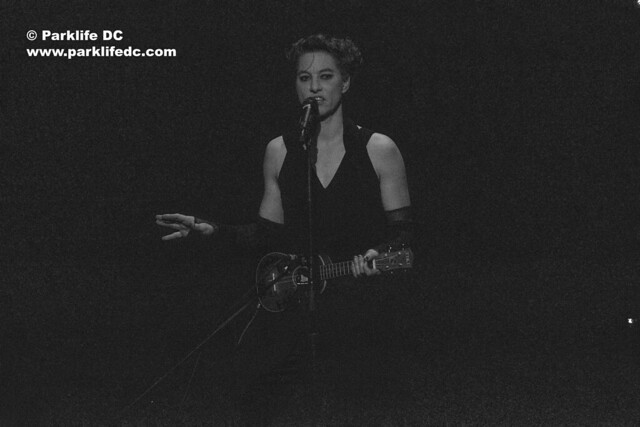 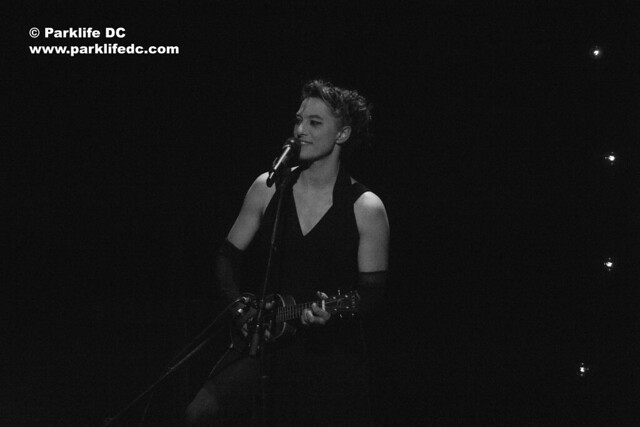 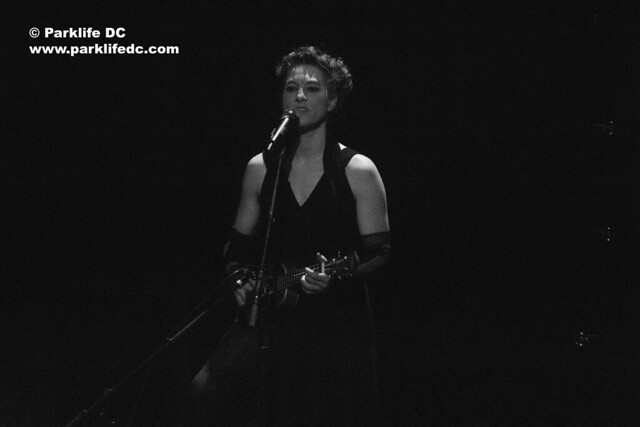 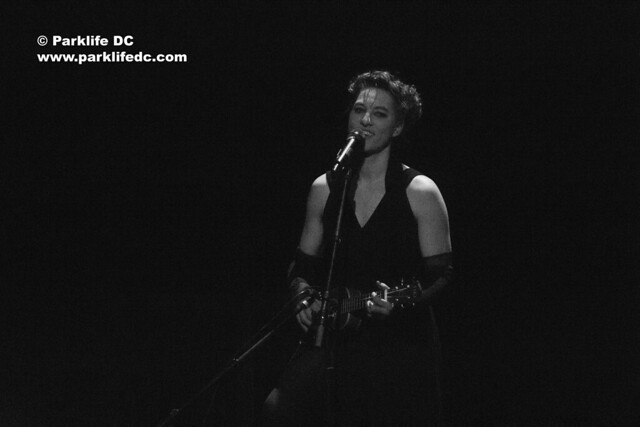 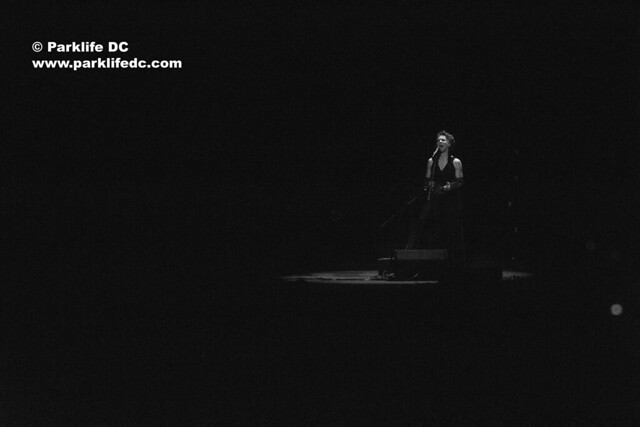 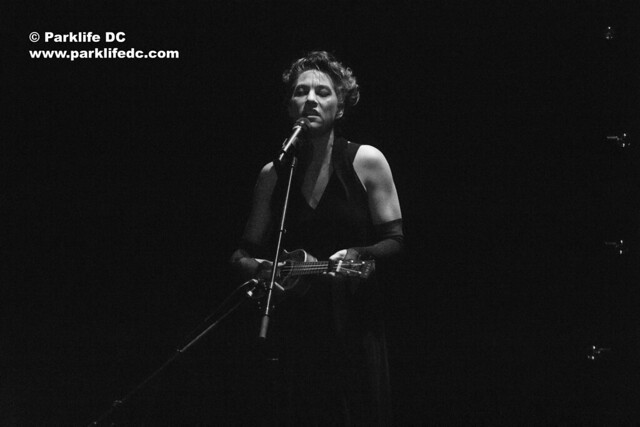 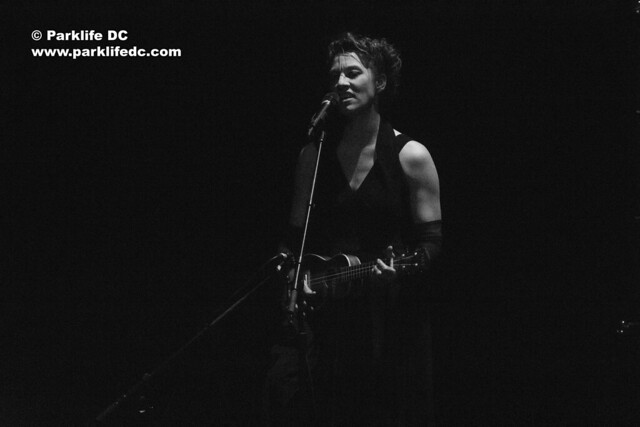