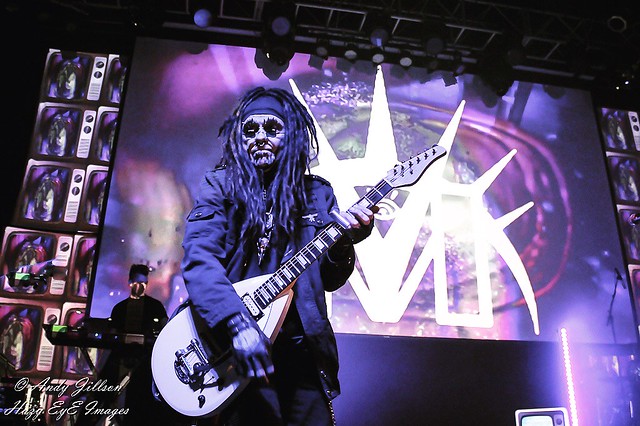 “Holy shit!!! What the fuck is this?!? Some kind of funky electronic heavy metal punk rock? This is the strangest music I have ever heard. I either hate this shit or this is my new favorite band. And what the hell is on the cover of the album?!?.”

You can ask yourself the same questions that 12-year-old me asked when you see Ministry perform their classic material at a Wax Trax! reunion show at the Music Hall of Williamsburg on Monday, April 15.

At least, that’s what I recall thinking as a kid in the middle of a cornfield in Northwest Indiana when first being exposed to Ministry. As a kid one of my earliest “holy shit, what the fuck is this?!?” reactions to music happened when I listened to Ministry’s The Land of Rape and Honey for the first time.

I heard it being played in the distance by my neighbor’s older brother around the Spring of 1990. I was immediately drawn to it and had to find out what it was all about. Within a few weeks, I had purchased The Land of Rape and Honey, The Mind Is A Terrible Thing To Taste, and Twelve Inch Singles. I ditched my Gun N’ Roses and Skid Row cassette tapes and never looked back. I was literally changed forever.

Stream The Land of Rape and Honey by Ministry on Spotify:

Ministry isn’t watered-down, sugar-coated, mindless corporate rock. Which as a kid in the ’80s seemed to be all there was if MTV and the radio was all you had. Discovering Ministry and their “Wax Trax! Era” music was one of the most musically profound discoveries of my youth, and Ministry remains one of my favorite bands to this day. Beyond that, Wax Trax! Records released a slew of great albums in the 1980s and 1990s, and it worked with some of the most groundbreaking artists of all time in my opinion: Ministry, Revolting Cocks, Pailhead, Front 242, Front Line Assembly, My Life With The Thrill Kill Kult, and KMFDM. Need I say more?

So fastforwarding… the wait is finally over, folks. I know I’m not the only one who blacked-out with excitement when hearing the news. For 29 years, I’ve waited for Ministry to play a set like the one they’re scheduled to play at the Music Hall Of Williamsburg in Brooklyn, New York, on Monday, April 15, 2019. The highly influential industrial juggernaut will perform a “Wax Trax! Era Set” following a screening of the documentary film Industrial Accident: The Story of Wax Trax! Records. “Nothing beyond 1992’s Psalm 69,” I’m told.

The show in Brooklyn will be one of six the band are to play. The six-stop run of shows is being billed as a “multi-city Wax Trax! Experience to feature screening, panel discussion, and live Q&A and performance by Ministry of Wax Trax! Era set.” Praise the LARD!!!

Watch the trailer for INDUSTRIAL ACCIDENT: The Story of Wax Trax! Records on Vimeo:

Not only will Ministry play a mind-blowing set, but darkwavers Cold Cave will play as well. Original Ministry and Revolting Cocks members Paul Barker and Chris Connelly will be on the Q&A panel, and there’s sure to be a killer merch table full of Wax Trax! Records goodies. It oughta be a real hoot! Vans has partnered with Record Store Day to release the soundtrack to the film Industrial Accident, and the album will be available through participating independent record stores on Record Store Day this year.

Tickets for all six of these events are free, but there are a couple obstacles and some hoops to jump through to obtain them. You are not going to want to sleep on this.

General admission tickets are free to the public and available online now. VIP tickets will be available on April 13 (RSD) w/ the purchase of Ministry’s RSD release. The VIP tickets are only available at independent records shops on RSD. Another catch is the VIP tickets, which guarantee you’ll get into the show, can only be purchased at particular record shops in the cities where the shows are happening. The GA tickets don’t guarantee entry. Once the venue is full they turn everyone else away.

Get more information on the Vans Record Store Day website.

Here are some pictures of Ministry performing in 2018 at The Fillmore in Silver Spring, Maryland, and in 2019 at the Franklin Music Hall in Philadelphia, Pennsylvania. All images copyright and courtesy of Andy Jillson. 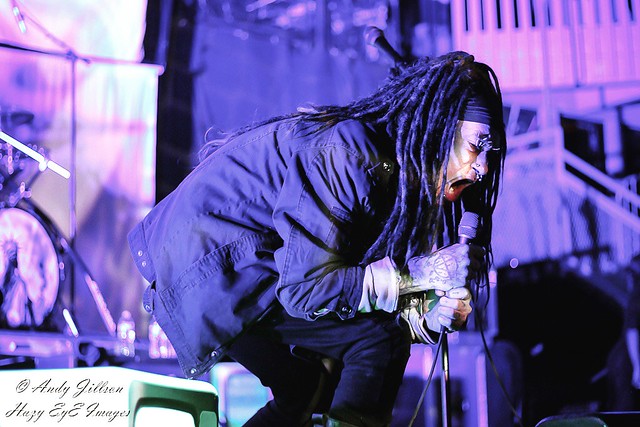