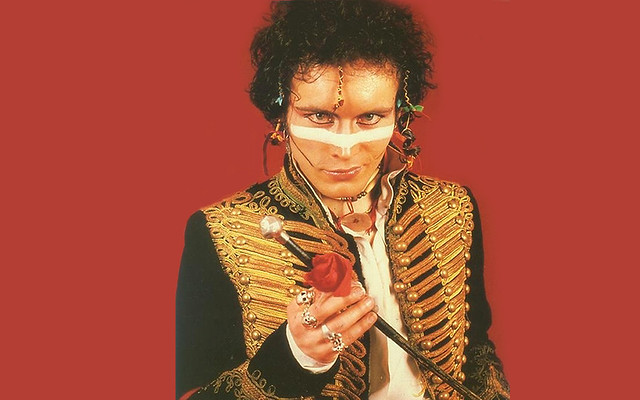 Parklife DC is giving away a pair of tickets to see Adam Ant at the Lincoln Theatre on Monday, Sept. 23! To enter our free drawing for Adam Ant tickets, visit us at Dodge City on Thursday, April 11, for Careless Memories: A New Wave Party.

Adam Ant will play his landmark Friend or Foe album in its entirety — as well as classic chart-topping singles and personal favorites.

The Friend or Foe album was Adam’s first release as a solo artist and included three hit singles. The massive hit “Goody Two Shoes” reached #1 in the United Kingdom, and it was also #1 in Australia and hit #6 on the USA Billboard Chart.

“Friend or Foe,” the single, was another top ten hit in the UK while “Desperate But Not Serious” was the album’s third UK smash.

Watch the official music video for “Friend or Foe” by Adam Ant on YouTube:

Parklife DC is giving away a pair of tickets to see Adam Ant perform Friend or Foe at the Lincoln Theatre on Monday, Sept. 23.

To win, you must enter a free raffle at Dodge City during Careless Memories: A New Wave Party on Thursday, April 11. We will select a random winner in a ticket drawing no later than 11pm on Thursday. The winner will be notified in person at the venue. You must be present to win. Winners will receive a verification for being on the guest list for Adam Ant at the Lincoln Theatre for the evening of Monday, Sept. 23.

Buy your tickets online if you don’t enter the drawing.

Enter the drawing by attending: 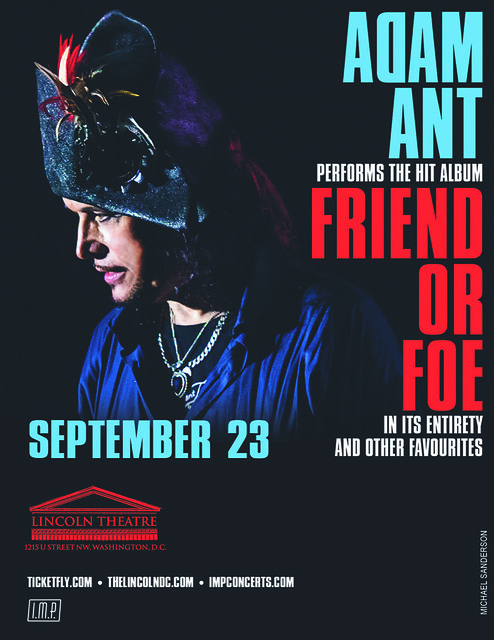