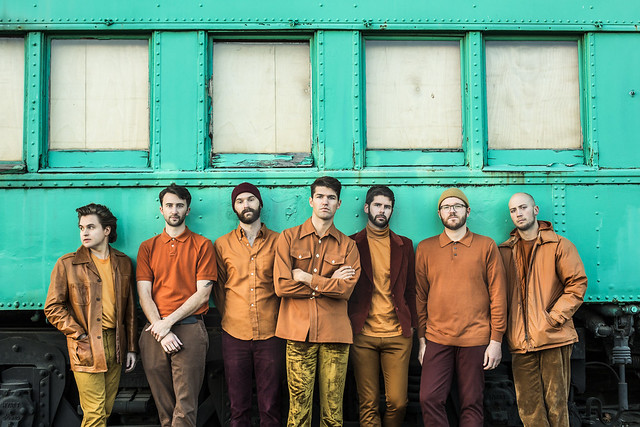 The Dip (Photo by Coco Foto)

In February, Seattle soul septet The Dip released The Dip Delivers, the band’s latest studio album, via AWAL and now they have hit the road with a date at Union Stage on Tuesday, April 16.

The new album by “one of the most exciting and joyous acts to emerge in recent years” (according to KEXP) blends warm, vintage R&B sounds with classic pop storytelling for a sound that is both raw and polished. At the core, it’s dancing music.

Watch The Dip play “Sure Don’t Miss You” live in April 2017 on YouTube:

In a review for the Northwest Music Scene, Rick Bowen said Tom Eddy and his bandmates have “reinvented blue-eyed soul” on their new album.

“The 10 sophisticated tracks are centered around the amazing vocals of front man Tom Eddy, which are equal parts John Legend, Adam Lambert, Alex Chilton, and Sam Cooke. The arrangements have a retro intention with a modern dance sensibility and pop succinctness,” Rick wrote.