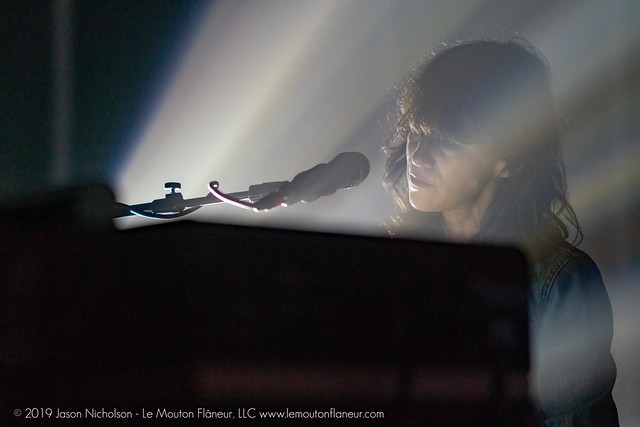 Magnetism and presence may seem like ethereal qualities, but Charlotte Gainsbourg is the walking personification of both. The famed singer-actress enchanted a large crowd at 9:30 Club with those qualities and more in a recent show.

Charlotte, the daughter of actress Jane Birkin and musician Serge Gainsbourg, sang in both English and French during her performance, focusing on Take 2, an EP from last year, and Rest, a full-length album released in 2017. Beginning the show seated at her piano, Charlotte was surrounded by five bandmates who kept the synths and guitars humming as she delicately played piano. The five men in the band focused on their instruments with old-school professionalism and bright countenance, filling the stage with a carefree but studious character.

The band’s instruments were set amongst glowing doorframes, which gave a cool and somewhat familiar look to the production. So in a way, we were peering through the dark to see Charlotte and her fellow performers. This seemed apropos for the dreamy atmosphere of Charlotte’s music. Have we not all looked through doors? These doorways illuminated the otherwise dark stage with circling patterns of light, providing us a look at Charlotte and the other players.

Beginning her set with “Lying with You” from Rest, Charlotte immediately mesmerized the audience with her gentle and alluring voice. The love song spread slowly into our ears and filled us with a pleasant sense of being. But for me, it was the selections from Take 2 that truly made the show.

At the midpoint of the concert, Charlotte performed “Bombs Away,” a song that flared into a catchy dance number. Lifted from Take 2, “Bombs Away” mostly fit in the mold of Charlotte’s hypnotic dreampop but its chorus truly rang with disco flourishes that lent the show an air of timelessness. With the song, Charlotte stood at the crossroads of French cabaret chanteuse and disco diva, wrapped in her trademark savoir faire.

For “Bombs Away,” Charlotte stood at the center of the stage, swaying between the doorframes illuminating the stage. She returned to piano toward the end of her set to perform songs like “Such a Remarkable Day,” also from Take 2, a bright engaging song that spiraled upward in dramatic layers. Charlotte’s voice provided a layer of affable cool as her piano seemed to follow its crystalline power.

In an encore, Charlotte covered Kanye West with a rendition of “Runaway.” She returned to Take 2 for “Lost Lenore” and closed the entire show with “Lemon Incest” from her classic 1986 debut album, Charlotte For Ever — a song that originally appeared as a duet with her late father.

Charlotte Gainsbourg is magnetism and presence, grace and beauty, the personification of gentle yet mysterious dreams in a daywalk through ephemeral empyrean. You could give yourself no better respite than to lose yourself in her performance. Here are some pictures of Charlotte Gainsbourg performing at 9:30 Club on April 8, 2019. All photos copyright and courtesy of Jason Nicholson. 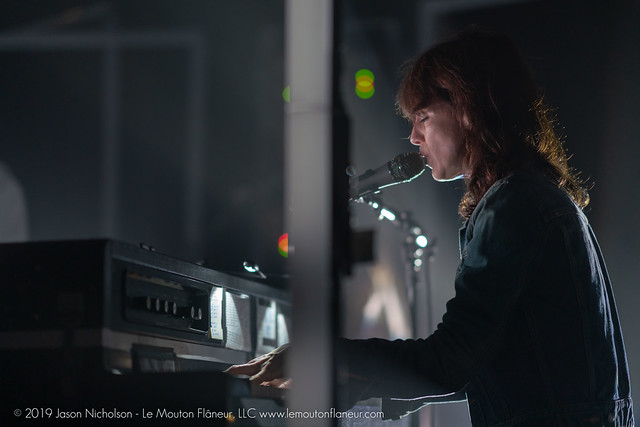 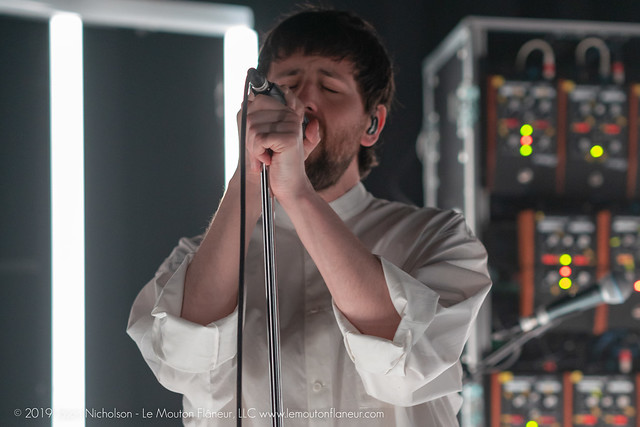 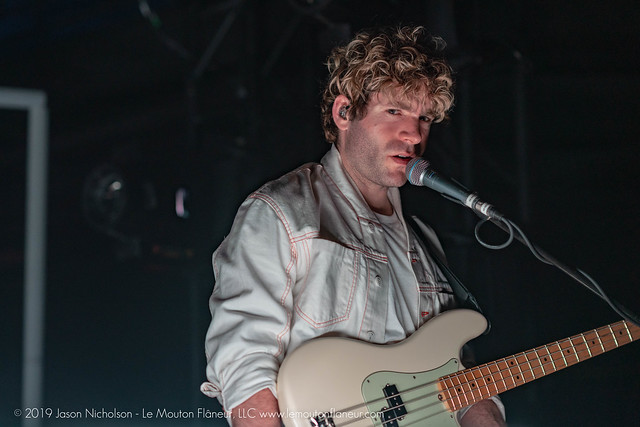 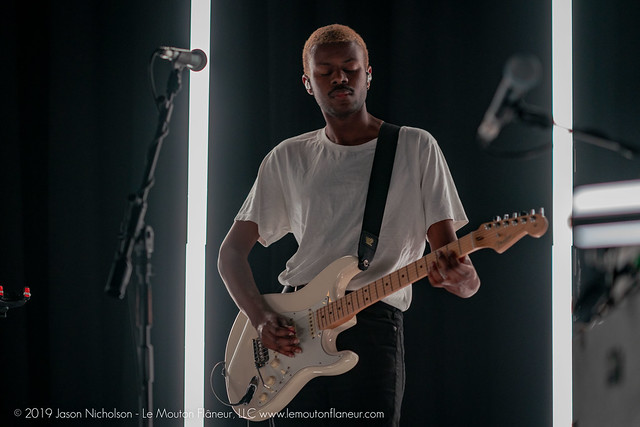 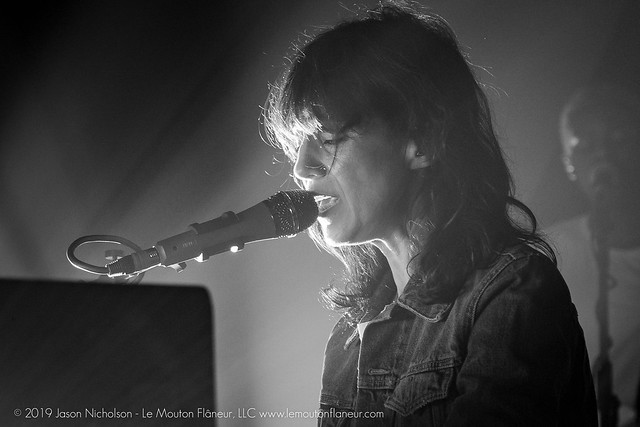 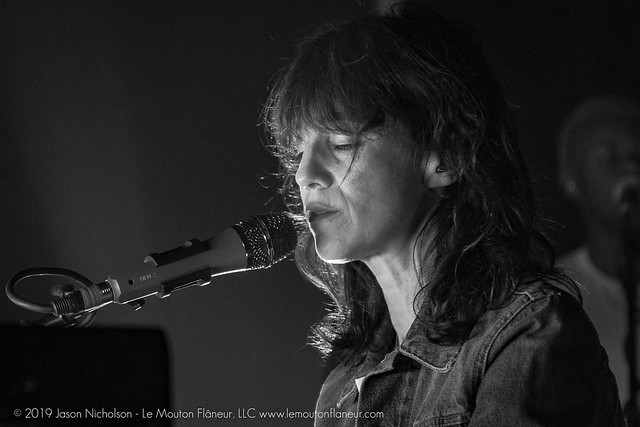 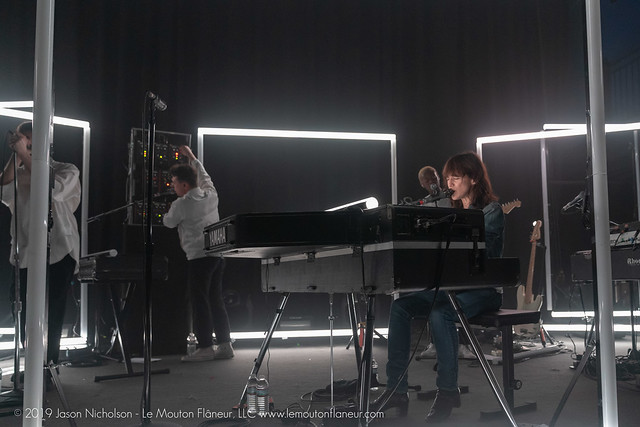 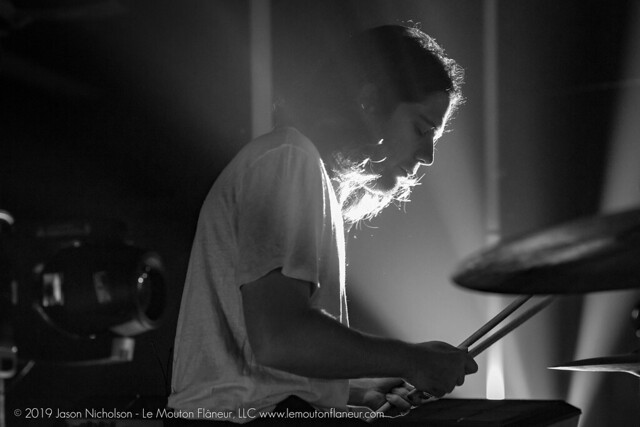 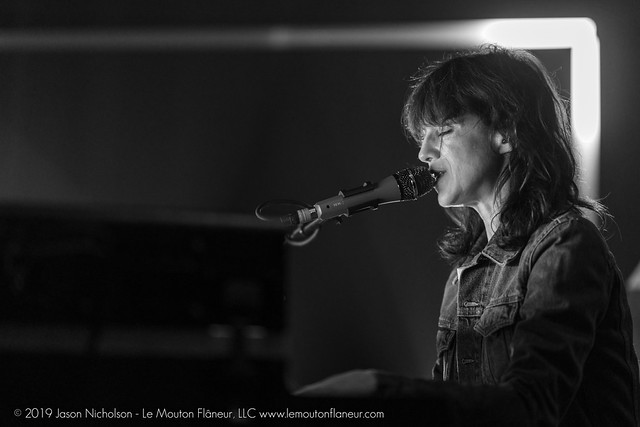