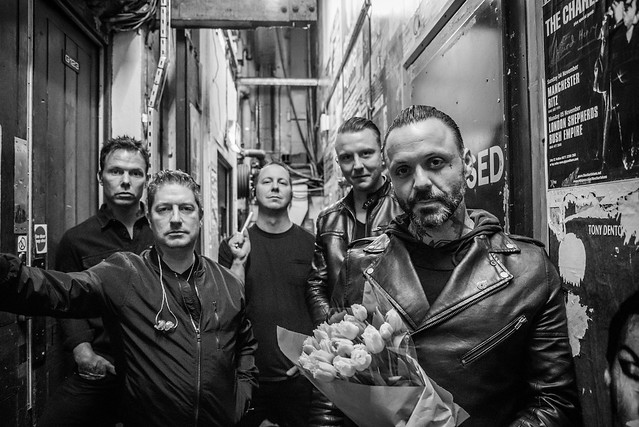 Blue October released I Hope You’re Happy, their bold new album, last year, and the band is now touring in support of it. Blue October performs at 9:30 Club on Thursday, April 25.

“We’ve had the highest of highs and the lowest of lows, and we’ve come out the other side,” said Matt, who describes the record as “emotional.”

Watch the official music video for “I Hope You’re Happy” by Blue October on YouTube:

In a review for Cryptic Rock, Tara Shea called the new album “the soundtrack to every lost soul’s heart and mind.”

“There are a few tracks that hold an ’80s vibe, which are a surprise. Title track ‘I Hope You’re Happy’ is synth strong in the beginning, mimicking a dance tune that could be seen on a movie soundtrack. What could be at first conceived as negative and sarcastic connotation is surprisingly a good luck send-off track. The personality of the song shines as an exuberant sing-along for live shows,” Tara wrote.