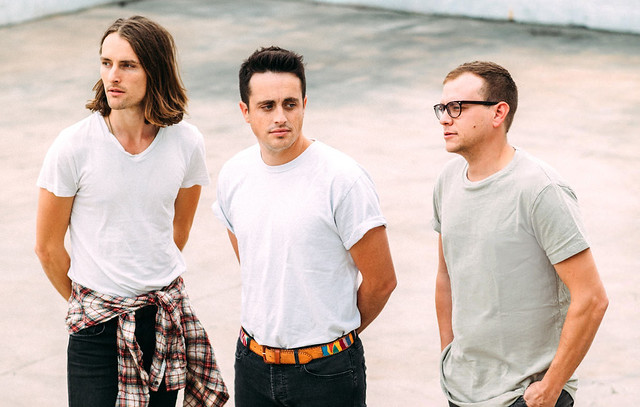 Will Anderson (vocals, guitar), Johnny Stubblefield (drums), and Christopher “Kit” French (saxophone, keyboards) formed Parachute more than a decade ago when they were still in high school. Now the gents from Charlottesville will release a new self-titled album on May 10 via Thirty Tigers. Parachute performs at 9:30 Club on Wednesday, May 1, and you can win tickets to go with Parklife DC.

Update: Parachute has sweetened the deal — our winner also gets their picture taken with the band at 9:30 Club!

The first song Will wrote for the album Parachute was “Young.” “We’d just gotten off the road, and I’d sold all my stuff and moved from Nashville to New York to be near my then-girlfriend, now-wife,” Will said. “The song just spilled out of me one day, and it came from a place of feeling terrified of growing up but also wanting to get to the point of feeling more settled in my life, and not so out at sea.”

Watch the official music video for “Young” by Parachute on YouTube:

Parklife DC is giving away a pair of tickets to see Parachute at 9:30 Club — and a picture with the band! To win, simply leave a comment on this blog. You can leave any comment, but we would like to know your favorite song by Parachute. 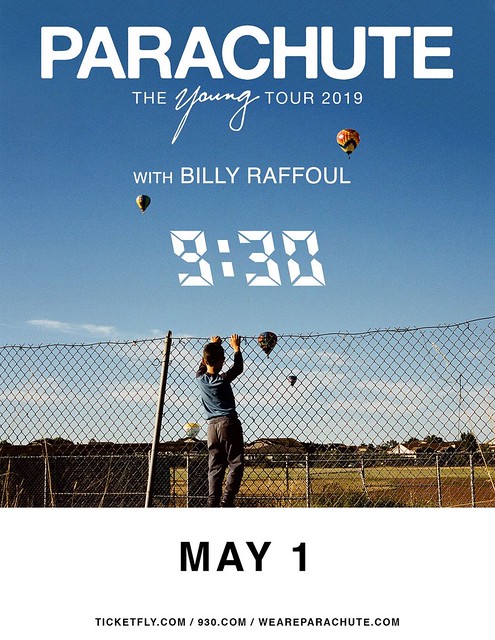