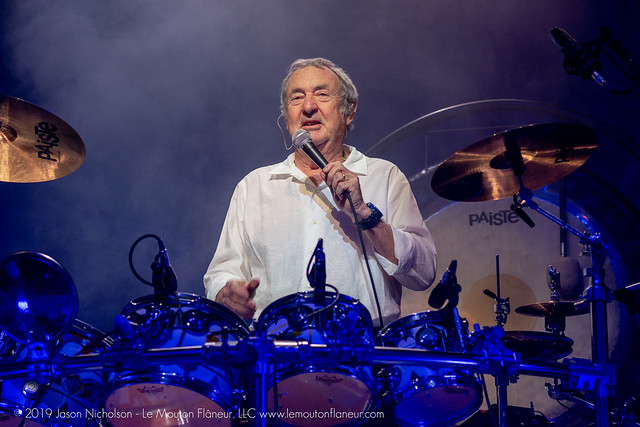 Without missing a beat, Lee reported Nick played drums with Pink Floyd in DC last on July 9, 1994, at RFK Stadium, and that bassist Guy Pratt, also present at Constitution Hall on April 22, appeared with him. He quickly added that Pink Floyd first appeared in DC on Nov. 16, 1971 at Lisner Auditorium.

Nick Mason was not with Pink Floyd this time, but the dummer was performing the songs of Pink Floyd with his own supergroup, Nick Mason’s Saucerful of Secrets, named for an early Pink Floyd album. Along with Lee, Guy, guitarist Gary Kemp, and keyboardist Dom Beken, the band performed 21 Floyd classics to a rapturous reception in a fairly crowded Constitution Hall on Monday.

One of those songs was the memorable “Set the Controls for the Heart of the Son” written by Roger Waters for Pink Floyd’s 1968 album, Saucerful of Secrets. It so happened that Pink Floyd performed the psychedelic space rock jam in the band’s DC appearance. It was a sonorous performance that began with Nick performing on a gong, demonstrating the subtle percussive power of the gong as an instrument. As Nick returned to his drumkit, the song took on a tribal character, as the band fell in around the pulse of the song in time. Nick Mason and his bandmates also performed the eponymous title track to A Saucerful of Secrets in the evening’s encore.

Stream A Saucerful of Secrets by Pink Floyd on Spotify:

In his introductions, the stately Mr. Mason recalled that the band actually recruited him. As Gary Kemp told Parklife DC, the encyclopedic Lee Harris originated the idea, took it to Guy Pratt, who performed as bassist with Pink Floyd since the 1980s, and Guy recruited his good pal Gary. Together, they went to Nick with the concept of playing the very early, and today often neglected, Pink Floyd songs on tour, and they found the drummer quite receptive to the idea. The resulting world tour received critical acclaim and tremendous support from Pink Floyd diehards, who turned out in impressive numbers at DAR Constitution Hall for Nick and company.

During the show, Guy proved to be the heart of the act. With a sideline as a comedian, the bassist often had a ready quip at hand. He referenced his experience playing in David Gilmour’s band by recalling David asked the band for suggestions as to Floyd songs they might perform on tour.

“I suggested The Nile Song to David Gilmour, who suggested I could play in another band,” Guy deadpanned.

Guy fulfilled his dream of playing “The Nile Song” from 1969’s More on tour with Nick Mason, who apparently was much more receptive to the idea, when the song appeared at the midpoint of the set on Monday.

The biggest surprise of the performance still came in the form of Mr. Kemp, who on guitar also took turns on lead vocals, trading off with Guy. Gary was at ease, keeping his limbs loose as he played through the psychedelic selections, and he appeared rather peaceful. The material suited Gary, who seemed contemplative but very present on stage, finding inspiration in his childhood heroes. Exactly as the Spandau Ballet guitarist told us, he took a page from Mick Ronson in “See Emily Play,” a Syd Barrett song written for Pink Floyd’s 1967 album, The Piper at the Gates of Dawn, and covered by David Bowie covered on Pinups. In some ways, Gary comes full circle as a part of Nick Mason’s Saucerful of Secrets, taking care to present Syd’s songs in a manner that respected the source material while also putting himself into the music.

All in all, the five gents performed together very well, and Guy and Gary particularly enjoyed a few opportunities to jam together. Nick wore his leadership role lightly with humor and distinction, and his Saucers were clearly delighted to perform with him. The audience, comprised largely of Baby Boomers, ate it up. 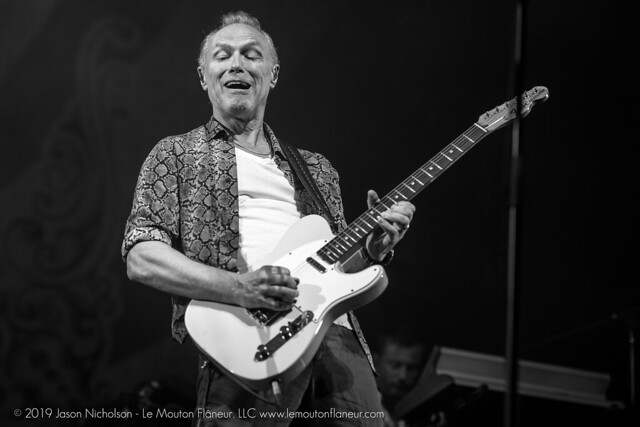 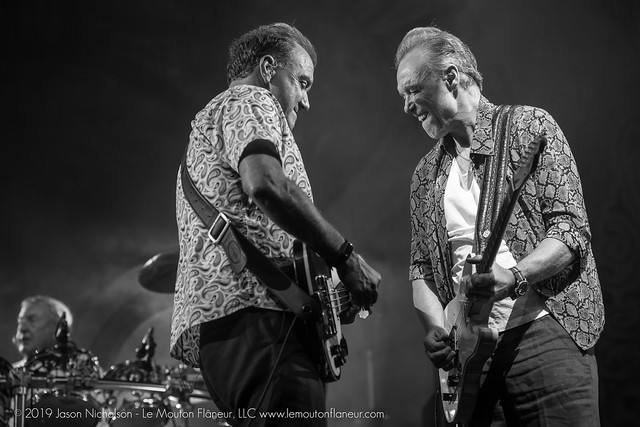 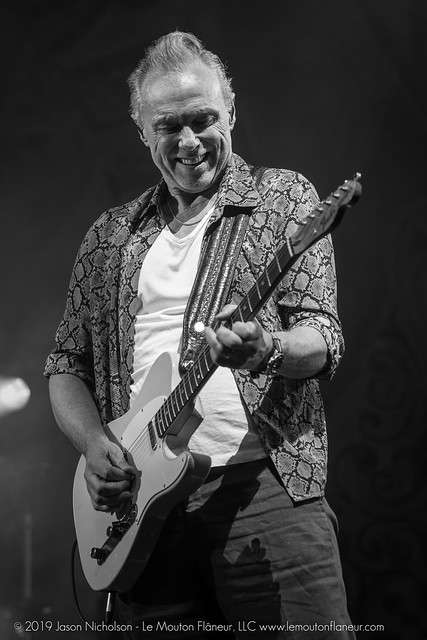 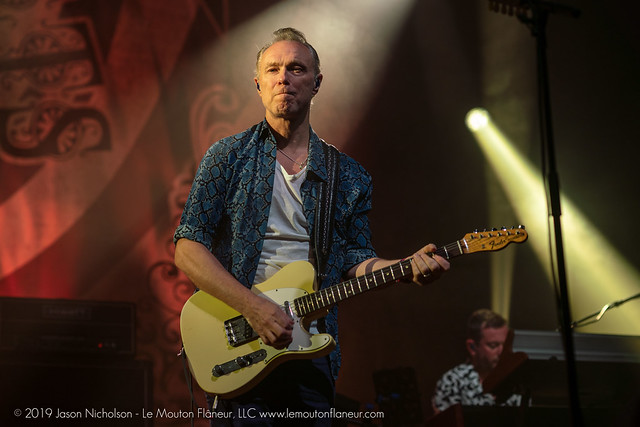 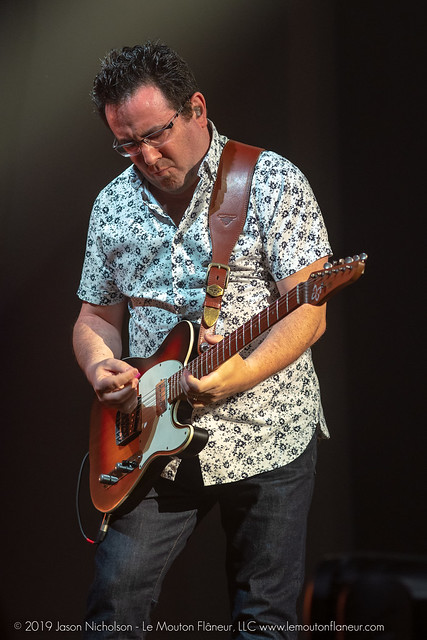 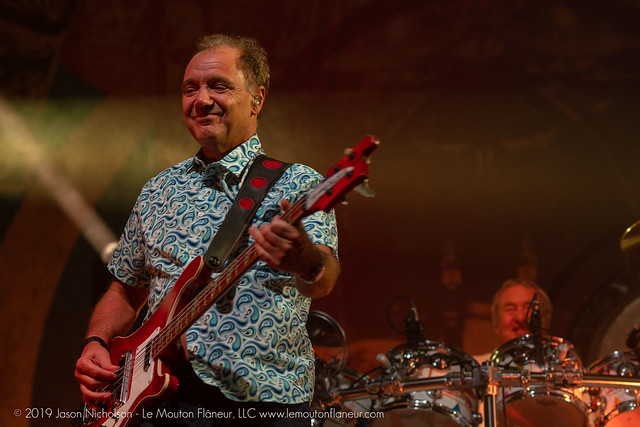 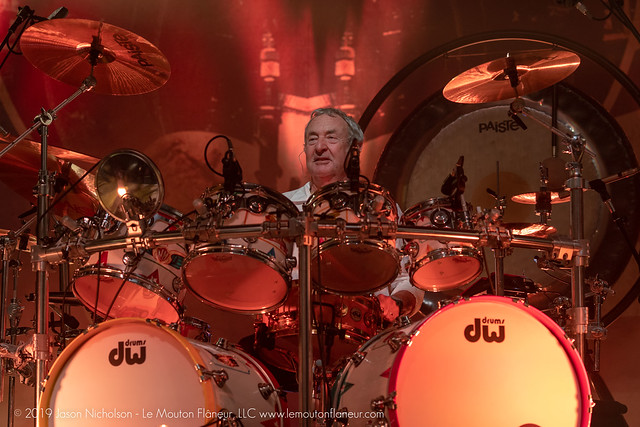 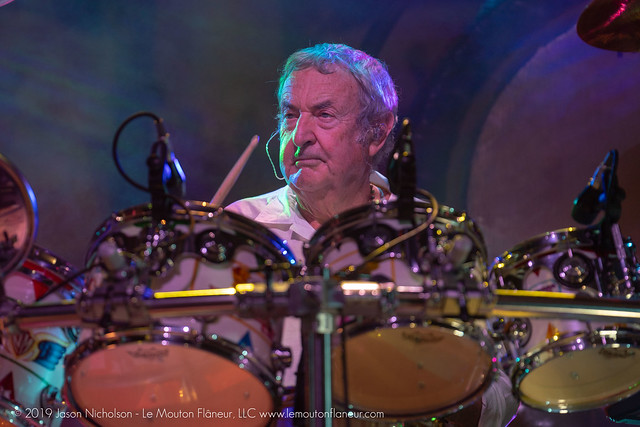 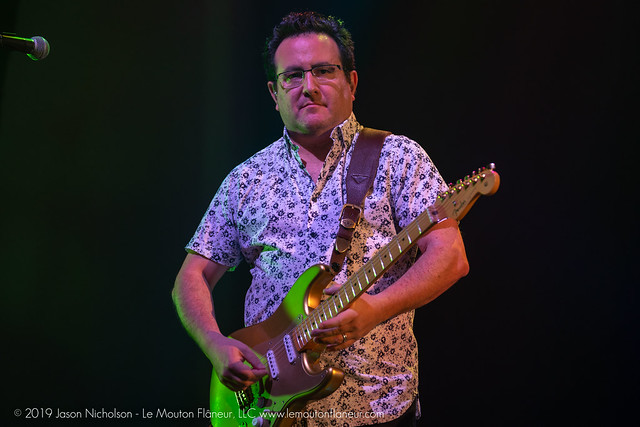 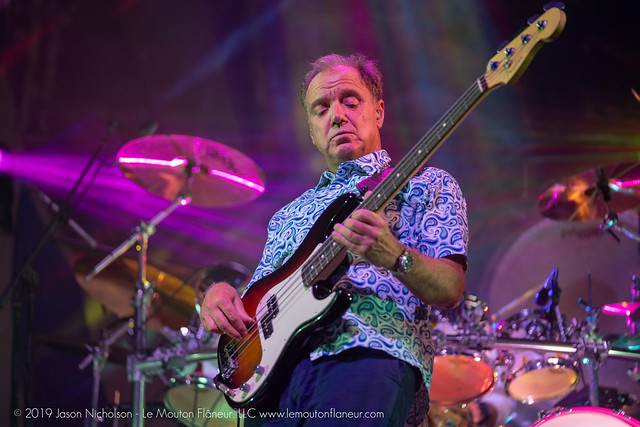 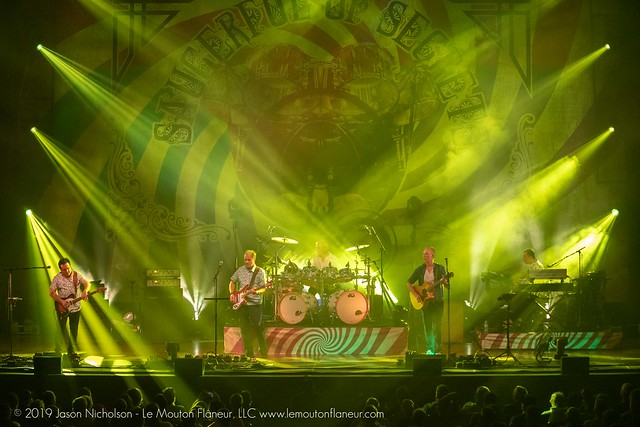 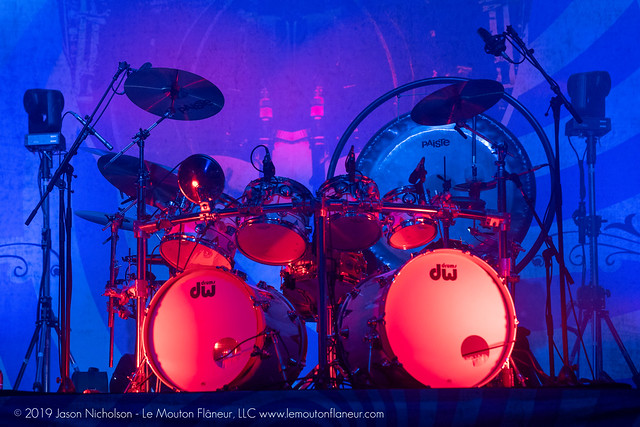 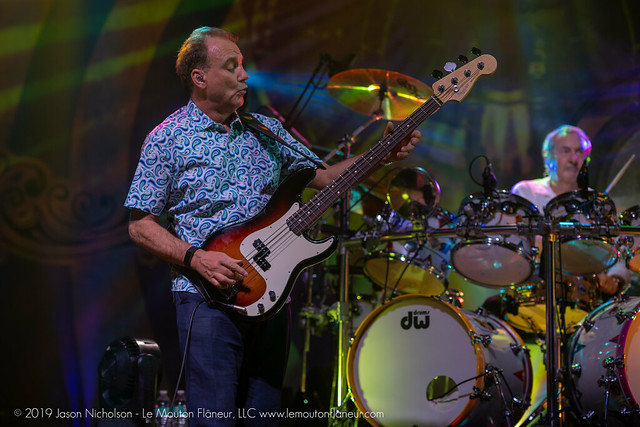 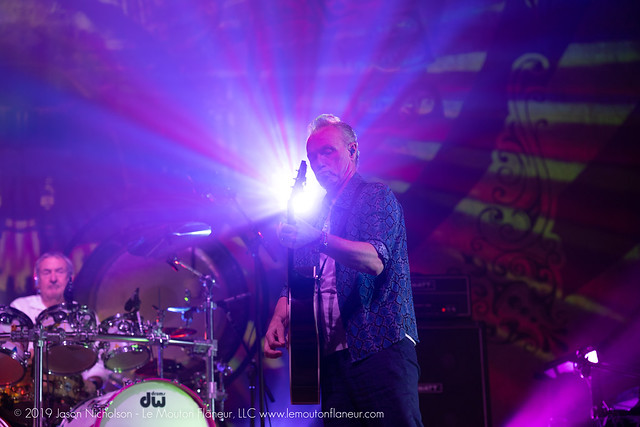 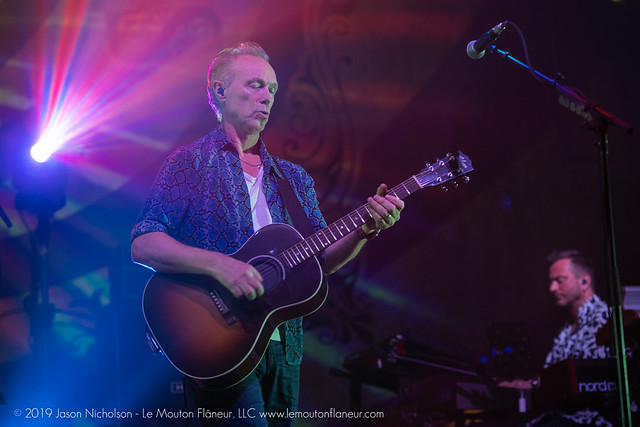