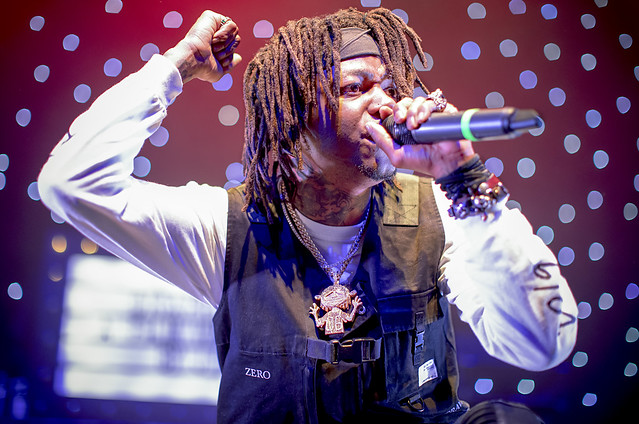 J.I.D performs at The Fillmore Silver Spring on May 3, 2019. (Photo by Will Colbert)

East Atlanta rapper J.I.D recently kicked off the second leg of the Catch Me If You Can Tour. The latest member of J. Cole’s seemingly unstoppable Dreamville Records label performed for a sold-out audience at The Fillmore Silver Spring recently.

On May 3, J.I.D launched into a display of raw lyricism on “LAUDER,” from his 2017 album The Never Story. On the song, the high-pitched emcee struck down a common misconception that southern rap lacks substance. “Southern lyricists don’t exist like my flow is a myth,” he rapped over the hard-hitting track. As his fellow ATLien, Andre 3000, said during the 1995 Source Awards, “the south got something to say!” 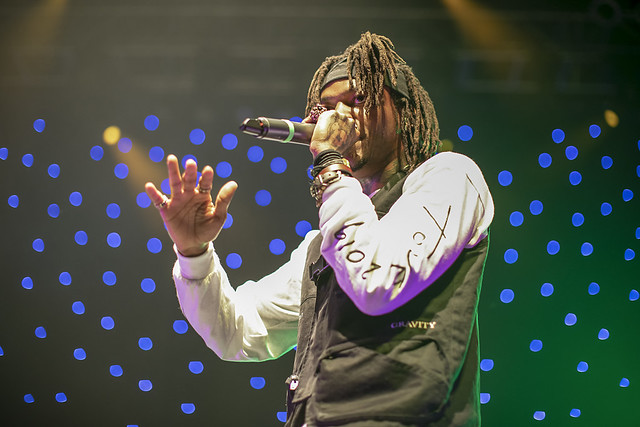 In the bestselling book Outliers: The Story of Success, pop psychology author Malcolm Gladwell writes that 10,000 hours of “deliberate practice” is a prerequisite to the mastery of any craft. If this is true, J.I.D has clearly been putting in some work. He’s a student of the game!

The erudite emcee, born Destin Choice Route, took a moment to pay tribute to A Tribe Called Quest’s 1991 rap classic, “Scenario.” J.I.D’s song “EdEddnEddy” uses a distinctive sample from the 1970 Brother Jack McDuff’s song “Oblighetto,” which in the hip-hop world is instantly associated with “Scenario.” The college-aged audience’s rapt attention transformed into roars of approval as the DJ transitioned from Tribe’s posse cut to the nostalgic “EdEddnEddy.”

The East Atlanta Playboy dedicated “Westbrook,” off his latest album DiCaprio 2 (2019), to the underdogs in the audience. On the song, he uses his wit to weave boastful rhymes, but it wasn’t too long ago that he had little to brag about. There was a dark period in the rapper’s life where he found himself homeless, occasionally sleeping in his car and the couch of now label mates EarthGang. During the show, J.I.D acknowledged the Atlanta hip-hop duo’s role in helping him reach top dog status.

J.I.D delivered fire on the soul-rattling “151 Rum.” If you’ve ever had the misfortune of drinking 151 rum you know that it’s rocket fuel in a bottle. The now discontinued brand by Bacardi is a fitting name for the high proof lead single off DiCaprio 2.

Watch the cinematic video for “151 Rum” by J.I.D on YouTube:

The audience erupted when supporting artist Mereba returned to the stage to perform a pair of duets with J.I.D Fans couldn’t get enough of the soulstress as the pair performed the neo-soul throwback “All Bad,” off The Never Story (2017) and ballad “Sandstorm” from Mereba’s 2019 album The Jungle is The Only Way Out.

Mereba’s reappearance wasn’t the only surprise of the night. Fellow East Atlanta native and ascending R&B superstar 6LACK (pronounced black) joined J.I.D onstage to perform “8701,” off The Never Story album. 6LACK wasn’t on the concert bill, but fans had no complaints as he performed the breakthrough song “PRBLMS,” from his 2016 FREE 6LACK album.

“Let’s be realistic, I been trying to get in touch with my senses and be better to my sisters,” J.I.D rapped on “Skrawberries.” The song about being present for the women in our lives highlighted J.I.D’s prowess with clever punchlines. “My homegirl rap, and she a feminist. Hold it down for the women, I call her “Feminem,” he rhymed on the melodic track. The late Mac Miller was one of the contributors on the song’s production, as well as other arrangements on DiCaprio 2.

J.I.D played Mac Miller’s “Come Back to Earth” in honor of the rapper who entered heaven’s “27 Club” a year early. The beloved Mac died of an accidental overdose last year at the age of 26. The Fillmore Silver Spring was aglow with orbs of cell phone lights during the tribute to the gone-too-soon rapper.

The prevalence of drug abuse in the music industry was the subject of J.I.D’s anti-drug anthem “Off Da Zoinkys.” “I’m a fall back sippin’ the lean, I gotta make sure my vision is clear,” J.I.D rapped. The verse about the negative consequences of narcotics recalls a line from Andre 3000 on the Outkast song “ATLien.” “No drugs or alcohol so I can get the signal clear as day,” Andre rhymed on the 1996 song.

J.I.D’s reverence for his predecessors extended beyond ‘90s rap. Prior to his performance of “Workin’ Out,” his DJ played the trumpet breakdown of the Helen Merrill and Quincy Jones Orchestra’s 1955 song “Don’t Explain.” The piano on the jazz tune, written by Billie Holiday, served as the basis for J.I.D’s mellow verses on “Workin’ Out.”

It has been nearly a year since J.I.D appeared on XXL magazine’s 11th annual freshman class cover. An honor bestowed on 10 artists that the magazine deems hip hop’s rising stars. It’s safe to say that the former college football player is out of his rap rookie season. J.I.D’s high energy performance, stage presence, and connection to his fans were well ahead of the curve for an artist at this stage of their career.

Other highlights from the night included J.I.D’s performances of…

Here are some photos of J.I.D performing at The Fillmore Silver Spring on May 3, 2019. All photos copyright and courtesy of Will Colbert. 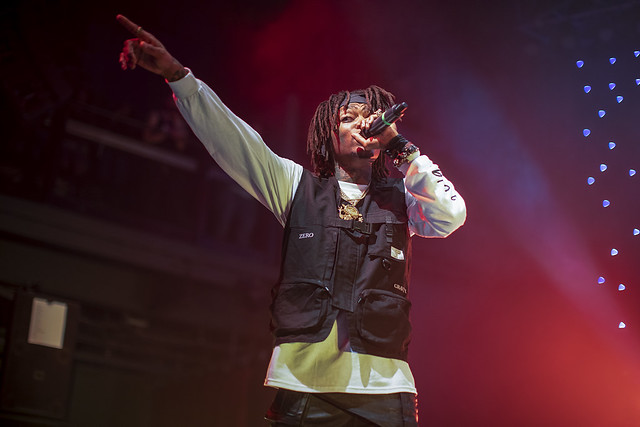 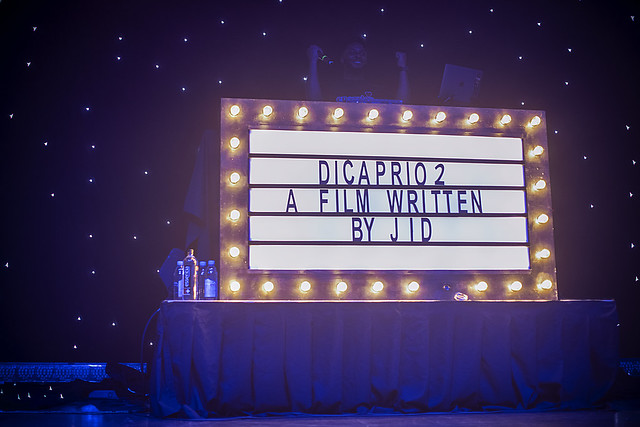 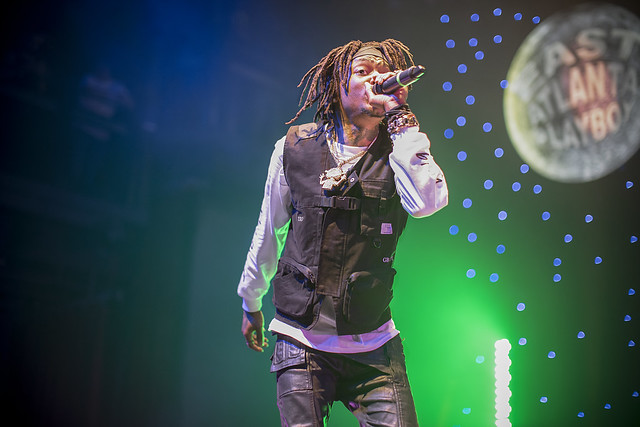 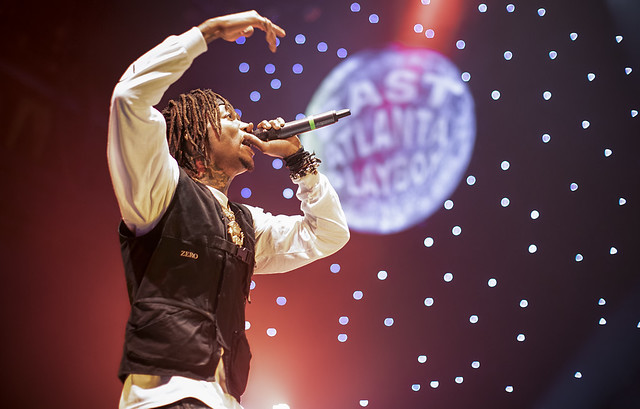 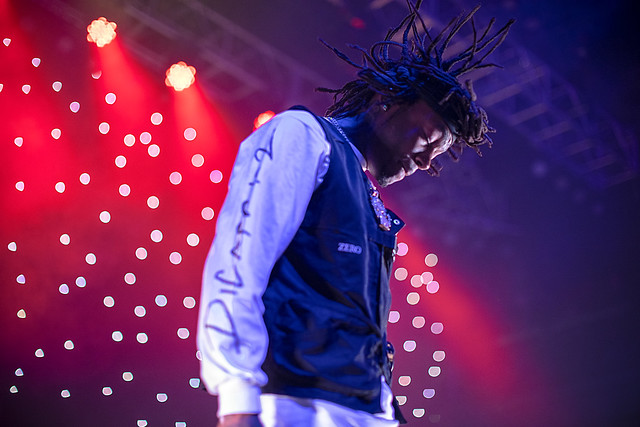 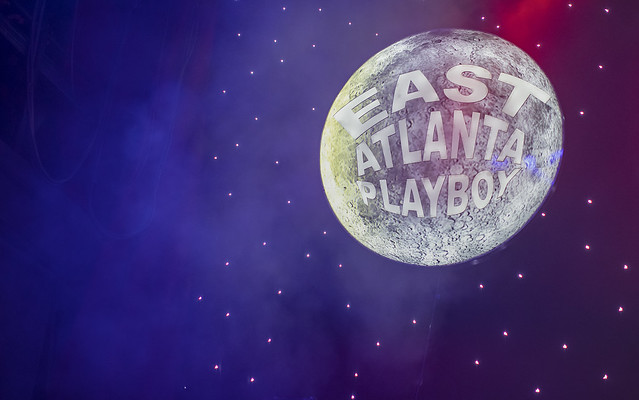 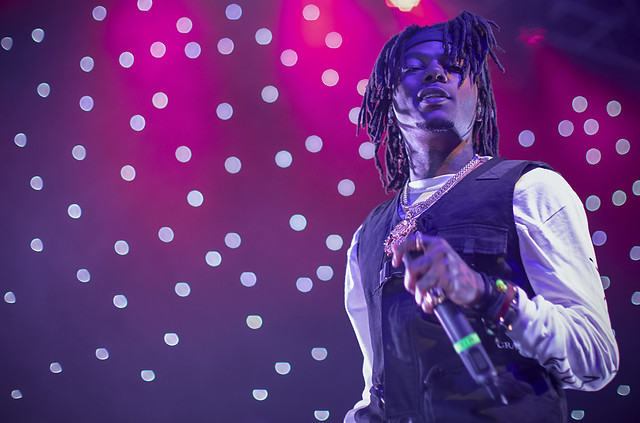 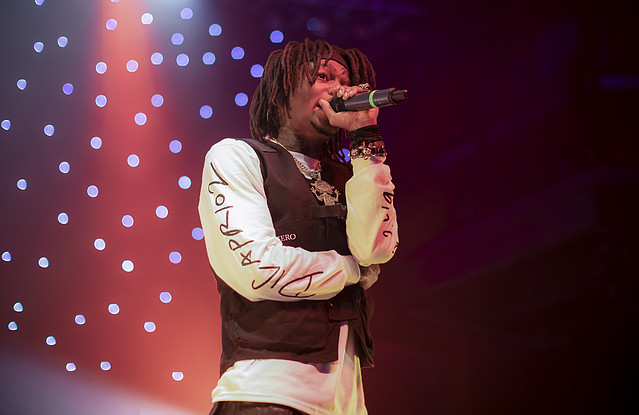 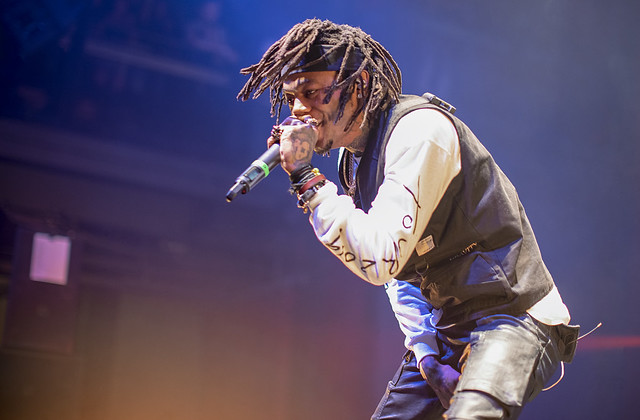 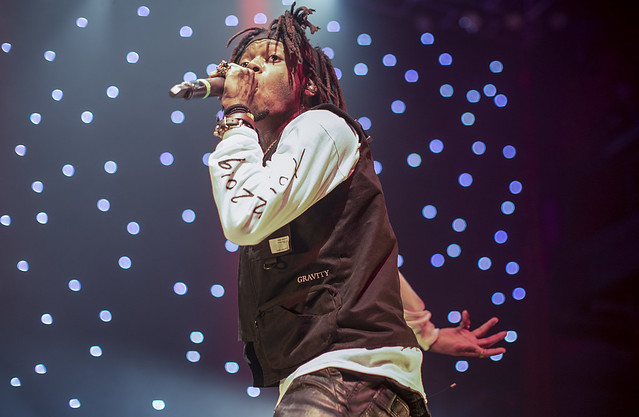 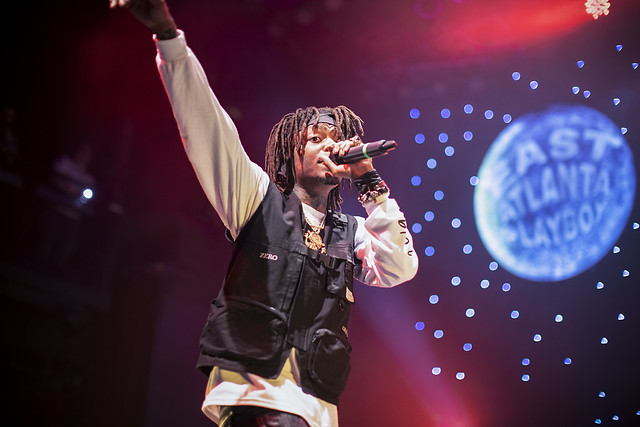 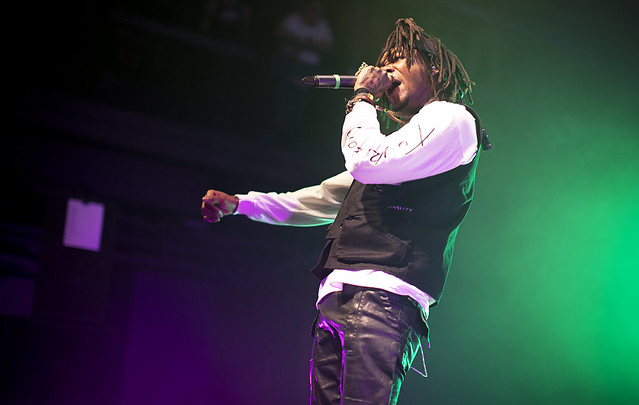 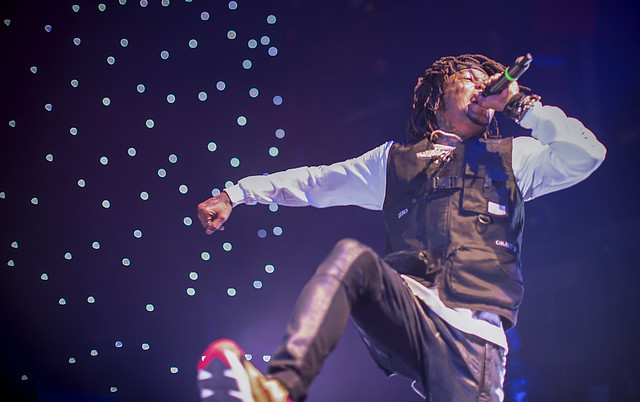