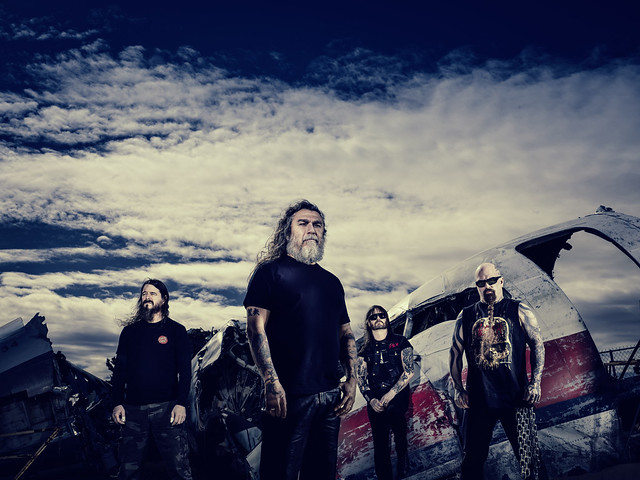 Thrash metal gods Slayer are saying goodbye with a farewell tour, and fans in the DC area can see the band one last time — on Tuesday, May 14, at Merriweather Post Pavilion.

The end is near for Slayer, continuing their Final World Tour with Leg 5 hitting several dates across the United States, including Merriweather Post Pavilion on May 14.

Maintaining the band’s ethos of “play as many places as possible to make it easier for everyone to see the band one last time,” Leg 5 will see the band performing 16 shows across the Southern states and then up the east coast. Lamb of God, Amon Amarth, and Cannibal Corpse will support Slayer on all Leg 5 dates.

Watch the official music video for “Repentless” by Slayer on YouTube:

In a review for Phoenix New Times, Lauren Wise said Slayer were “raw and pensive” at the start of Leg 5 of their Final World Tour.

“The five-time Grammy-nominated, two-time Grammy-winning band unleashed its fury with around 20 songs, almost half of which included eyebrow-singeing pyrotechnics that could be felt even 10 rows behind the pit.

“Since forming in 1981, when all the members were under 20, the band have long been hailed for their pioneering breed of metal that combines structured thrash and elements of punk, focusing on the seedy underbelly of society and government. Their lyrics are as relevant today as they were 30 years ago,” Lauren wrote.