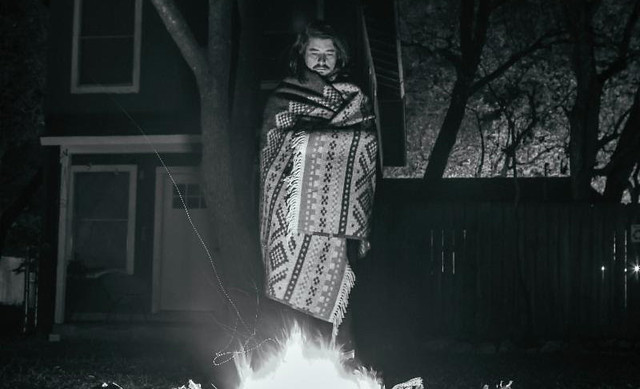 Matthew Logan Vasquez, frontman of the Delta Spirit, released LIGHT’N UP, his third solo album, in February via Dine Alone Records. For the album, he enlisted PR Newman as a backing musician. Now the gents will perform together at DC9 on Saturday, May 18.

On Saturday, PR Newman’s band opens then PR backs Matthew Vasquez during his set. In writing his new record, Matthew was isolated and captured a “season of despair.” You see, Matthew’s wife and son moved to Norway to be close to her ailing father after Christmas 2017, leaving Matthew to record an album.

“If a record is the sum of a chapter in a person’s life, this is a yearbook for me,” Matthew said. “It’s who I was then. It’s what I was thinking and feeling — all the heartbreak and longing. I usually don’t go this dark and put so many sad songs on a record.”

“On Light’n Up Vasquez is out to write his personal quirky tunes in a wide variety of styles for himself and his family. If others like it, great, if not, no worries because as an artist MLV continues to cast a sprawling net and never ceases to follow the muse where it leads him,” says Shawn Donohoe for Glide.