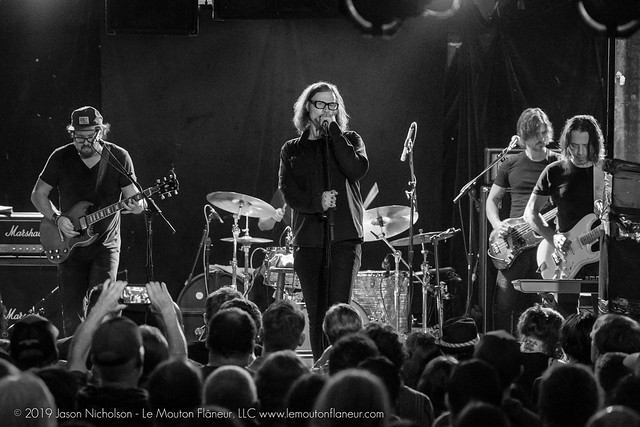 Mark Lanegan Band performs at Ottobar on May 11, 2019. (Photo by Jason Nicholson)

Rocker Mark Lanegan announced he will release Somebody’s Knocking, his 11th studio album, on Oct. 18 via Heavenly Recordings. Meanwhile, he’s on the road with Aussie post-punk Simon Bonney, and the show arrived at Ottobar on Saturday. Jason Nicholson got some pictures of both acts.

“Simon Bonney is to me one of the greatest artists of our time. His lyrics, melodies, phrasing, and songs are beautiful, mysterious, powerful, and lovely. His records have been a constant inspiration and companion to me for years and years. One of my favorite singers ever. Thank god he’s back,” said Mark Lanegan prior to the tour.

And back he is — along with his wife, Bronwyn Adams. Recently, Simon published a compilation album Past, Present, Future, on Mute. Past, Present, Future includes songs from his last two albums Forever (1992) and Everyman (1994) as well as six new tracks for an unreleased album, Eyes of Blue.

Simon said of one new song, “A Sweeter Kind of Pain is about the loved one you will always be with, even if you are not together — joined by shared experience and connection, a tether that cannot be broken — it’s better to accept it, than to fight it, or it will consume you.”

Watch the official music video for “A Sweeter Kind of Pain” by Simon Bonney on YouTube:

In preparation for the release of Somebody’s Knocking, Mark Lanegan recently released the first single from the album — “Stitch It Up” — along with a humorous music video with actor Donal Logue reprising his legendary ’90s MTV character Jimmy the Cab Driver.

Watch the official music video for “Stitch It Up” from Somebody’s Knocking by Mark Lanegan on Spotify:

On the new album, Mark gets a little psychedelic but he also takes inspiration from his heroes Joy Division and New Order.

“I’ve always been into electronic music since I was a kid,” he said. “I think the reason those elements have become more obvious in my music is that my tastes have changed as I’ve grown older. The bulk of what I listen to now is electronic. Alain Johannes and I had actually written Penthouse High for Gargoyle, but then it didn’t really fit on that record. I have been a huge fan of New Order and Depeche Mode forever and have wanted to do a song along those lines for a long time – a blatantly catchy, old-school dance-type song.”

Mark added, “I feel like I write lyrics instinctively. I let the melody come first and then it tells me what the words are going to beand I write whatever feels appropriate. That said, I’m also influenced by everything I’m into. I don’t usually like to talk about what a song means to me; I prefer that the people who connect with a song do so with their own interpretation. It never crossed my mind what Neil Young meant by After The Gold Rush, only the personal movie it created in my head. My entire life, all the music that I’ve connected to has drawn me in like that. Joy Division, Nick Drake, Son House, Thirteenth Floor Elevators, the Gun Club… all the music that meant the most to me, the music that saved my life was the music that told my own story back to me.”

Here are some photos of Simon Bonney performing at Ottobar on May 11, 2019. All pictures copyright and courtesy of Jason Nicholson. 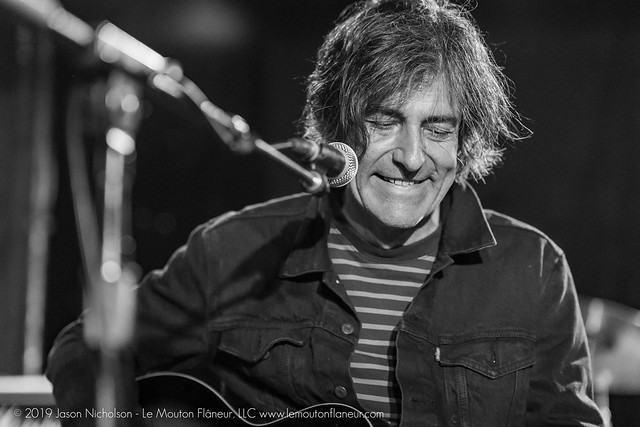 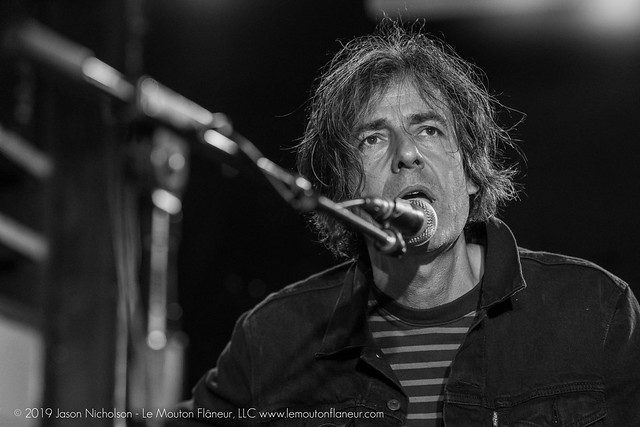 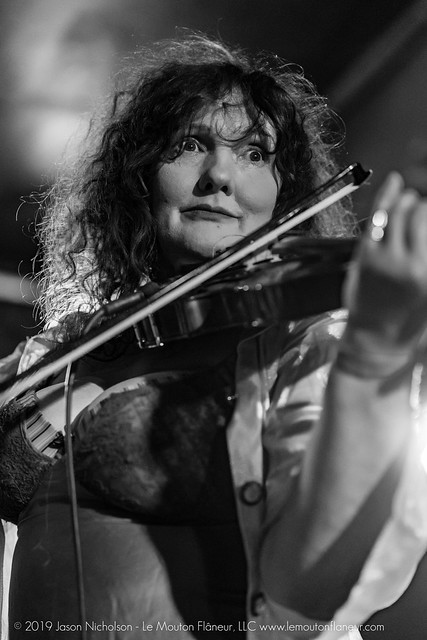 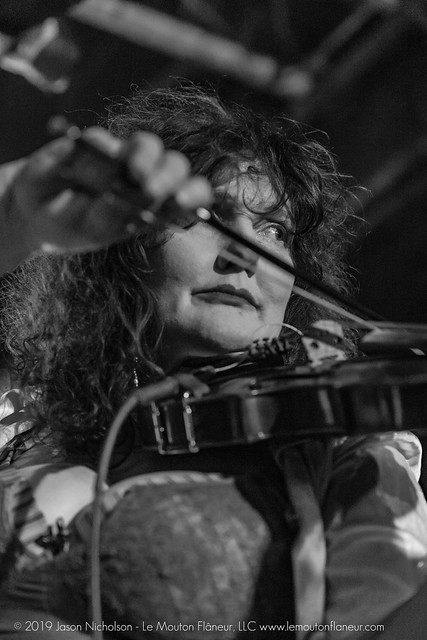 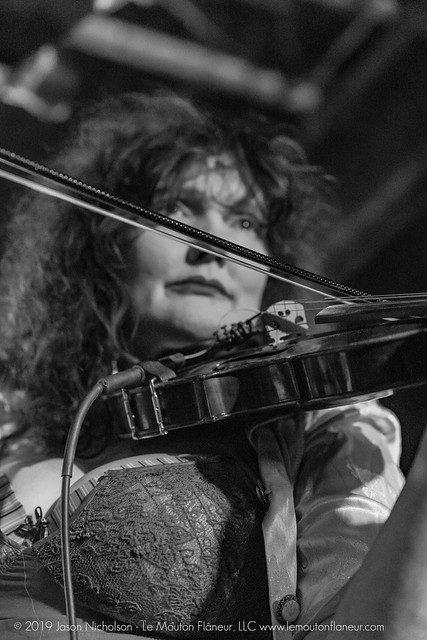 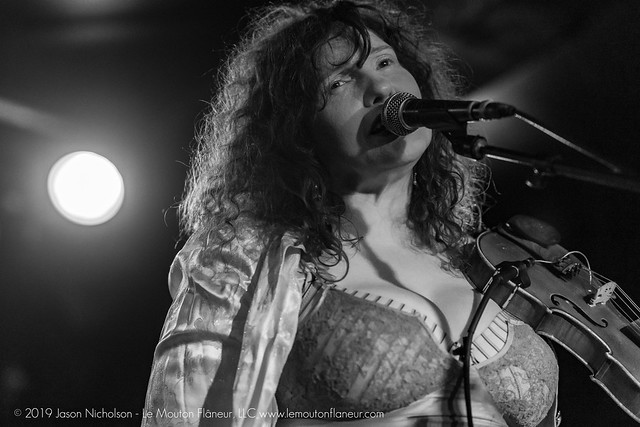 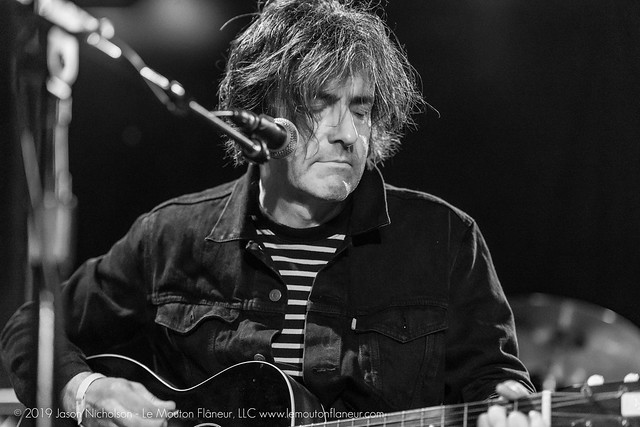 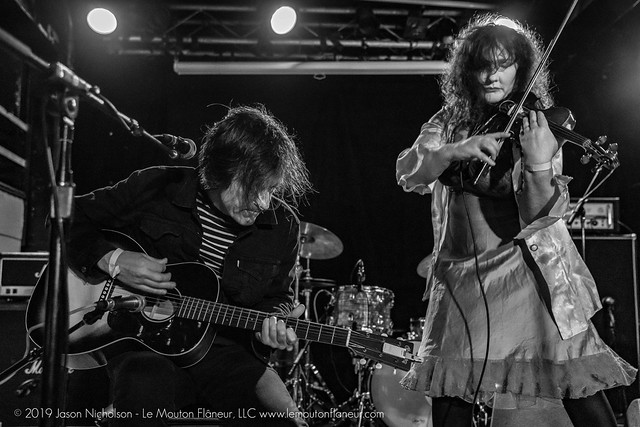 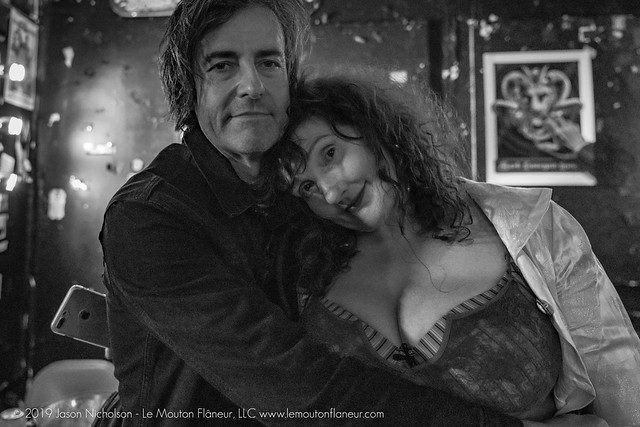 Here are some photos of Mark Lanegan Band performing at Ottobar on May 11, 2019. All pictures copyright and courtesy of Jason Nicholson. 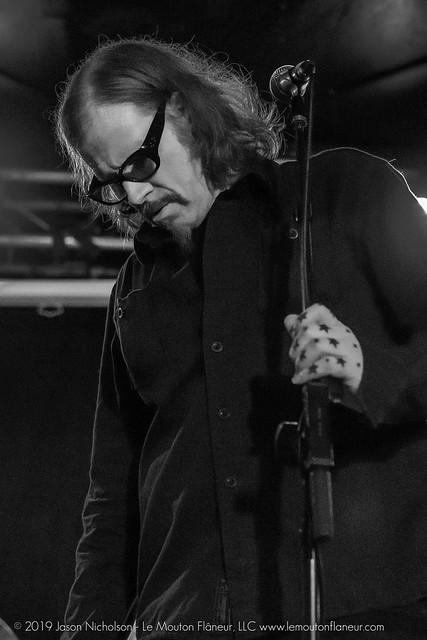 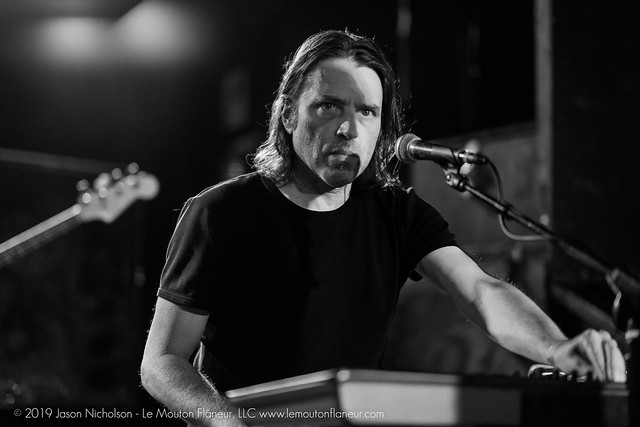 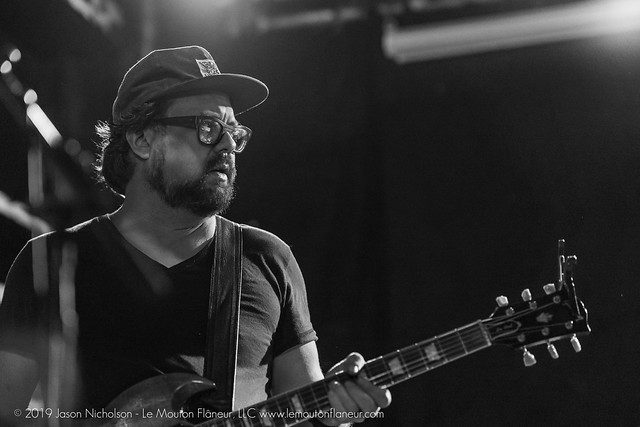 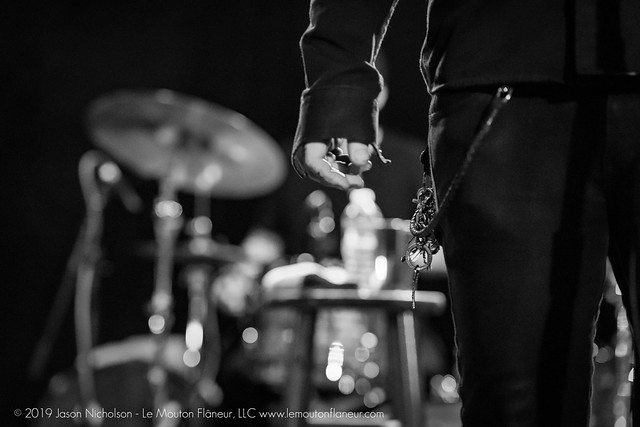 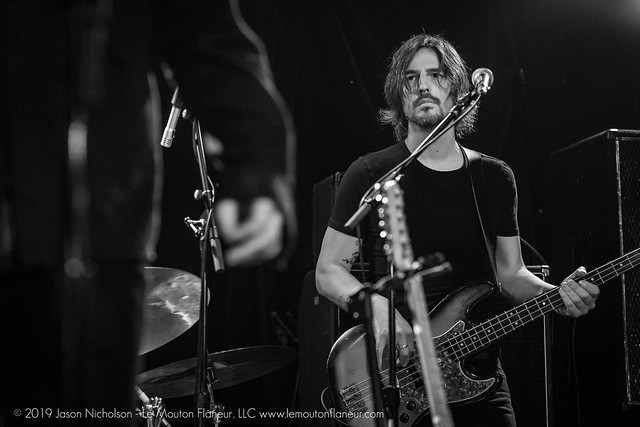 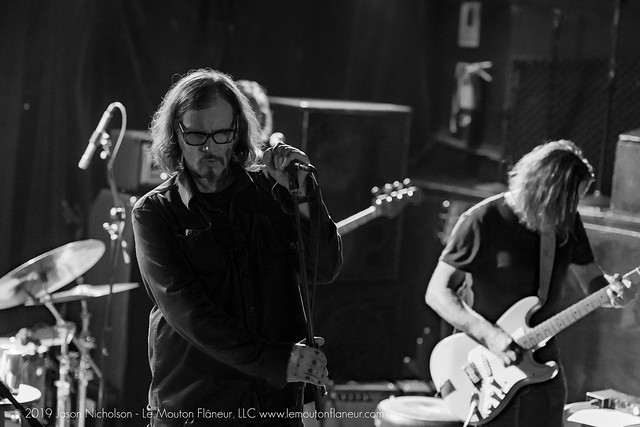 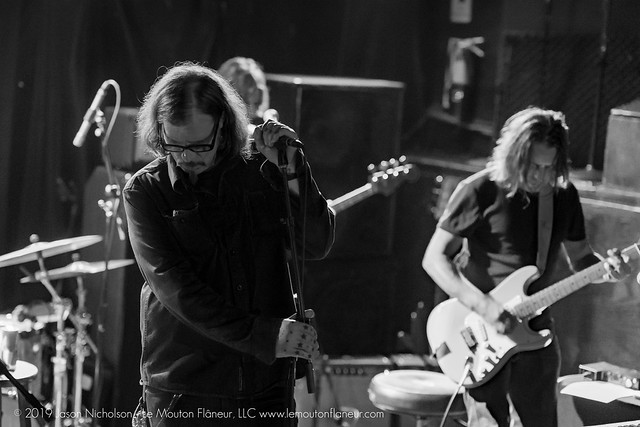 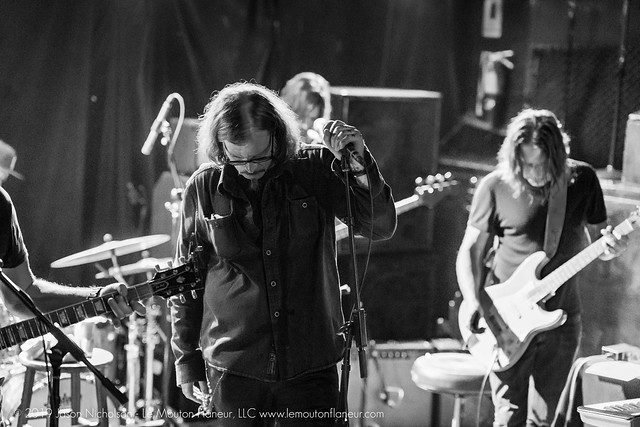 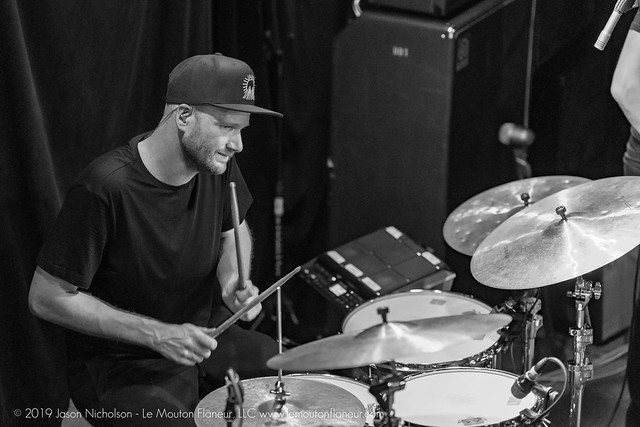 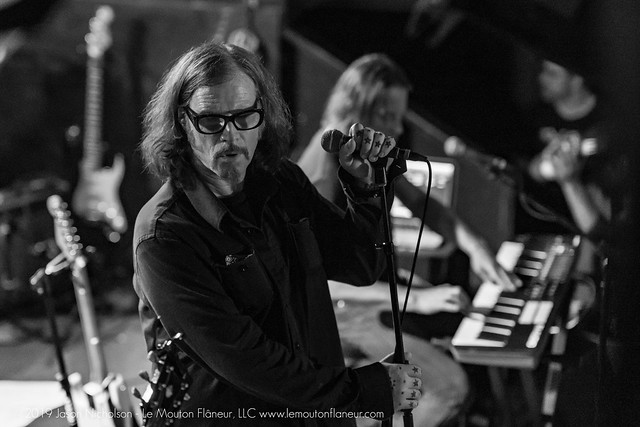 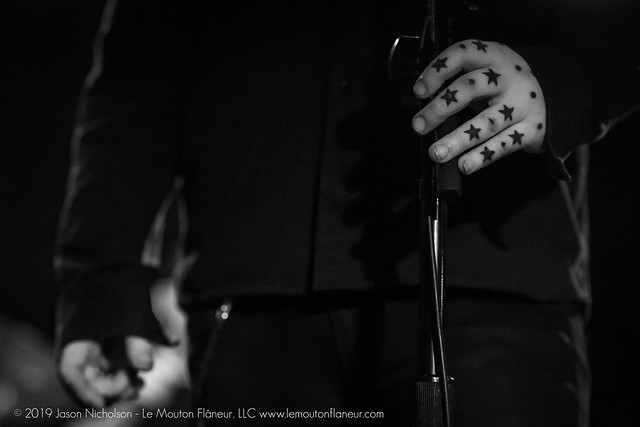