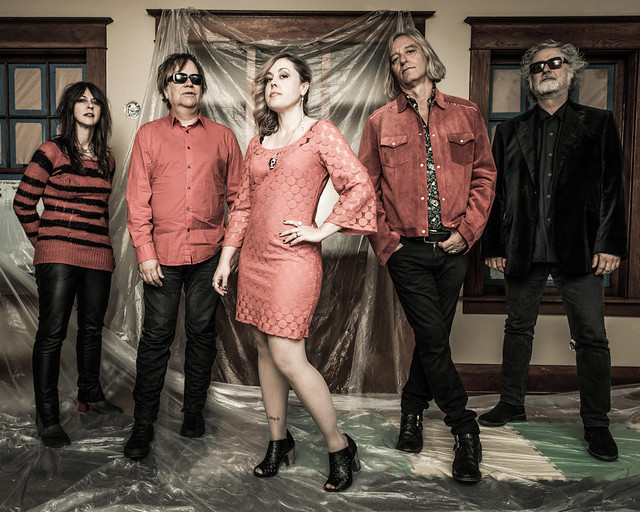 The first releases from Filthy Friends, the scorchingly melodic rock group whose membership consists of some of the most original musical voices of the past three decades, came as a small, delightful shock to the system with their debut album, Invitation.

Now, with their follow-up — Emerald Valley — the Friends prove their collective mettle, crafting a thematic suite of songs that finds the quintet digging deeper into their bag of musical tricks and giving Corin “room to rage about and mourn the fate of our planet and the people who inhabit it,” say the band.

“I had this long poem growing in my brain,” Corin said. “It turned into a sort of manifesto about the kind of place we are at as a country but also as a region. Just taking stock of where we’re at and feeling like I can’t believe we let things get this bad.”

Listen to “Emerald Valley” by Filthy Friends on YouTube:

“Corin Tucker’s big, clear voice would enhance any setting — in an alternate reality, she might be a kd lang-style chanteuse — and when all the pieces fit on Emerald Valley, few performers are more stirring,” Jon wrote, adding, “Bad times have rarely sounded so cool.”