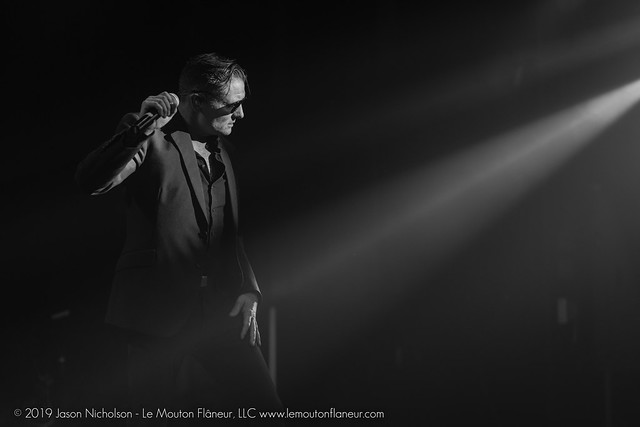 Nitzer Ebb performs at Baltimore Soundstage on May 15, 2019. (Photo by Jason Nicholson)

The Baltimore Soundstage swelled to near capacity recently as Nitzer Ebb prepared to take the stage. And the crowd throbbed in time to the angry industrial dance that propelled Nitzer Ebb to the spotlight in the ‘80s and continues to sustain them.

On May 15, Nitzer Ebb performed as a duo of Douglas McCarthy and Bon Harris although the band has reformed as a classic quartet. Drummer David Gooday and synthesist Simon Grange were unable to make the early part of this US tour due to visa delays.

The disappoint of no full classic Nitzer Ebb band was mitigated by a thoroughly satisfying performance by vocalist Doug and synth percussionist Bon, who raged and posed through 16 dance stompers, drawing six from Belief, the bands’ 1989 second album — including early songs “Blood Money” and “Captivate” along with midset tunes “Hearts and Minds” and “Shame,” among others.

Throughout the evening, the energy of Doug and Bon charged the crowd, who rewarded them with aggressive dancing and rapt applause. The concert ended with an encore of “Godhead” from fourth album Ebbhead, which also lent “Ascend” to the setlist.

Dark dance has crested and ebbed over the past 20 years, which Nitzer Ebb seeming to herald each rise in industrial music. Make no mistake — industrial dance is back, and Nitzer Ebb’s return to North American stages after a nine-year absence marks a dark electronic assault.

Nitzer Ebb remain on tour through May 26 in Dallas. The reforged quartet will continue touring the USA in September. Here are some pictures of Nizter Ebb performing at Baltimore Soundstage on May 15, 2019. All photos copyright and courtesy of Jason Nicholson. 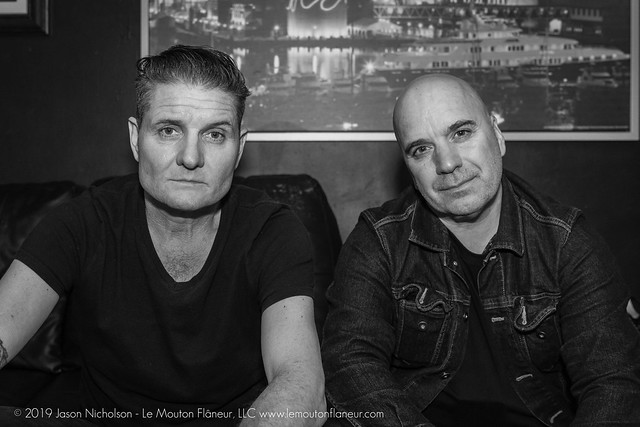 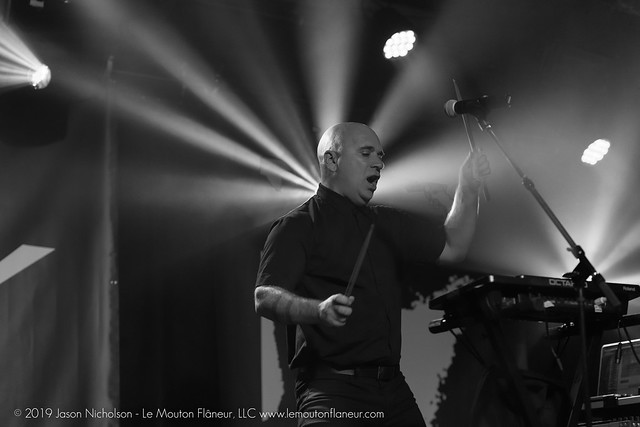 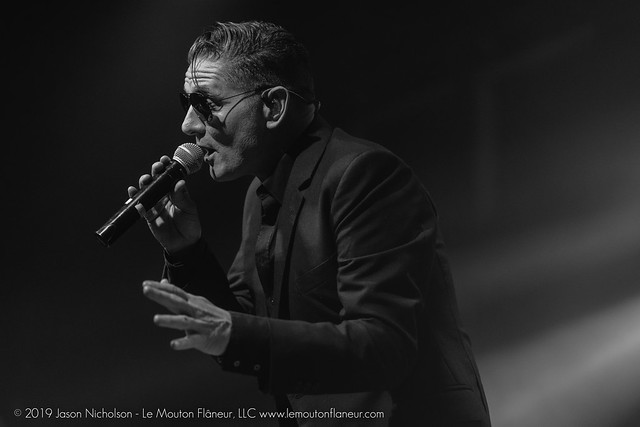 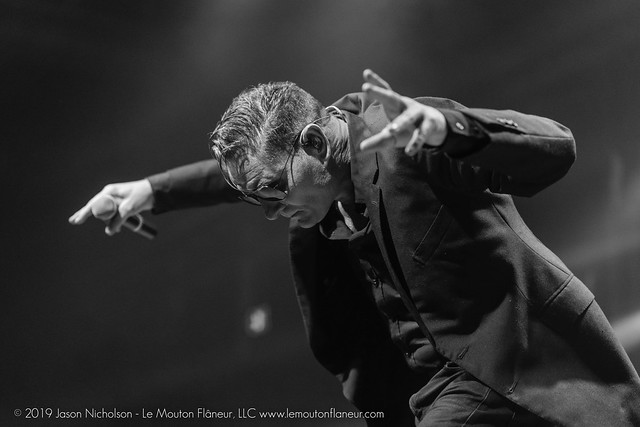 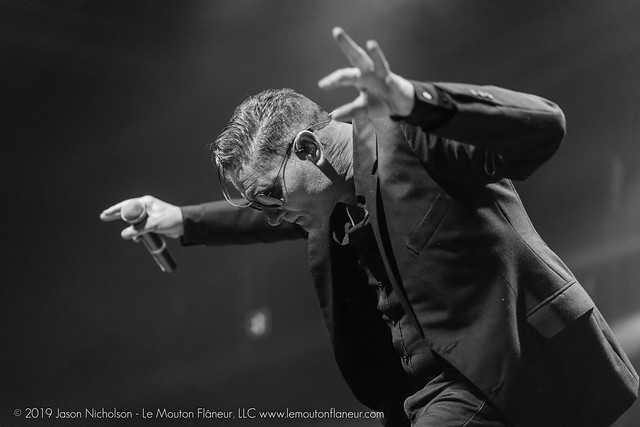 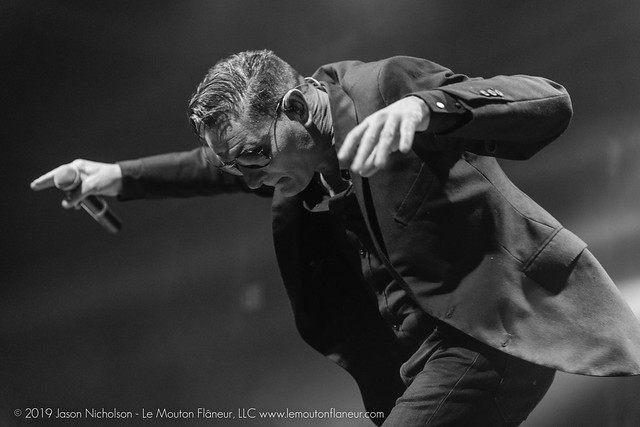 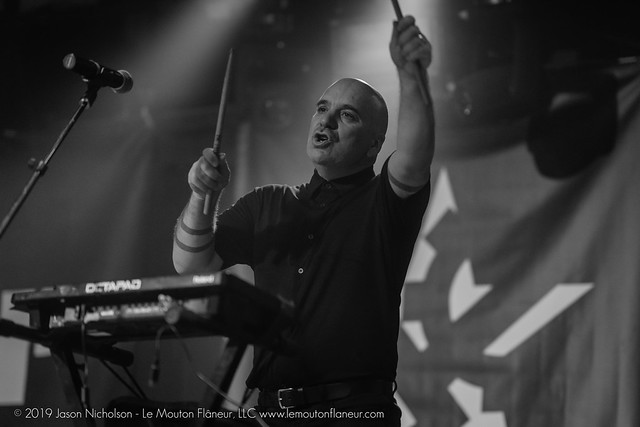 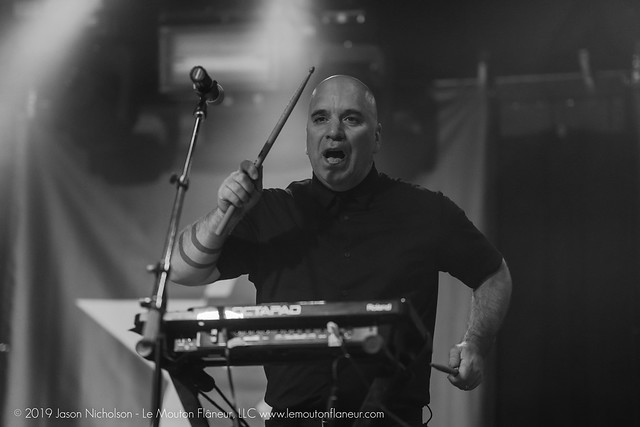 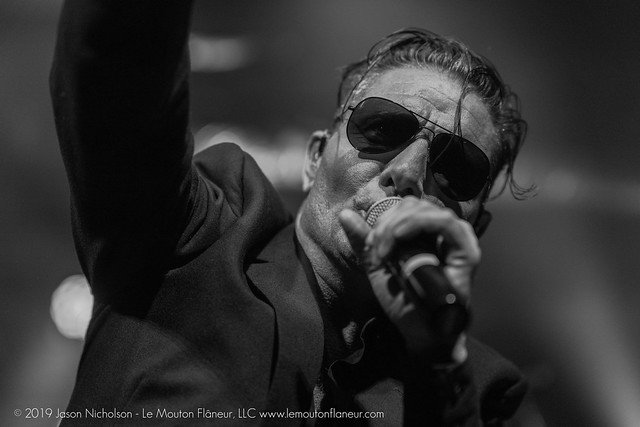 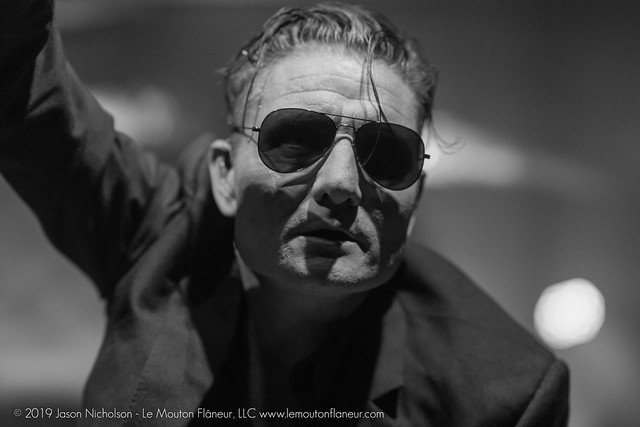 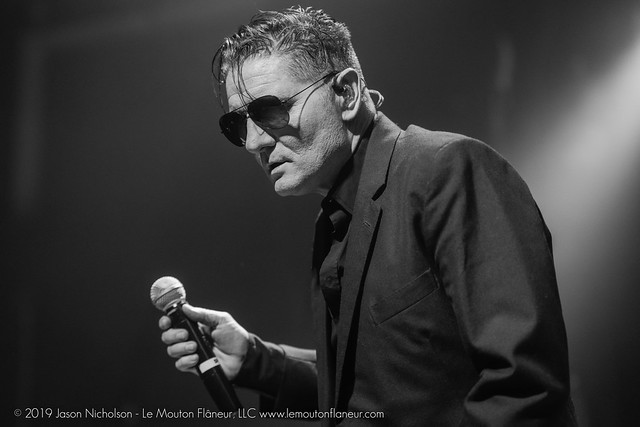 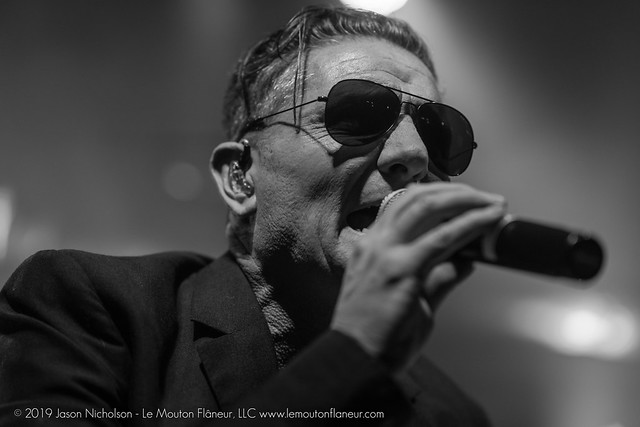 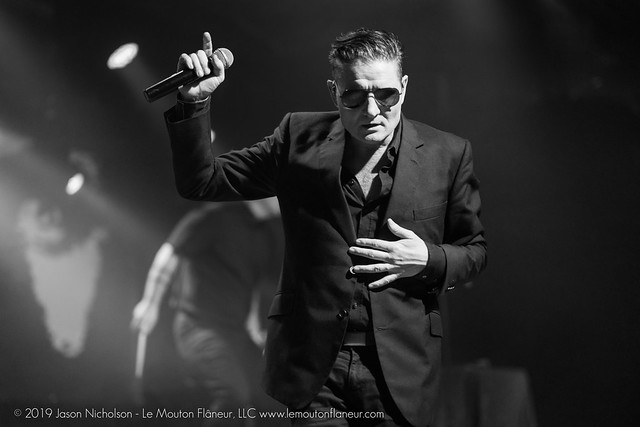 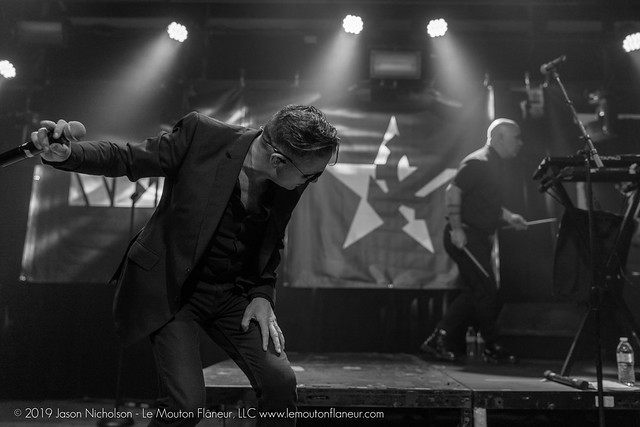 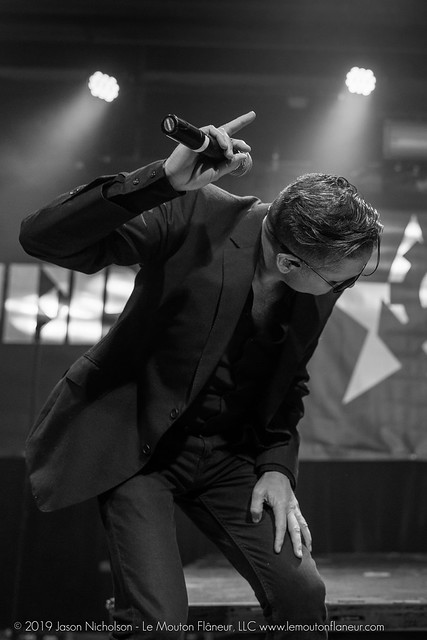 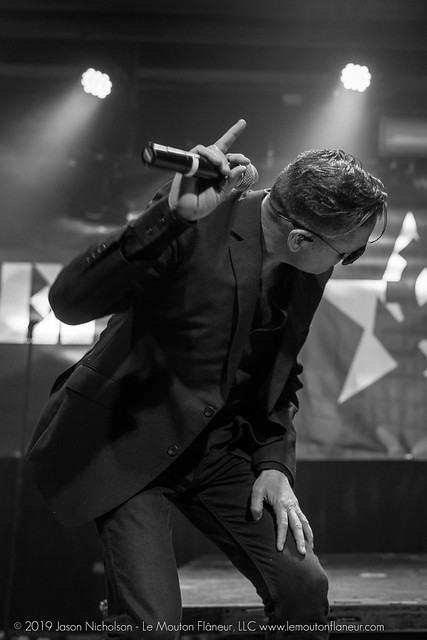 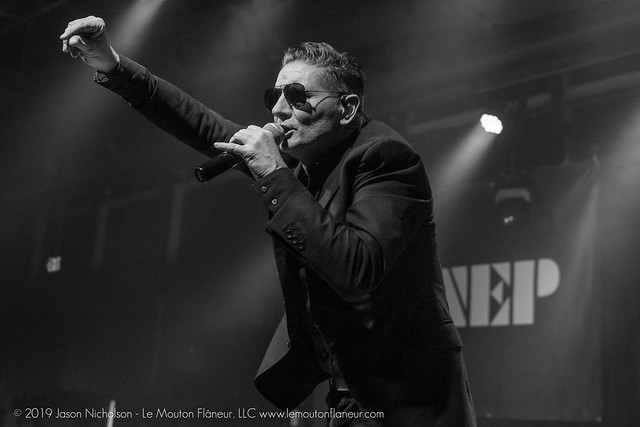 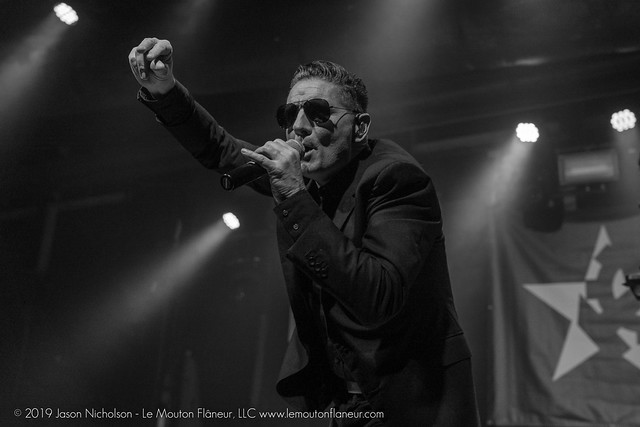 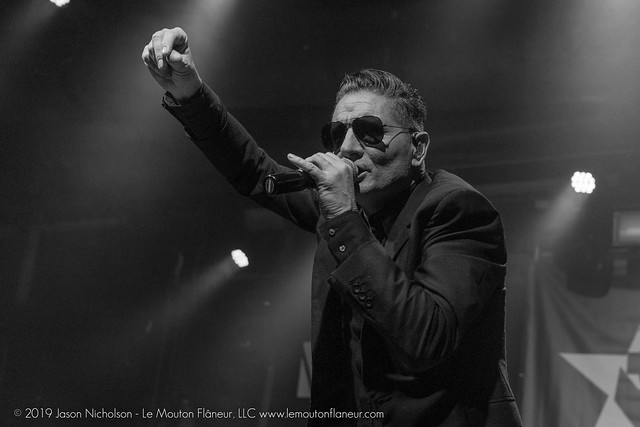 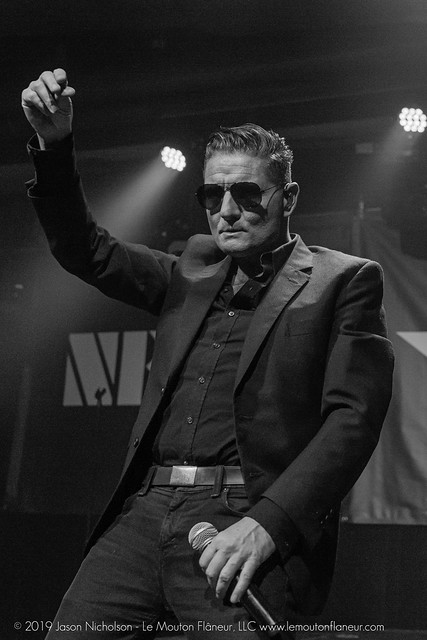 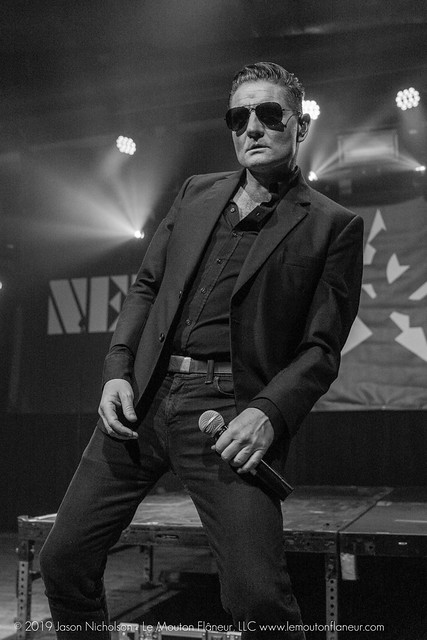 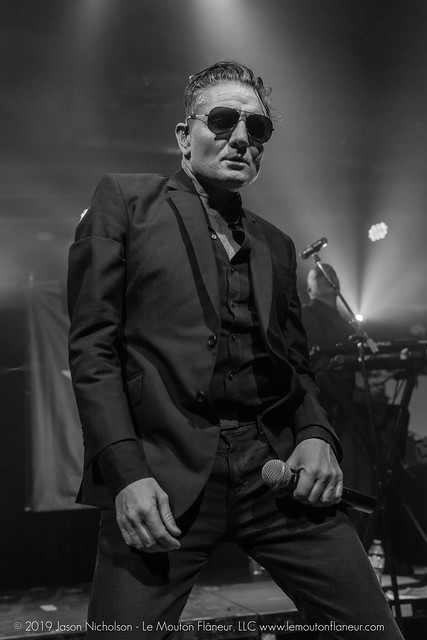 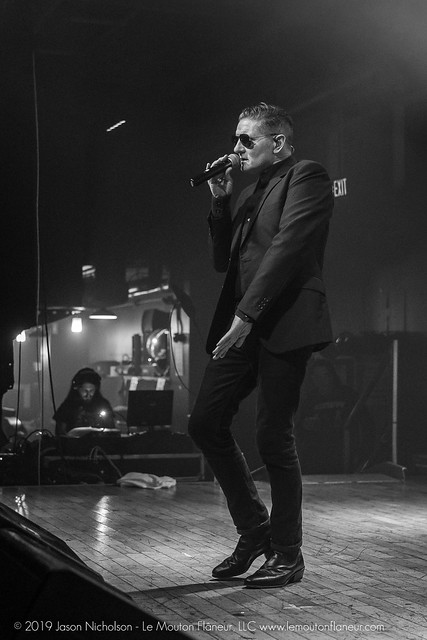