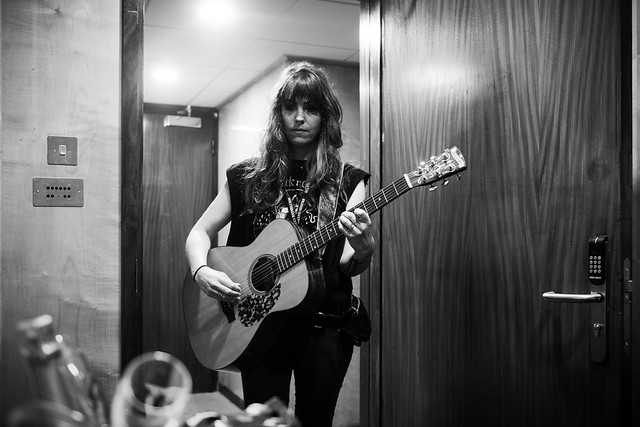 In an interview with Consequence of Sound, Emma Ruth shared her thoughts on writing about the past and its influence on “Darkhorse” off her On Dark Horses album, her fourth LP, which was released in late 2017. “Most of my music deals with, and strives to make sense of, my own life and past, but I’d rather not share specifics. I think its safe to say I have a family situation that will continue to inform my music. The writing process is sometimes an effort to unravel addiction and mental illness issues, and ‘Darkhorse,’ for me, is one of those but has a hopeful intention and message, if you will.”

Emma Ruth spent 2018 touring behind her album On Dark Horses, said to be her “most cinematic approach to her narratives on addiction, heartbreak, and familiar strife,” according to a press release. Her time on the road and at home has been captured in an intimate documentary short directed by Belgian photographer Geert Braekers.

Watch the On Dark Horses tour documentary short on YouTube:

Stereogum says Emma Ruth “writes shadowy, slow-burning goth-folk that holds the capacity to both devastate and invigorate” and her music is “a mystic, swirling, vaguely threatening beauty. Guitars, drenched in fuzz and reverb, rise up, as if they’’re emerging from some primordial ooze. Organs wail like ancient Greek mourners. And Rundle’s voice floats above the seething morass, graceful and triumphant, an angel welcoming the apocalypse.”