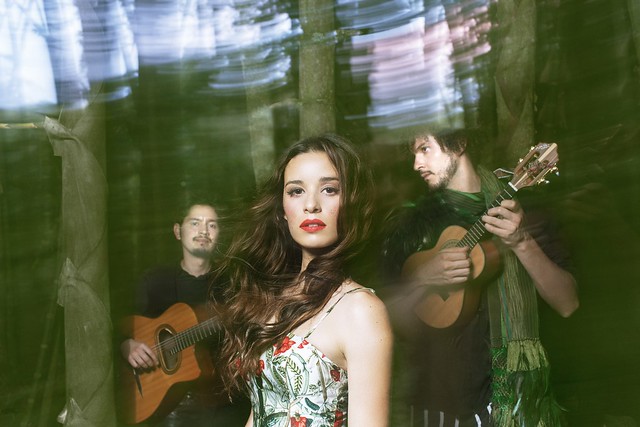 Monsieur Periné, a Bogotá-based musical ensemble from Colombia, released new song “La Sombra” last year, and followed it up with a music video recently. Fronted by Catalina García, the band has embarked on a La Sombra World Tour, which arrives at 9:30 Club on Monday, June 10. You can win tickets to go with Parklife DC.

For “La Sombra,” Monsieur Periné teamed with Leonel Garcia, the Mexican balladeer who was part of the duo Sin Bandera. “La Sombra” hails from the group’s latest album, Encanto Tropical, released in 2018. The album received a 2019 Grammy nomination for Best Latin Rock, Urban, or Alternative Album. It also was nominated as Album of the Year for the 2018 Latin Grammys.

Parklife DC is giving away a pair of tickets to see Monsieur Periné at 9:30 Club. To win, simply leave a comment on this blog. You can leave any comment, but we would like to know your favorite song by Monsieur Periné.