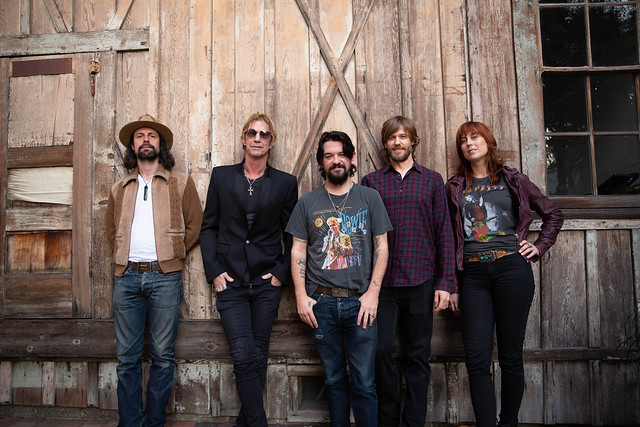 Duff and Shooter began recording the album back in March 2018, working out of Station House studios, located in Echo Park, California, where they wrote and recorded in-between Duff’s tour with seminal rock band Guns N’ Roses and the release of Shooter’s eponymous album, Shooter.

The album will be Duff’s musical follow-up to 2015’s bestselling book, How to Be a Man (And Other Illusions).

“Before beginning this project, I was asked more than a few times if I was going to write a book on my experience during the two-and-a-half year GN’R Not In This Lifetime… Tour. While, of course, it had been an amazing experience, in the end I decided the ideas swirling around in my head were better suited for a record,” Duff said.

He added, “The heartbreak, anger, fear, confusion, and divide I have experienced traveling this globe of ours coerced these words into songs that tell my truth, and one that I hope will spread and help us all.”

In a preview for Rolling Stone, Daniel Kreps hailed Duff’s complex approach to the new music.

“Unlike Guns N’ Roses’ stadium-filling fare, McKagan takes a softer approach with ‘Tenderness,’ with the rocker relying mainly on piano and acoustic guitars on the dusty ballad,” Daniel said.