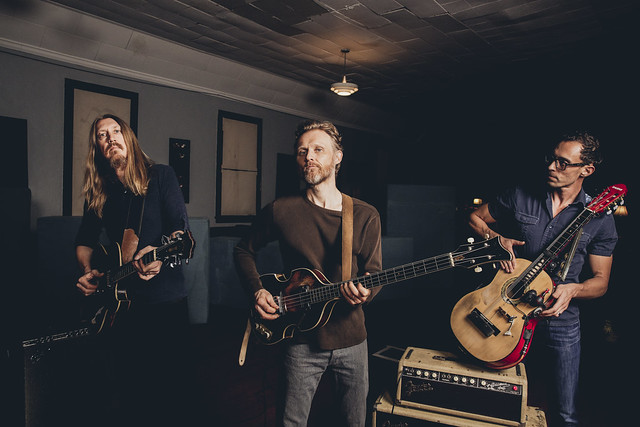 Hailing from Nashville and dubbed “masters of soulful folk” by Paste, The Wood Brothers will perform with Lake Street Dive at the Filene Center at Wolf Trap on Saturday, June 8.

Watch the official music video for “Happiness Jones” from One Drop of Truth on YouTube:

“One Drop of Truth is a deft musical and thematic balancing act,” says Uncut, “in which seemingly carefree groove-fests like ‘Happiness Jones’ and ‘Sky High’ find joy and sorrow to be interconnected.” According to Rolling Stone, “[T]he trio drifts effortlessly between styles as diverse as plaintive country folk and electrified blues funk, toying with unrelated ideas as never before.”

“What I really love about this record,” said Oliver, “is that each one of these songs has its own little world. There are diverse sounds and vibes from one track to the next.”