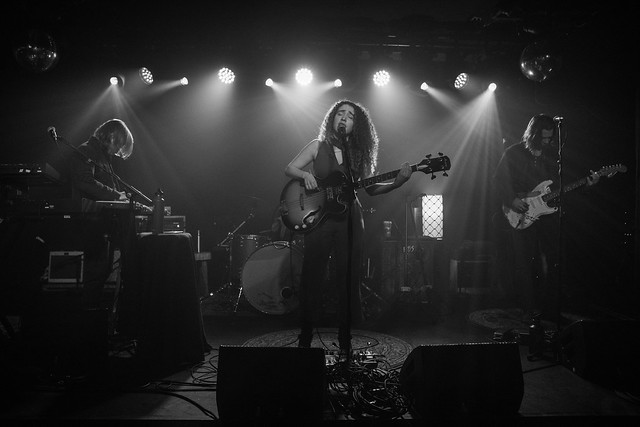 In support of her new album, Love Remains, which debuted at #1 on Billboard’s Heartseekers chart, Tal Wilkenfeld will perform at City Winery DC on Friday, June 7.

Having moved to the States from her native Sydney, Australia, at just 16, Tal is known today as both a celebrated bassist and, according to Rolling Stone, a “formidable singer-songwriter.” Love Remains, her debut solo album for BMG, was executive produced by Jackson Browne. “There are instrumentalists who are very good writers. But I can’t think of another instrumentalist that has ventured into the area that Tal has ventured into when it comes to writing and singing songs from her own experience,” said Jackson.

The album suggests, as Tal has said, “the abiding presence of love…or the remnants should it fail…. The way to diminish darkness if by shining a light on it. That’s what’s so beautiful and rewarding about music.”

“Ever since I started playing music,” Tal said to Forbes, “my primary creative outlet has been songwriting. Even when I dove heavily into instrumental music, I was most passionate about composition…. A dear friend once wisely shared with me: Be a voice for those who are afraid to express theirs. Someone has to say it!”

Watch Tal’s live performance of “Pieces of Me” at Paste Studios on March 7, 2019, via YouTube:

“She’s so incredibly talented, such a great musician,” raved The Who’s legendary Pete Townshend. “I sat and watched her soundcheck and there was this fully formed singer/songwriter and her music is vibrant.”