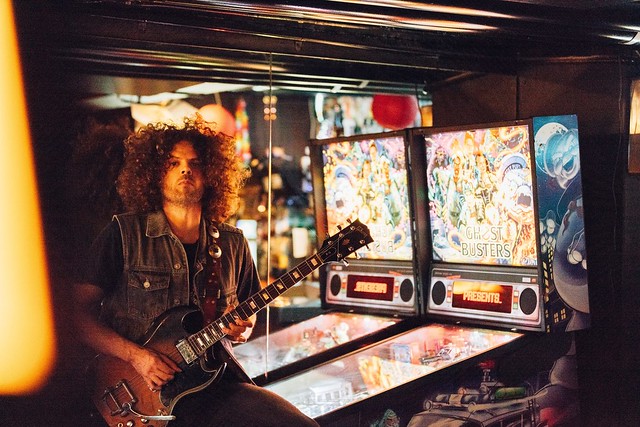 Wolfmother wishes you a “Happy Wolfmothers Day” (actually the name of the band’s most recent single) as they drop by 9:30 Club for a welcome concert performance on Wednesday, June 12.

Led by vocalist/guitarist Andrew Stockdale, Wolfmother have amassed a global fanbase, played to packed-house crowds around the world, delivered show-stealing sets at star-studded festivals like Coachella, Lollapalooza, Reading, Download, and more. They’ve been invited to share stages with the likes of rock icons Aerosmith, AC/DC and Guns N Roses — including performing by personal invitation for Led Zeppelin’s induction into the UK Music Hall of Fame!

After clocking up multi-platinum sales, ARIA and Grammy awards, in 2016 Wolfmother released album number four, Victorious to rave reviews before hitting the road on a massive world tour. With a string of US East Coast dates starting next week, get ready to hear classics like “Woman” and “Joker & the Thief,” as well as new material, when Wolfmother return for these intimate shows.

Watch a trailer for the upcoming US East Coast Tour by Wolfmother on YouTube:

“Wolfmother returns with a record that owes as much to 1976 and it does 2016, as much to glam as it does to heavy metal and as much to Andrew Stockdale’s keen songwriting as it does to Brendan O’ Brien’s smart production. This is the kind of kick in the teeth this Australian unit gave us a decade back and it’s high time we had that same kick again. And kick this little sucker does,” Jedd said.