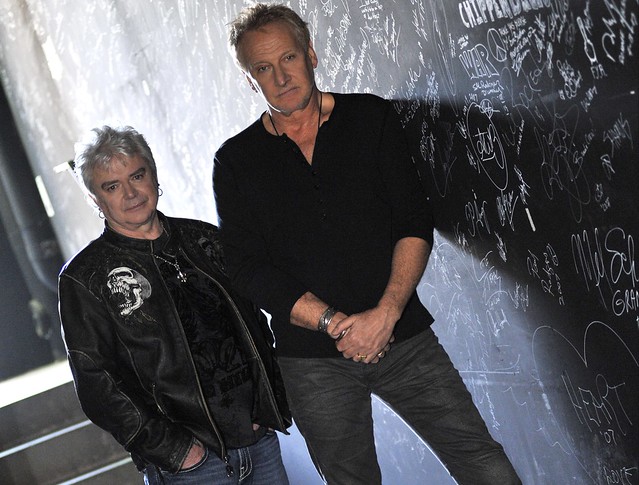 Air Supply last released Mumbo Jumbo, the band’s 17th studio album, in 2010, featuring the trademark sound of Russell Hitchcock’s soaring tenor voice and Graham Russell’s majestic melodies. But the English-Aussie combo will forever be recognized for their #1 hits on the Billboard Adult Contemporary chart in the early ’80s — “Lost in Love” (1980), “Here I Am” (1981), “Even the Nights Are Better” (1982) — and many other remarkable earworms.

When Graham and Russell met in 1975 during rehearsals for Jesus Christ Superstar, they surely had no idea their exhilarating live show would still be dazzling audiences 44 years later.

In a review of Air Supply’s live show earlier this year for the Houston Press, Pete Vonder Haar was deeply impressed about how crazy the crowd went for the duo yet how cool the musicians remained throughout the show.

“Graham Russell and Russell Hitchcock are remarkably sanguine about their legacy as standard bearers for some of the most soporific extremes of 1970s pop, and their modesty and apparent gratitude for their good fortune appears genuine. And if nobody dislikes Air Supply, they also have a healthy amount of affection for everyone else,” Pete wrote.