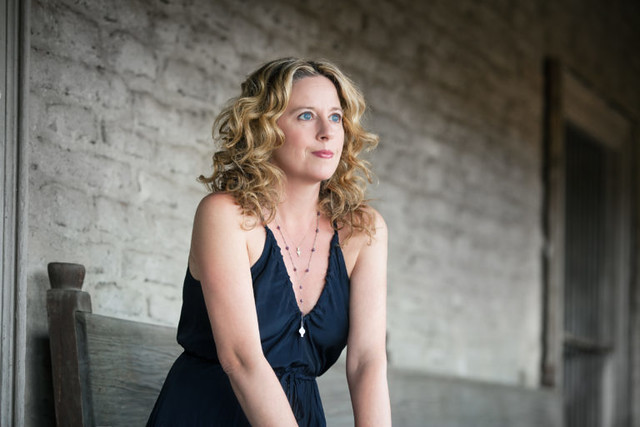 Singer-songwriter Amy Helm, daughter of Levon Helm of The Band, released This Too Shall Light, a new 10-song album, via Yep Roc Records in September. She performs at AMP by Strathmore on Thursday, June 27.

To record the album, Amy traveled to Los Angeles’ iconic United Recording Studios, the same compound where The Beach Boys recorded Pet Sounds, to collaborate with Joe Henry, the three-time Grammy-winning producer known for his work with artists like Bonnie Raitt, Elvis Costello, and Lizz Wright.

Watch Amy Helm perform “This Too Shall Light” live for WFUV Live at Rockwood Music Hall in New York City on Oct. 1, 2018, via YouTube:

“It won’t take long to get into the mood of Amy Helm’s sophomore solo release. The opening title track, written for her by Hiss Golden Messenger, is a slow, simmering ballad infused with soul and gospel of overcoming adversity through trust in yourself. There’s a subtle, organic but vibrant spirituality that aims straight at your heart. Helm sings with restrained yet obvious passion and backing singers bring a righteous ambiance perfect for the uplifting lyrics,” Hal wrote.