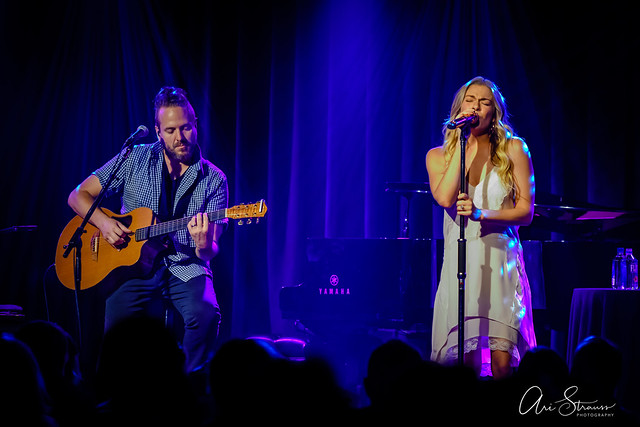 When LeAnn Rimes casually walked to the microphone in bare feet and a simple white sundress recently, the vibe in the room felt like a warm summer evening on the back porch rather than on the main stage at The Birchmere in Alexandria, Virginia. After warmly welcoming the crowd to her “living room,” the audience could sense they were in for a real treat.

Accompanied only by Nashville guitarist Greg Hagan on an acoustic guitar, the simple staging of two bar stools, two mic stands, and a piano in the background was beautiful in its simplicity and provided a modest setting where LeAnn’s stunning voice was the true star of the evening on June 30.

The audience’s excitement was palpable as LeAnn opened the show with “Love Line,” a soulful gravely song from her 2016 album, Remnants. LeAnn originally wrote the song with the intention that it be a message to her two stepsons, letting them know they were bound not by a bloodline but by a love line. However, after finishing and recording the song, LeAnn said she realized the song wasn’t just a message for her stepsons, “It was a message for everyone; we are all bound together by love.”

Remnants was LeAnn’s 11th studio album and her first released under RCA Records following the end of her 20-year contact with Nashville’s Curb Records.

Listen to Remnants by LeAnn Rimes on Spotify:

After opening with a contemporary hit, LeAnn reached back to her 1996 debut album, Unchained Melody, for the next song in the set, “One Way Ticket.” Seizing on on the hook phrase, “one way ticket,” LeAnn made a seamless transition into a sampling of Tracy Chapman’s hit, “Fast Cars” at the end of the song. The transition was so smooth, the song was almost over before I realized what she had done, and it was lovely.

Introducing the next song, “Spitfire,” LeAnn told the crowd it was written during a time in her life when she was, “really pissed off.” In a nod to her southern heritage — LeAnn was born in Mississippi and moved to Texas when she was six — LeAnn peppered the song’s lyrics with phrases which are uniquely southern such as “Politely tear you apart with ‘Sweetie bless your heart,'” and “I ain’t gonna get stuck in your muck and mire…I’m fixin’ to spitfire.”

The fourth song in her set, “Nothing Better to Do” was written while hanging out in an abandoned county jail next to an old electric chair while touring her birth state, Mississippi. LeAnn talked a bit about going back to her birthplace. She said not much was familiar because everything about the first six years of her life in the Magnolia state is a blur. After a contemplative pause, she added only half jokingly, “Everything after fourteen is a blur too,” undoubtedly referencing the roller coaster pace her career has taken since becoming the youngest person ever to win a Grammy award at age 14.

About a third of the way through the set, LeAnn took a seat on her stool and talked about one of her musical heroes and someone she’s been compared to since she started singing: Patsy Cline. She dedicated the next song to Patsy and proceeded to deliver one of the most beautiful renditions of “Crazy” I’ve ever heard. Toward the end of the song, the guitar accompaniment stopped and LeAnn finished up with a few a cappella bars of “Sweet Dreams (of You).” The audience reacted with a standing ovation that lasted close to a half-minute. 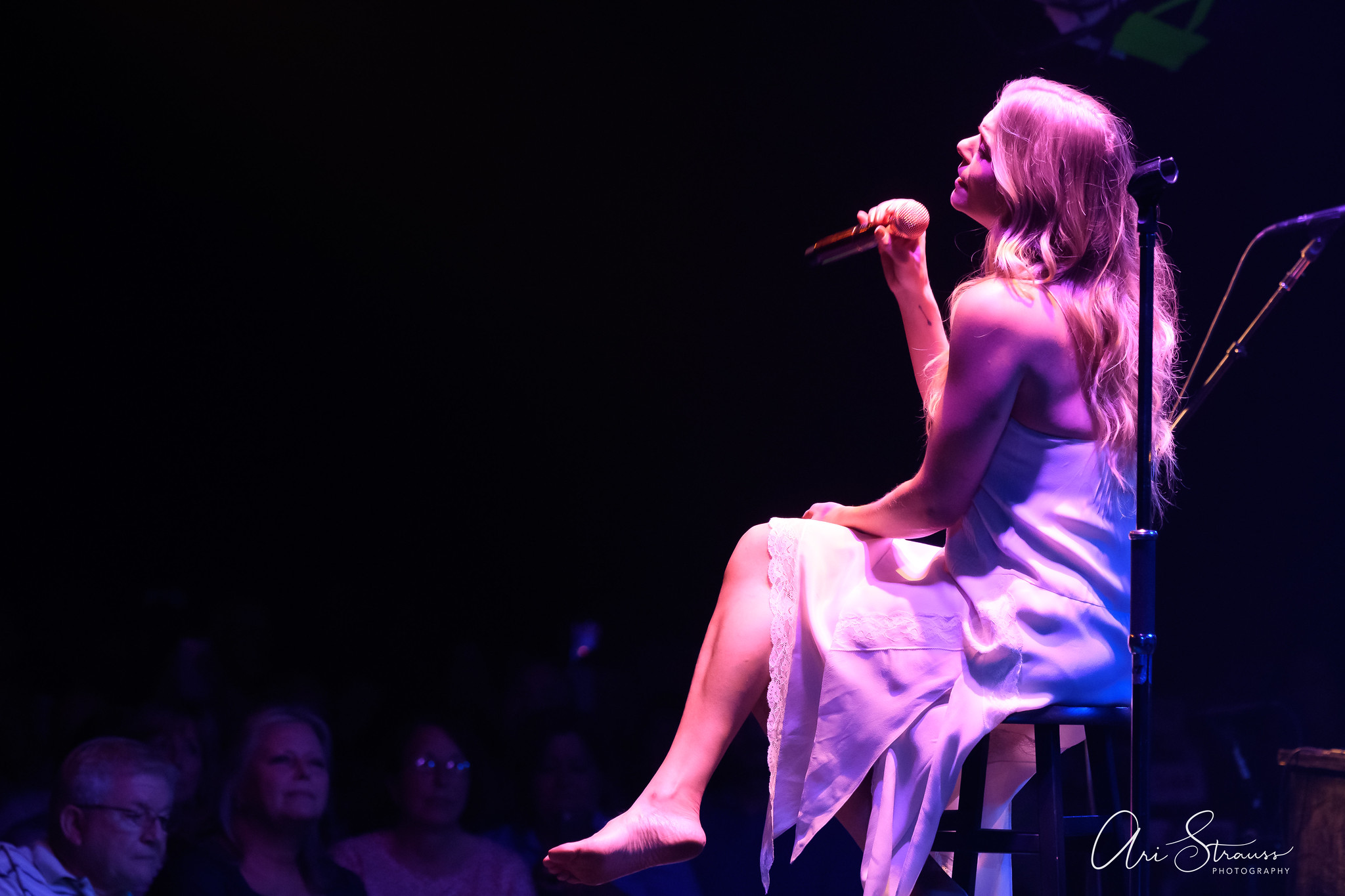 In introducing “Love Is Love Is Love,” LeAnn mentioned her strong support for the LGBTQ community and her recent involvement in Colorado’s Pride celebration. Gregg lent backing vocals to the song in addition to his guitar duty.

About an hour or so into the show, LeAnn confessed, “I have a setlist, but I usually go off it about now.” After a short whispered conversation with Greg, LeAnn introduced the next song by mentioning a covers album she released in 2011 called Lady and Gentlemen. The album, co-produced by Vince Gill, is a collection of masculine country classics reinterpreted by LeAnn’s female voice. The first single from the album — “Swingin'” by John Anderson — is a song LeAnn’s mother says she used to fall asleep to as a colic baby.

Listen to Lady and Gentlemen by LeAnn Rimes on Spotify:

The next several songs in the set were all covers of songs that LeAnn simply adores. “Secret Garden” is hands-down her favorite Bruce Springsteen song ever, and “Unchained Melody,” by the Righteous Brothers, lent its title to her hit first album. She mentioned she signed the record deal for that album when she was just 10 years old. LeAnn’s impressive vocal range was on full display when she sustained a very long high note at the end of “Unchained,” causing the audience to rise to their feet for the second standing ovation of the evening, punctuated with shouts of, “We love you, LeAnn!” LeAnn covered her face momentarily and telling the audience, “Ya’ll are making me blush!”

Greg put his guitar down and sat at the piano for “How Do I Live.” During a very quiet point in the song where the piano stops and LeAnn sings a dramatic a cappella stanza, someone in the audience on stage left sneezed. Without skipping a beat, LeAnn offered a sincere, “Bless you,” and continued with the song. After the song concluded, she explained that she had a friend who would get super-offended if she sneezed and someone in her presence didn’t offer a “bless you.” So to avoid the drama, it has been ingrained on LeAnn to reflexively offer a “bless you” whenever and wherever she encounters someone sneezing.

LeAnn’s set concluded with “Can’t Fight the Moonlight” and she came back for one encore, a spirited cover of Fleetwood Mac’s “Rhiannon.”

I admittedly didn’t know a ton about LeAnn Rimes before covering her Birchmere performance, but I left with a hug appreciation for her talent and tremendous voice. I’m thankful being a contributor to Parklife DC affords me opportunities to discover musicians I wouldn’t otherwise seek on my own. I will definitely seek out more opportunities to see LeAnn live in the future.

I would be remiss if I didn’t mention the gorgeous guitar Gregg played all night, a beautiful McPherson custom acoustic guitar with its unique shape and offset soundhole at the top of the front surface.

If you’re a guitar geek, You’ll want to click over to McPherson’s website and check out their story.

Enjoy some photos from LeAnn Rimes performing at The Birchmere, June 30, 2019. All images copyright and courtesy of Ari Strauss. 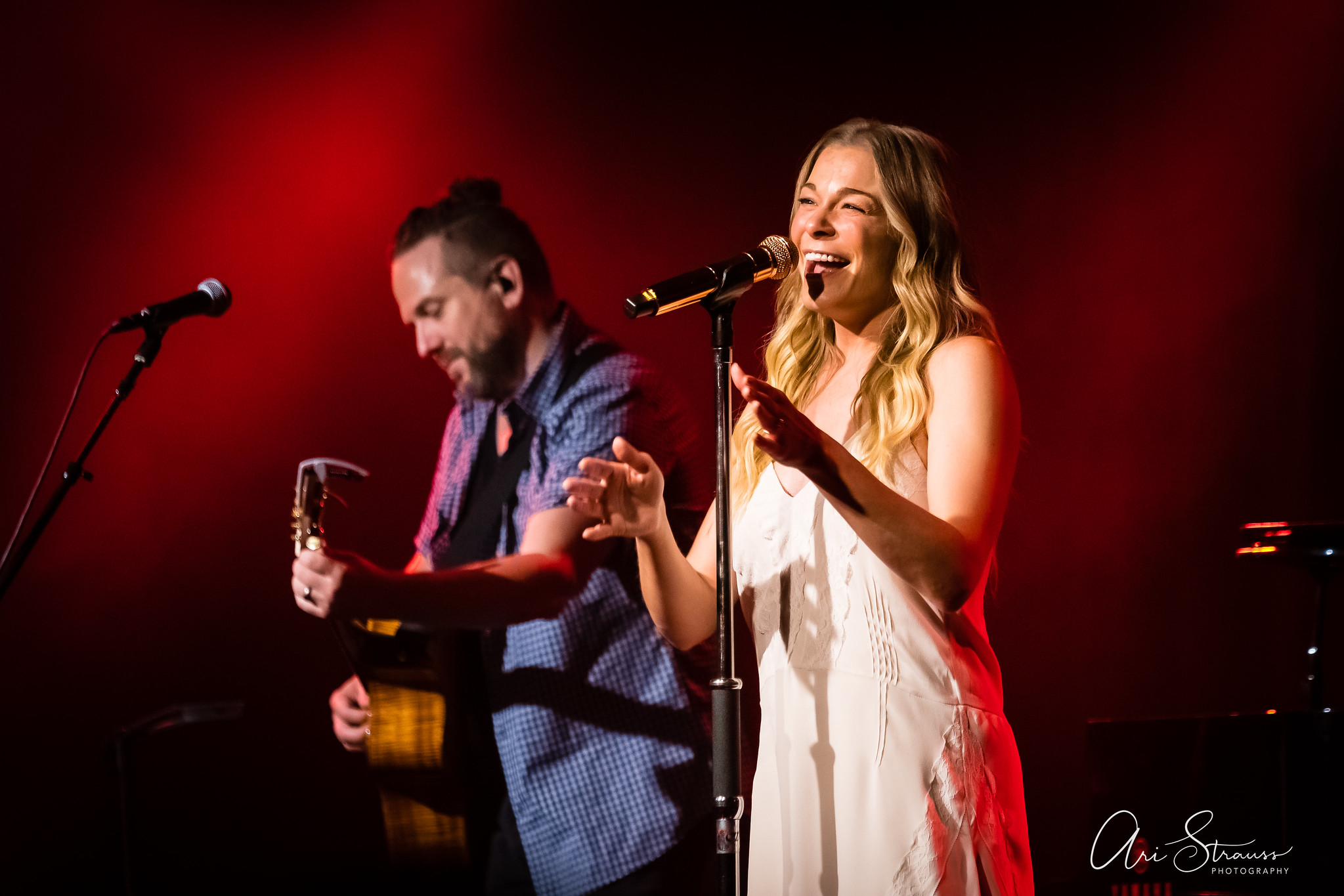 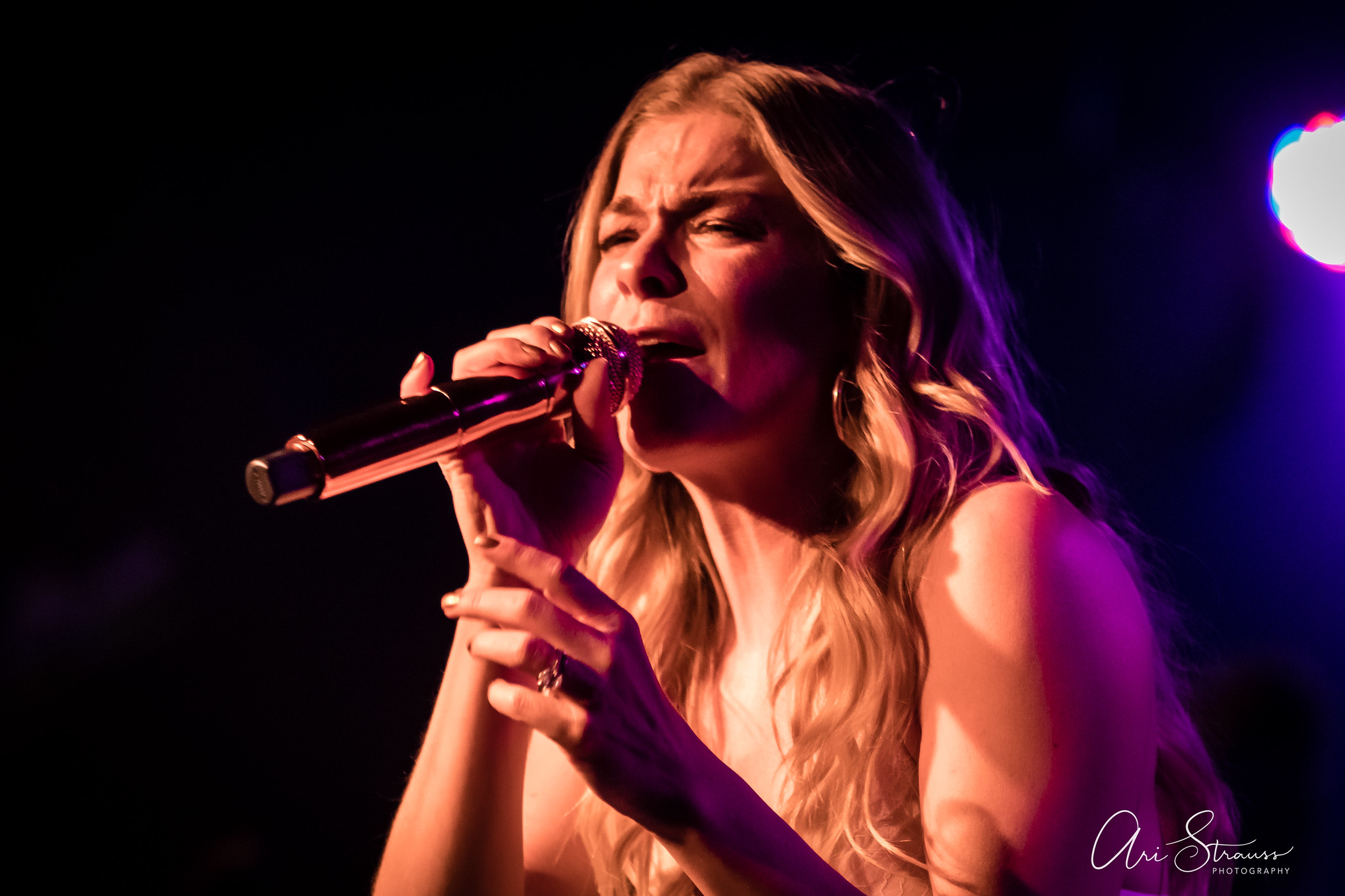 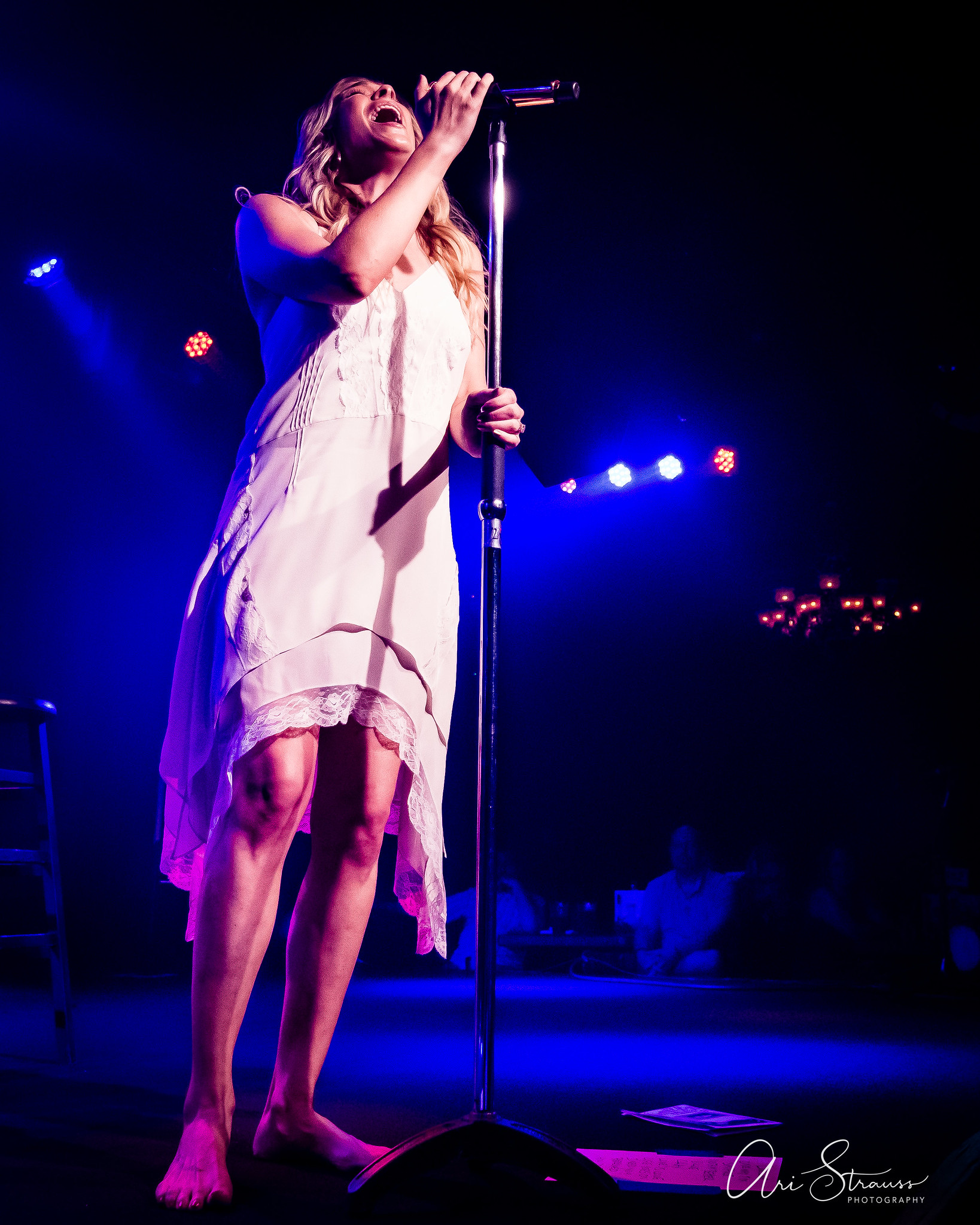 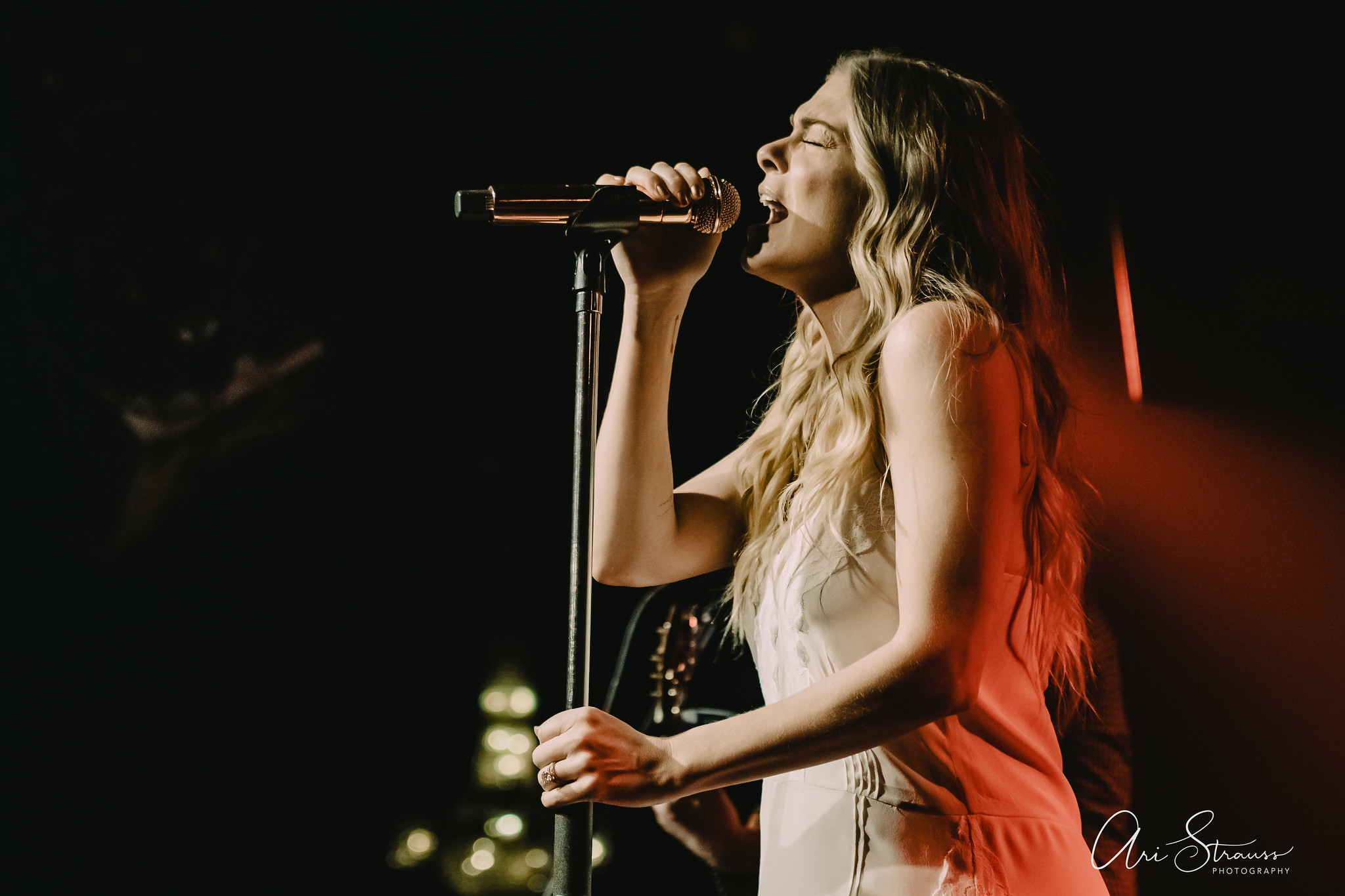 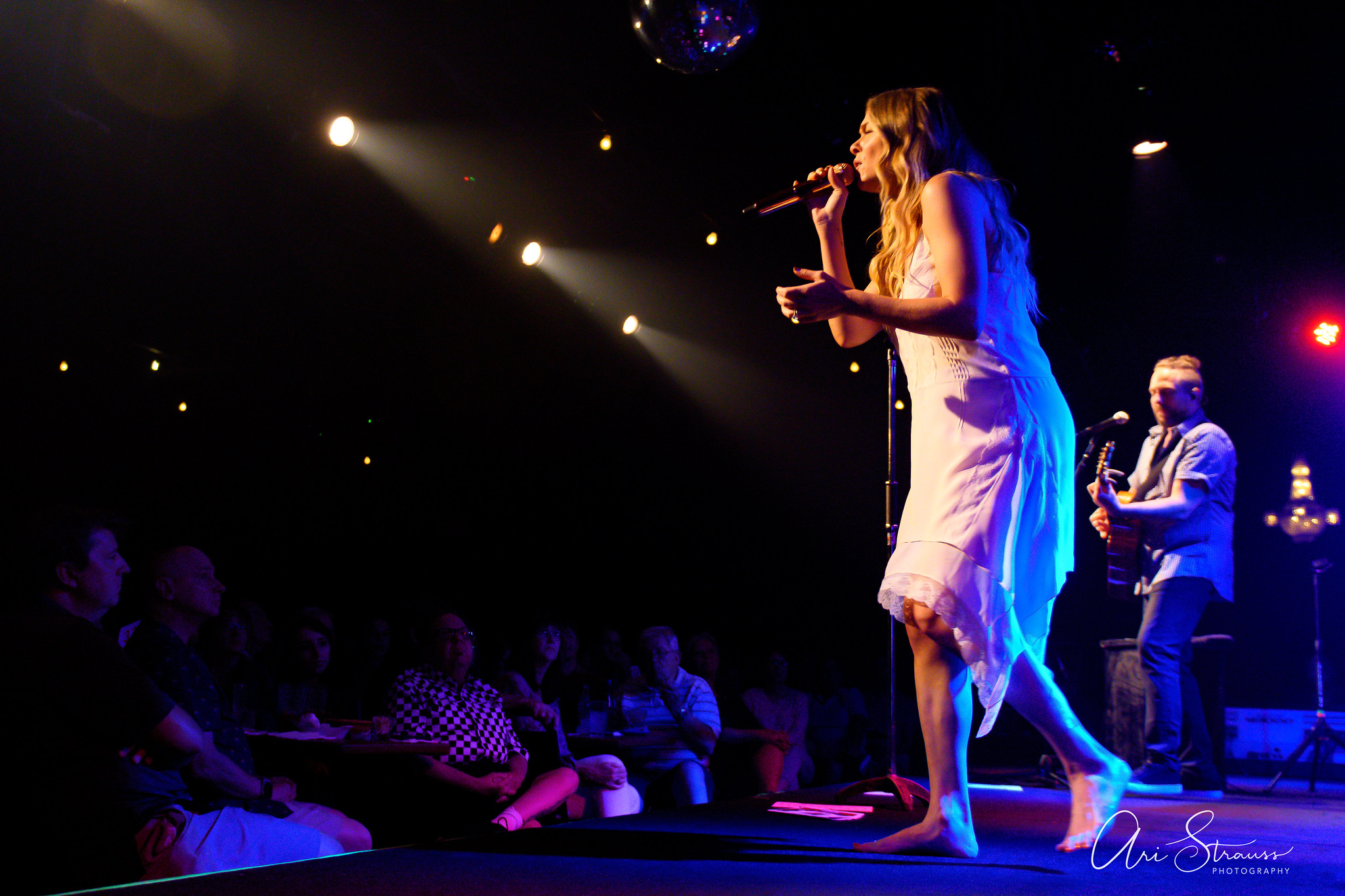 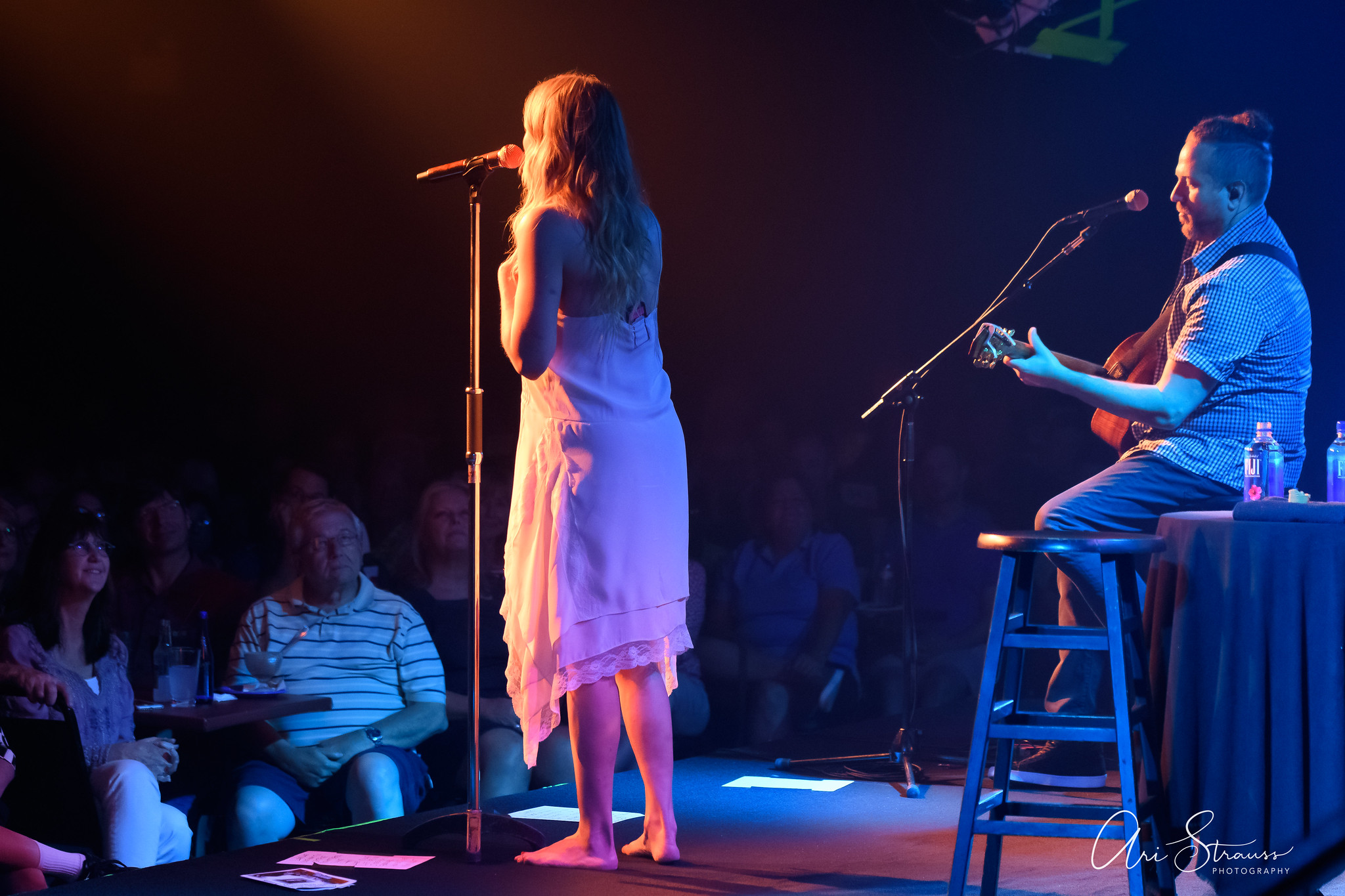 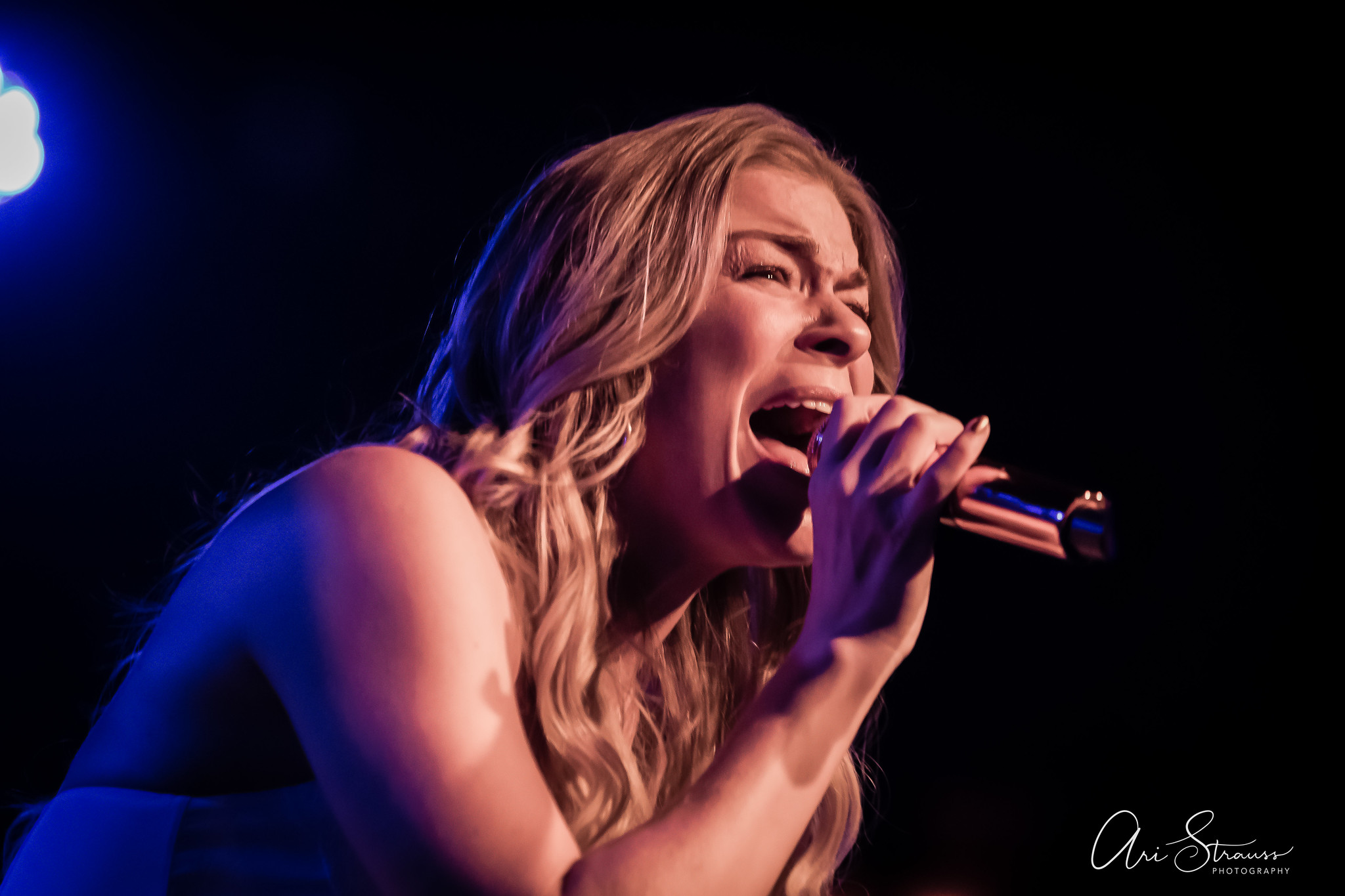 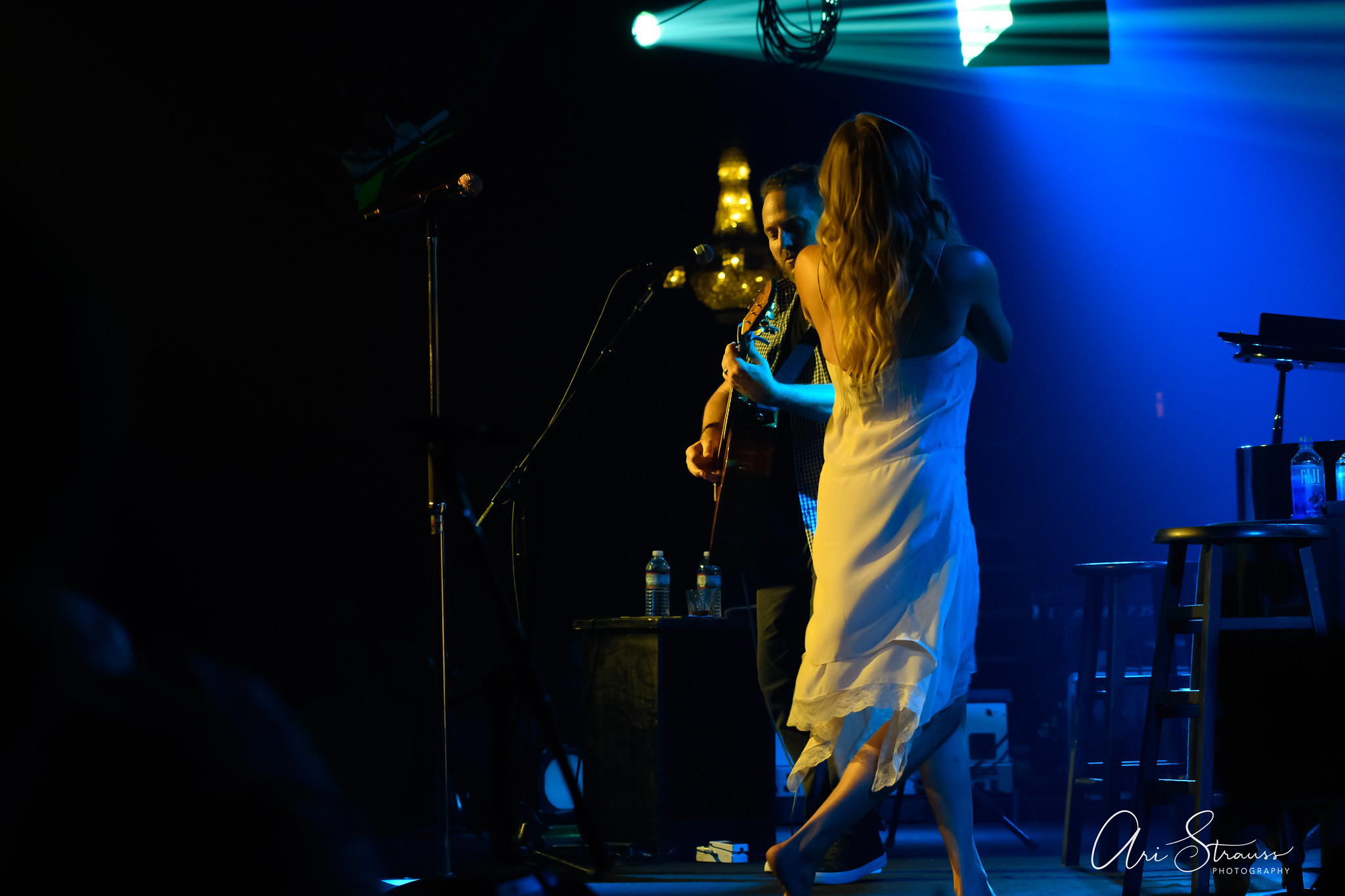 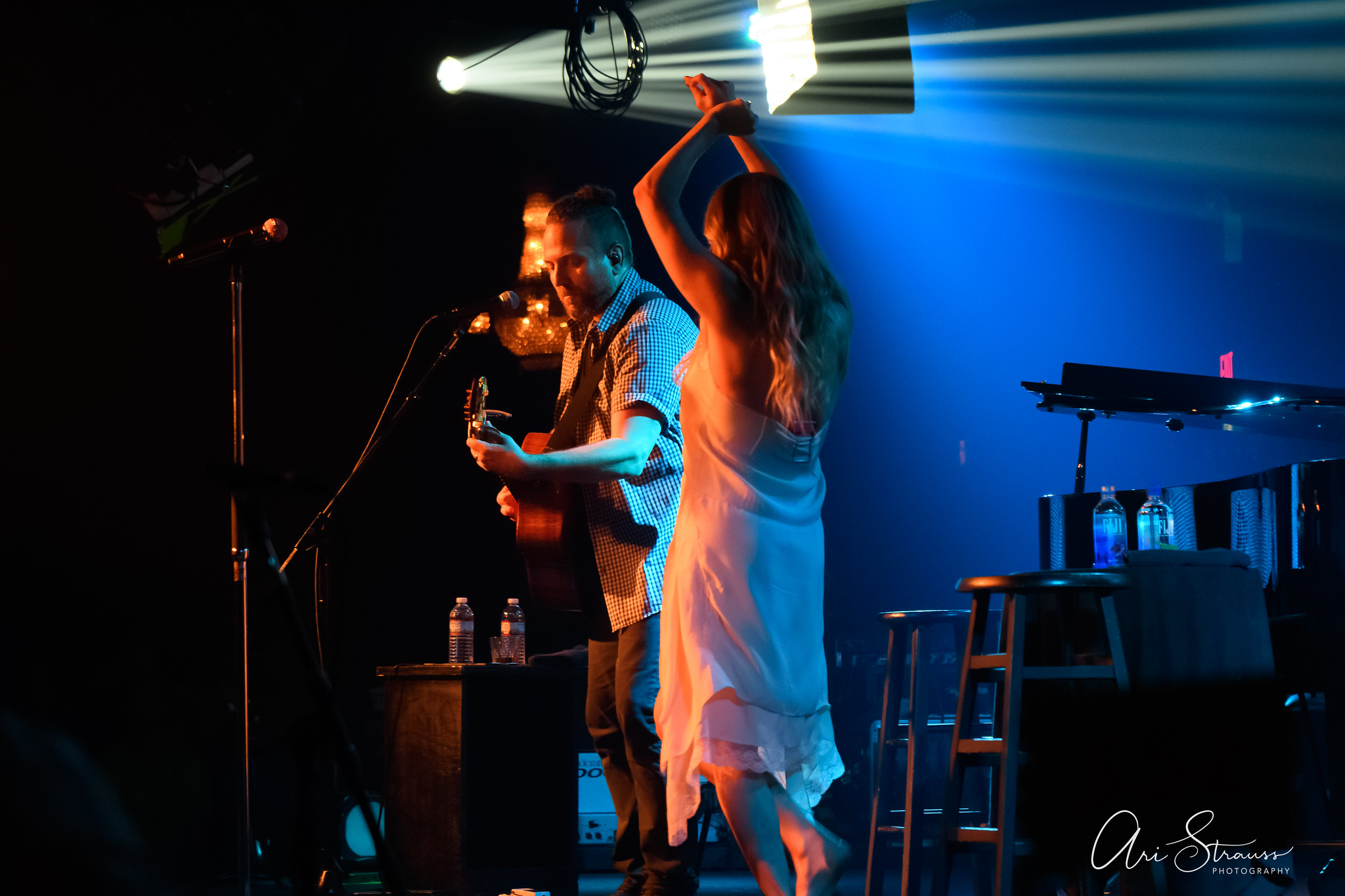 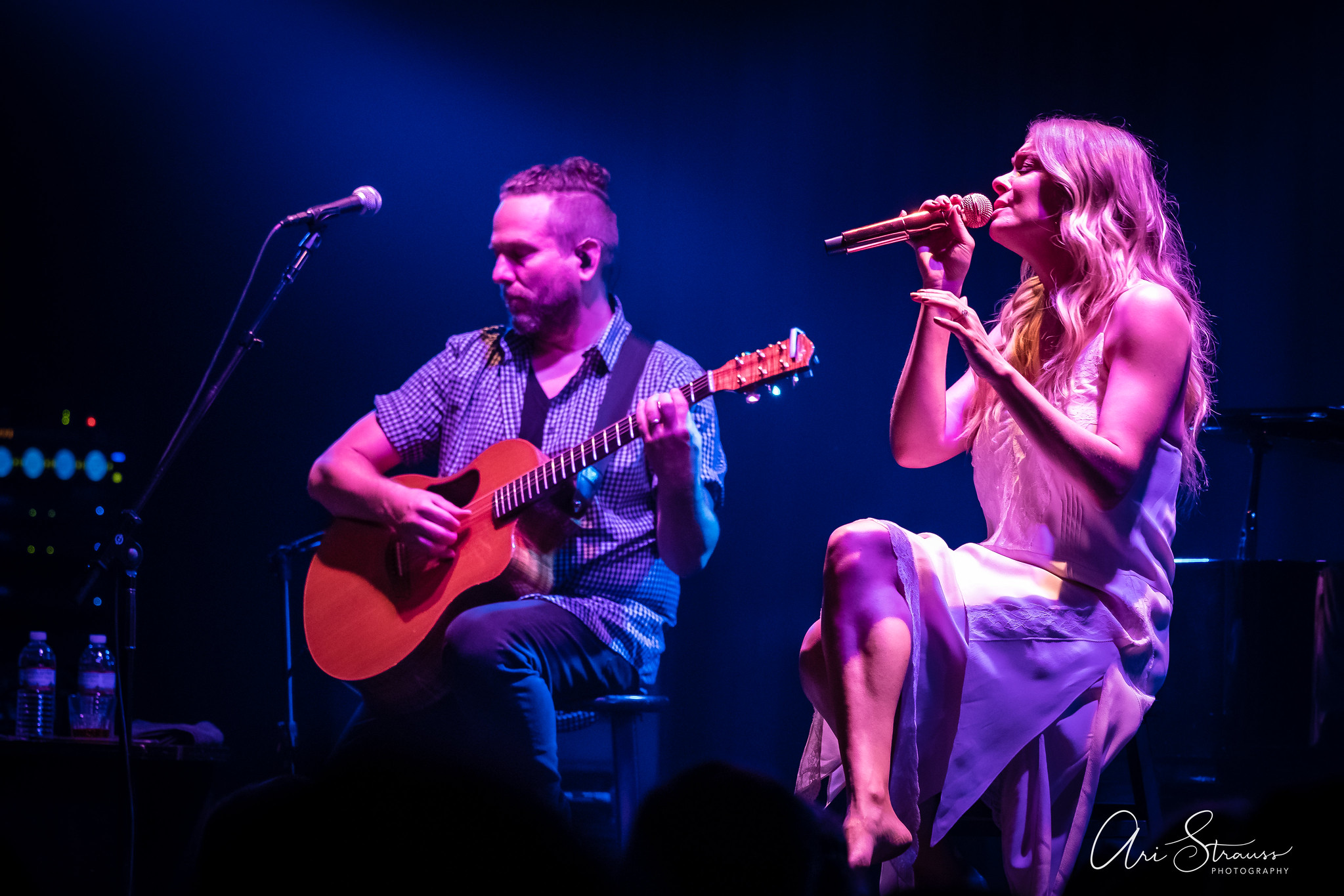 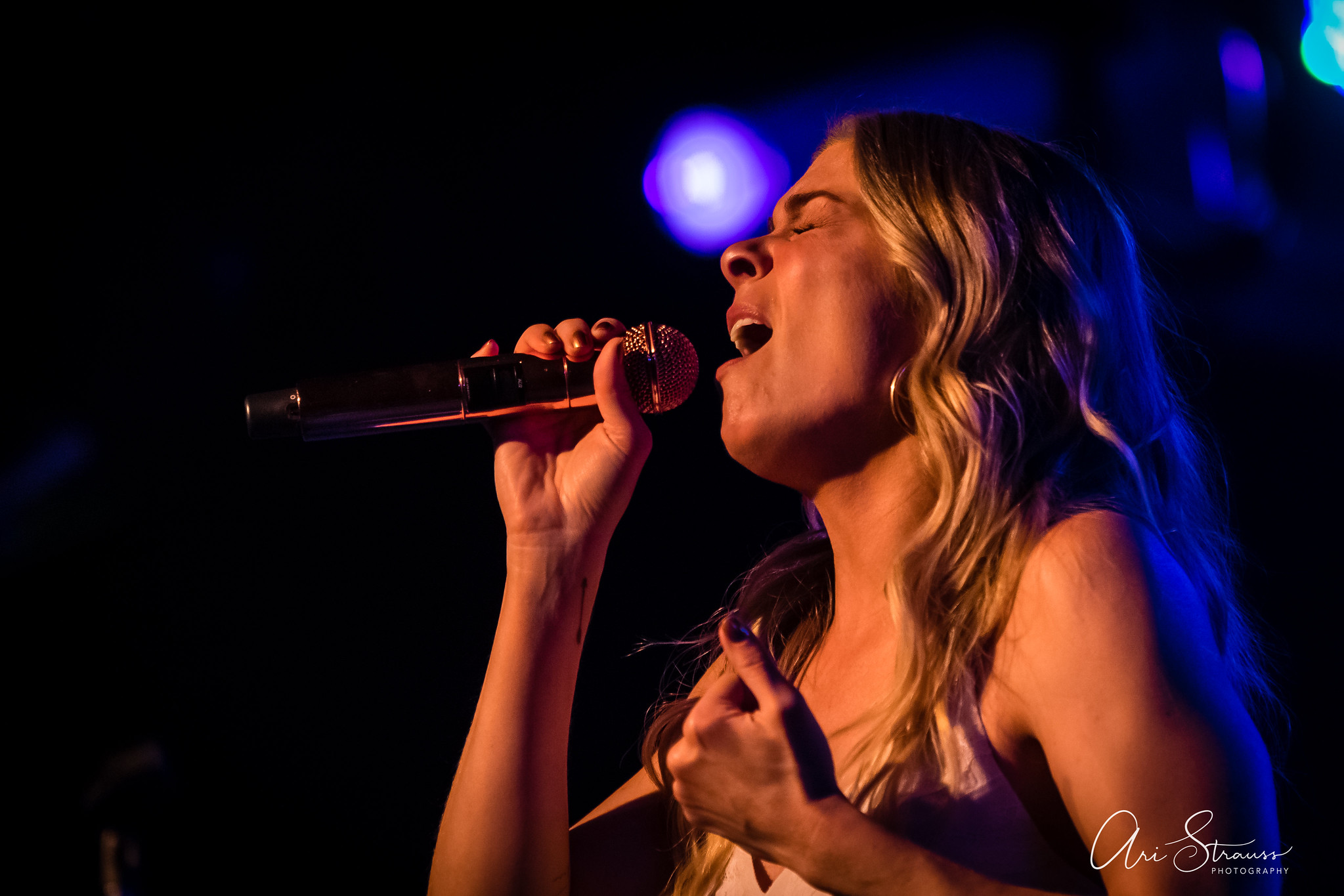 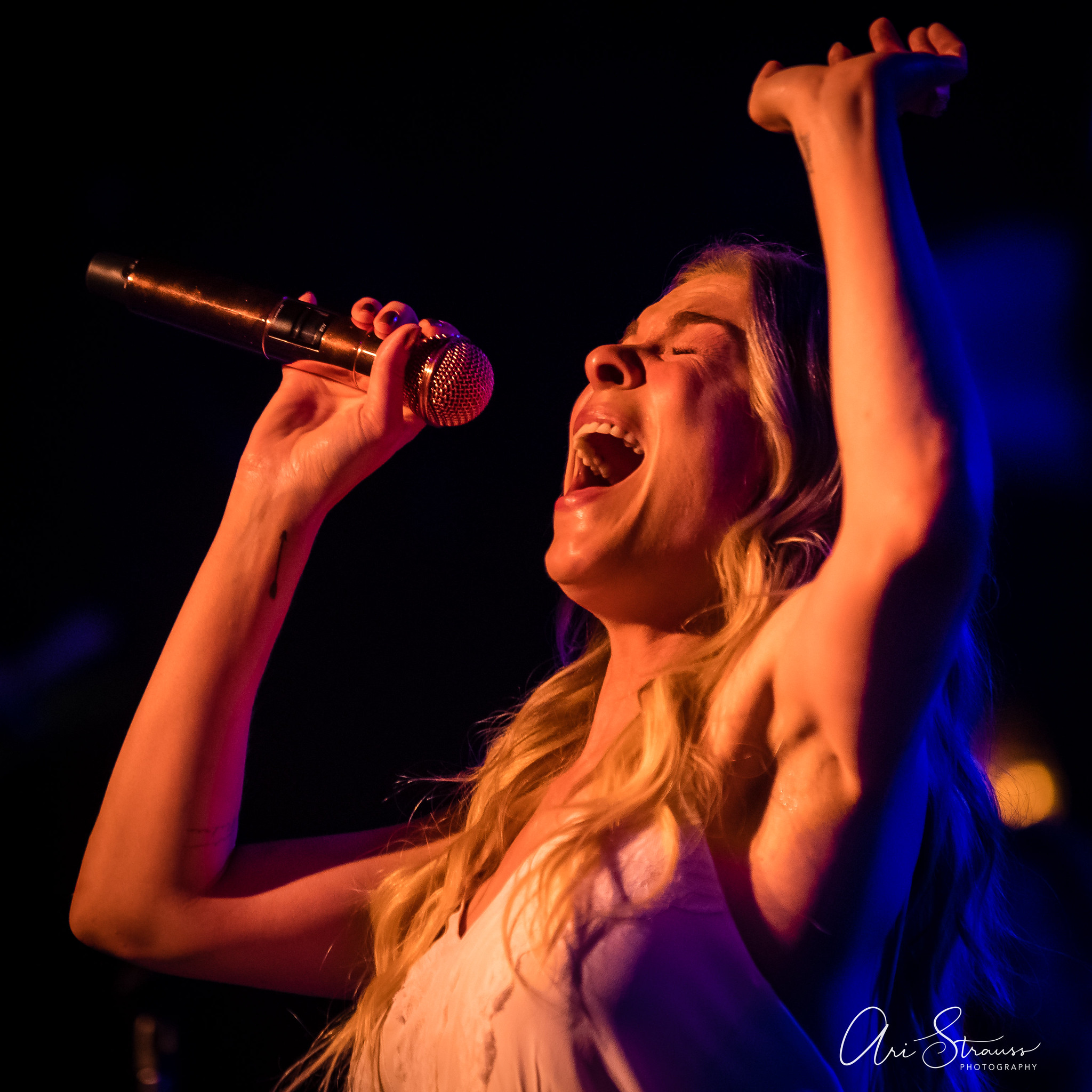 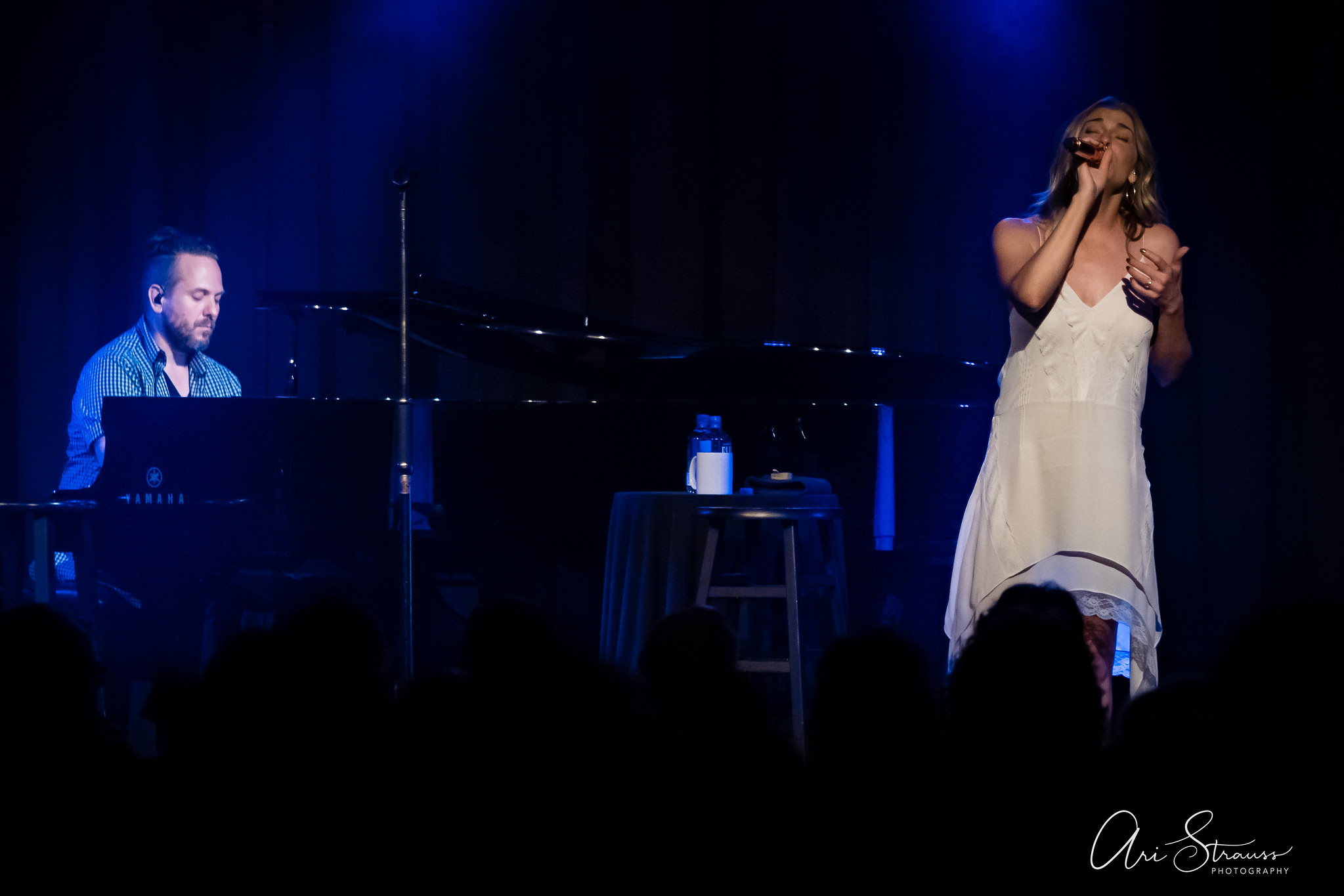 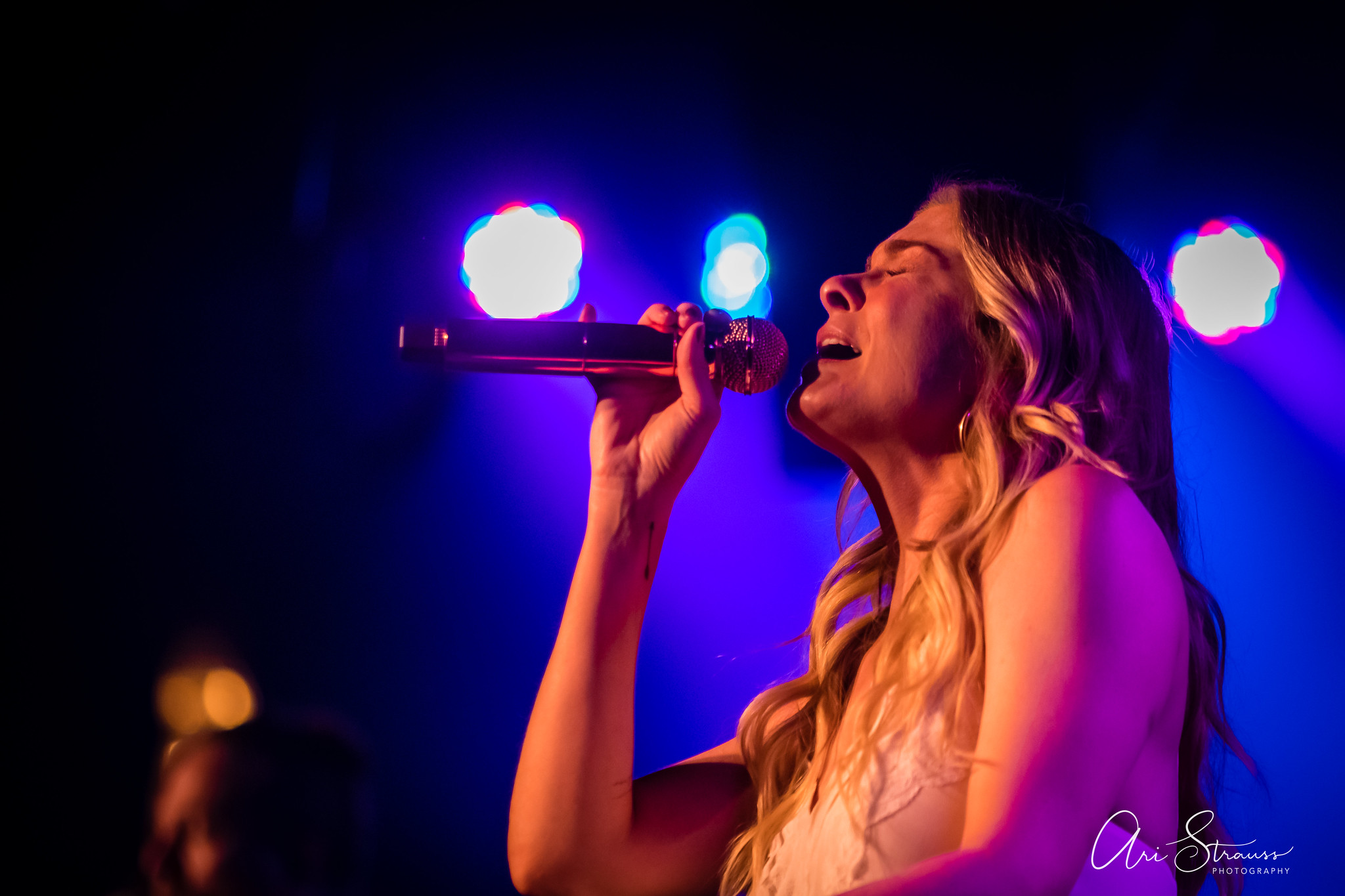