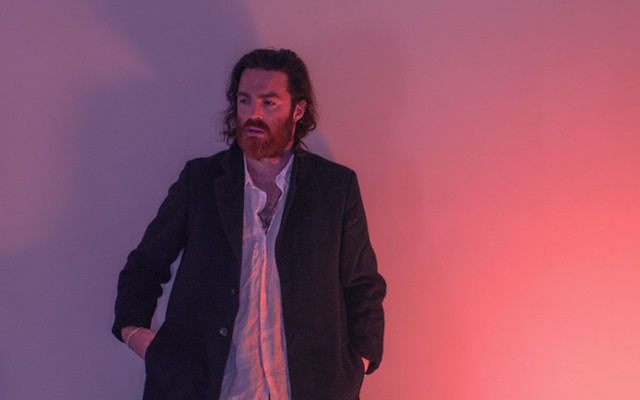 In the making of Run Fast Sleep Naked, Nick spent four years traveling the world solo with a microphone in his suitcase, recording his vocal tracks in whichever spaces and environments most inspired him. During that time, the Melbourne-bred singer/producer immersed himself in intense self-examination, a process aided by his reading of Joseph Campbell’s theories of the artist’s shaman-like role in modern society. With its penetrating songwriting and kaleidoscopic palette, Run Fast Sleep Naked is a hypnotically candid document of that searching, an album equally informed by constant questioning and steadily arriving at fragments of truth.

Although Nick captured his vocal performances in spaces across the globe — including his grandmother’s living room, a studio in Tokyo, a vacation rental he shared with his family in New Zealand, and his own New York City apartment — the musical component to Run Fast Sleep Naked was mainly recorded at Figure 8 in Brooklyn. And in sculpting the album’s shapeshifting sound, Nick enlisted over 15 musicians and a full orchestra, embedding each song with unexpected textures and wildly varied tones.

“It’s almost like I was finding different shapes and colors from around the world, and then bringing them back and putting them all together,” Nick said. “If you sit in one space for a long period of time, you get settled and stop experiencing the world in a new way. There’s a kind of power in leaping into the void without set structures and systems in place.”

Watch the official music video for “Dangerous” by Nick Murphy on YouTube:

In a review for AllMusic, Neil Z. Yeung said Nick Murphy embraced a more confident approach with the new album.

“There’s plenty to dissect on Run Fast Sleep Naked, with subsequent listens revealing new layers and surprises. With this deliberate rebranding to a more authentic self, Murphy delivers a more genuine vision that is satisfying and brimming with imagination,” Neil said.