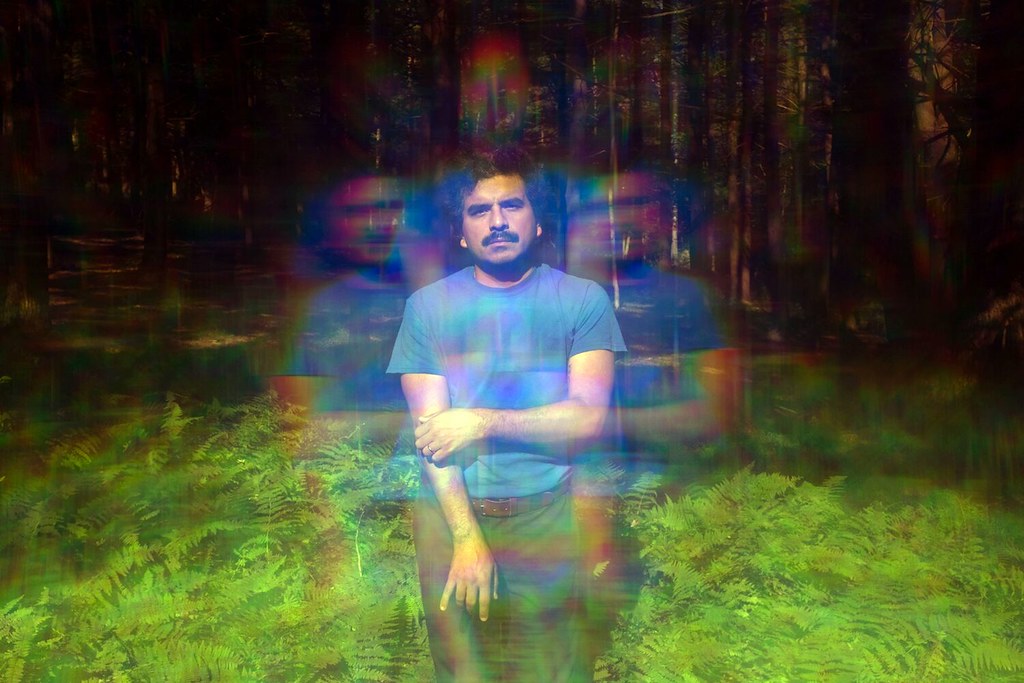 What does black ice cream taste like? If you’re Roberto Carlos Lange, you may say it’s a combination of flavors that inexplicably vary with every lick. The producer and singer-songwriter, better known as Helado Negro (“black ice cream” in Spanish), served up an eclectic mix of synth-pop, electro-folk, and Latin music during a recent performance at DC’s U Street Music Hall.

On June 28, the unassuming Helado Negro appeared onstage in a modest yellow t-shirt tucked into blue slacks. The antithesis of hyper-materialism. The South Florida native who now calls Brooklyn, New York, home struck me as a hipster Buddha. One whose calling is to transmit his ethereal music’s message of acceptance and positivity to rooms of adoring fans.

The airy synths on “Transmission Listen” floated through the venue, cooling everyone escaping the humid temperatures outside. The upbeat track was accessible for all, whether you chose to sway in your own personal space or whirl in bursts of exaltation. The song, inspired by the Buddhist idea of esoteric transmission — the creation of a sacred bond between teacher and student to impart knowledge without words —connected with fans.

During the show, the soft-spoken Helado Negro occasionally addressed the audience, which in the crowded venue sounded like barely a whisper. Fans would hush one another to hear the words from the mystic-like musician.

Stream Helado Negro’s latest album This Is How You Smile on Spotify:

Like the Chilean Poet Pablo Neruda, who also defied categorization, Helado Negro delved into surrealism, autobiographical accounts of childhood and the political during his performance. The soothing, synth-laced “It’s My Brown Skin” and “Young, Latin, and Proud” paid tribute to self-love and cultural pluralism. In a 2015 Pitchfork interview, Helado Negro described “Young, Latin and Proud” as about “…my culture and where I grew up, and how I grew up, and what it means for me…”

The son of Ecuadorian immigrants, Helado Negro was raised in Lauderhill, Florida, in a primarily Caribbean neighborhood. Hip hop, electro music, and Miami Bass were the ‘80s soundscape for the world outside his childhood home while bachata, merengue, cumbia, and salsa reigned supreme inside. The melding of these influences comes through in his music and was especially present during his performance of “Are I Here.” The electro-pop song, with lyrics in Spanish and English, had a distinct bachata bounce and tropical cumbia vibe.

The U Street Music Hall’s colorful backlights and smoke machine created a moody silhouette of Helado Negro as he sang “Running.” The song that floats along a sea of introspection is by far my favorite from his sixth and most recent album This Is How You Smile (2019). I’m not alone. The song has over 1.3 million Spotify streams.

Watch the official music video for “Running” by Helado Negro on YouTube:

Helado Negro’s performance combined a wide variety of sonic textures that created a vibrant and expansive musical experience. An hour into the show you’d still be hard-pressed to describe black ice cream but like the fans clamoring for “otra, otra, otra,” you’d want more too!