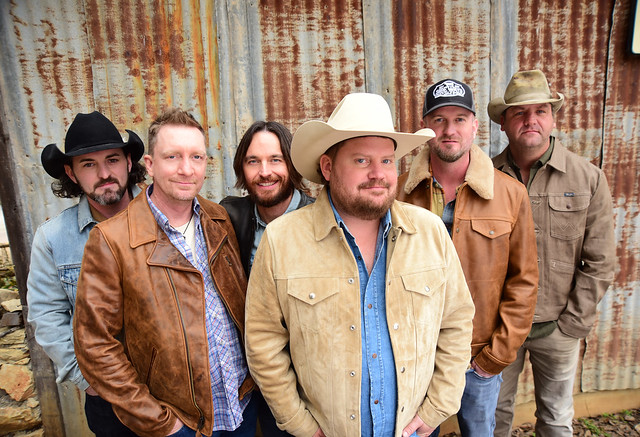 Randy Rogers is a hard-touring frontman whose mix of “country music based in the genre’s rich outlaw tradition” (New York Times) and “red-blooded heartland rock” (Dallas Observer) has earned an audience not only in his native Texas but also across the entire country. Randy has sent seven consecutive albums — including his 2015 duet album with Wade Bowen, Hold My Beer, Volume 1 — into the Top 10 of the Billboard Top Country Albums Chart.

Hellbent finds him working once again with his longtime band, whose members will celebrate their 20-year anniversary next year. That’s not the group’s only recent milestone. In addition to debuting at #3 on the Billboard Country chart and #4 on the Americana/Folk chart, Hellbent also cracked the all-genre Top 40 — a landmark for any band, but a particular rarity for an independent act.

“Crazy People,” the album’s lead single, has already received over 1.1 million streams, landing placements in a number of high-subscriber Spotify playlists along the way. Additionally, the song has also dominated the Texas Radio Chart, holding the #1 position for two weeks running.

With tracks like “Drinking Money,” “Comal County Line,” “Fire in the Hole,” and “Hell Bent on a Heartache” also receiving placements on playlists like Pandora’s New Country Now, Spotify’s Next From Nashville, and Apple Music’s Don’t Mess With Texas, Hellbent is just beginning its journey. More milestones lay ahead. In the meantime, you’ll find Randy Rogers Band on the road, proving why it’s “an enduring country treasure” (Music Row) whose road-warrior lifestyle “shows no signs of slowing down” (Billboard). See for yourself at 9:30 Club on Thursday!