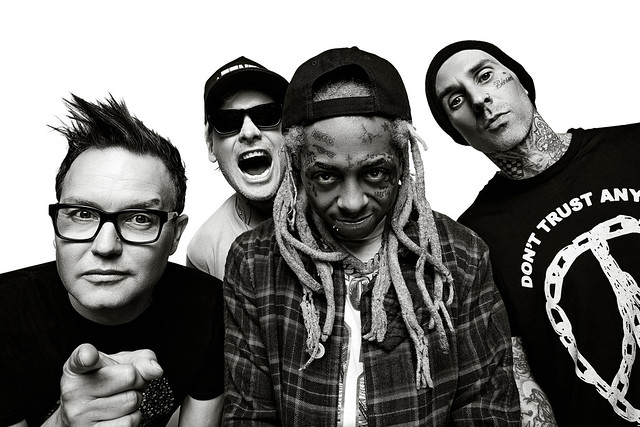 “The cool thing about ‘Generational Divide’ is that it’s fast and hard but still a Blink-182 song. Travis Barker lays down a furious backbeat, but Mark Hoppus and Matt Skiba sing big, hooky melodies back and forth at each other,” he wrote.

Watch the official music video for “Generational Divide” by Blink-182 on YouTube:

Said Shawn Setaro for Complex: “While Tha Carter V has a few too many draggy ballads and ’90s rap remakes among its 23 tracks, it’s an overall solid effort by a man who at one point called himself the best rapper alive with enough gusto that tons of people believed it. The album has a fair amount of moments like ‘Dedicate’ and ‘Let It Fly,’ where Wayne recaptures the what-will-he-possibly-say-next magic of his peak.”